Assembly of the People will assist in Kazakhstan’s modernisation, says President

By Malika Orazgaliyeva in Nation on 28 April 2017

ASTANA – Kazakh President Nursultan Nazarbayev told the 25nd session of the Assembly of the People of Kazakhstan (APK) that the assembly will be instrumental in achieving the country’s modernisation. 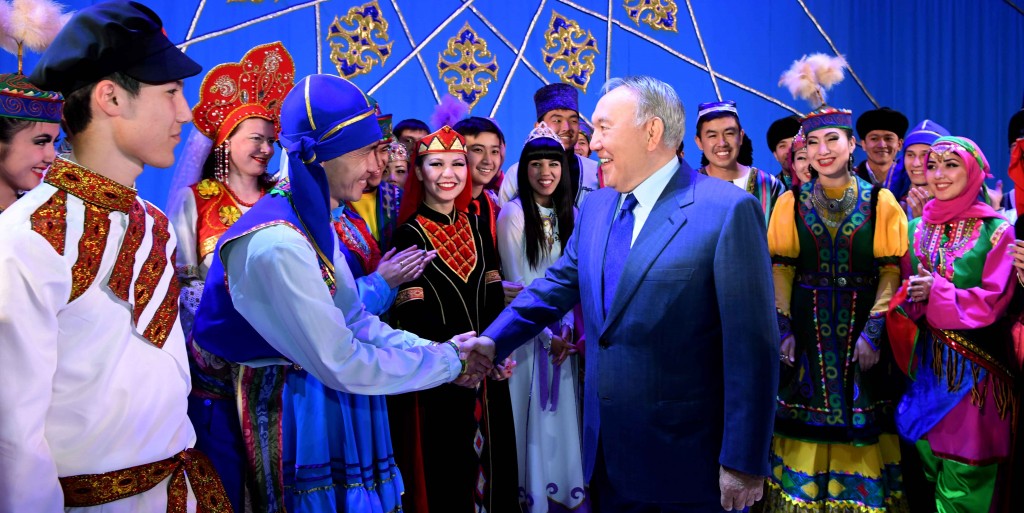 Nazarbayev told the assembly during an April 25 gathering at the Palace of Peace and Harmony that the assembly will be involved in modernisation programmes, including “Tugan Zher” (Homeland), “100 New Individuals of Kazakhstan,” and “Modern Kazakh Culture in the Global World.” Nazarbayev also mentioned the “New Humanitarian Knowledge. 100 New Textbooks in the Kazakh Language” programme, which is meant to improve the country’s level of education.

“This year, the forefront of all our work is occupied by the systematic modernisation. We have already launched the economic and political modernisation. Now, we proceed to the modernisation of public consciousness, which is written in my article ‘Course towards the future: modernisation of Kazakhstan’s identity’,” Nazarbayev said.

More than 1,500 people attended, including APK representatives from all regions, chairpersons of national and regional ethnic and cultural associations, deputies of Parliament, heads of central executive bodies, political parties, religious organisations, nongovernmental organisations, representatives of the diplomatic corps and representatives of science, art and the media. The theme of the meeting was “Stability, Unity, Consent Are the Basis of Modernisation.”

Nazarbayev, who chairs the Assembly, signed appointments of the two new deputies and directed the APK to create a multimedia website in 2018 and an interactive historical map “The People of Kazakhstan.” He also called on representatives of the business, art and scientific community to participate in the “Tugan Zher” (Homeland) programme to assist citizens in villages.

Nazarbayev also drew attention to the global risks the country and society face.

“The citizens should know that peace and stability do not develop on their own. The state firmly keeps its hand on the pulse of interethnic and interdenominational processes. All the state bodies and APK conduct daily painstaking work to strengthen national unity,” Nazarbayev noted.

Participants also adopted an appeal underlining that modernisation of Kazakhstan’s identity is a natural and necessary step in the country’s development.

A gala concert was held after the meeting.