ASTANA – A teacher of physical education from the Aktobe region breeds African ostriches in his back yard. 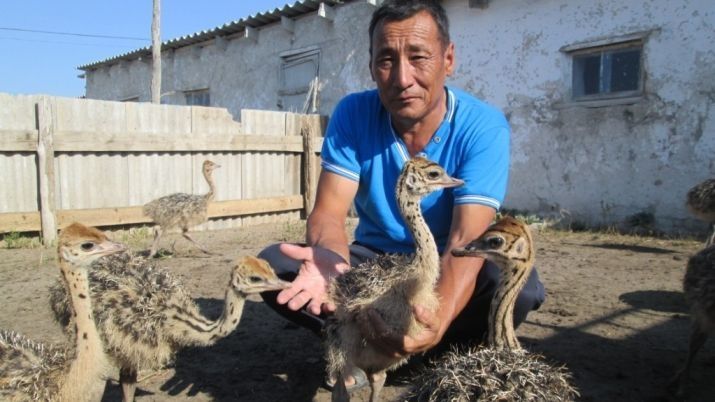 Sailaubek Matayev brought 20 exotic chicks in the summer of last year from the Samara region of Russia. Together, with his brother they took a loan under the Road Map of Employment Programme. Each bird cost 68,000 tenge (US$218).

Everyone has been predicting that birds will not survive the harsh winter. But the brothers did not leave their idea and provided the nestlings with proper care. There were losses due to the lack of previous experience, but, fortunately, insignificant. As a result, the chicks not only survived, but also got stronger. Now their height is around 1.6 metres.

“They still have to grow. They will be only one year old soon, most importantly, the winter is over, and they have already adapted to our climatic conditions,” said Matayev.

He says he is doing everything to prevent their death. In this period you need to be patient, he adds. One more year is needed for them to produce their first eggs. This African breed is recognised as the best in terms of egg-laying and also considered a long-liver. The entrepreneur believes his expenses should pay off.

In addition to their meat and eggs, their feathers and skin also have a good price. The siblings from the rural district believe an ostrich farm is a very real and profitable project.

But Matayev does not hide that there are complications. He buys the food for the birds at the market and it is not cheap. He does not complain, but he hopes for additional state subsidies to expand production.

The farmer plans to buy a dozen ostriches and 30-40 quails. He has appealed to local authorities to provide land for the expansion of a subsidiary farm. He believes that it would be a good idea to establish an exotic ostrich park near the village in natural conditions, especially since the Bulak rural district is located near the international route and is included in the tourist route of the region. It is located around 50 kilometres from Aktobe.