By Kamila Zhumabayeva in Business, People on 21 April 2017

ASTANA – The six co-pilots of Air Astana, who first graduated from Air Astana’s of Ab-Initio training programme, recently became captains, reported Kapital.kz. Having flown six years as a co-pilot, Roman Suleimanov is one of the first graduates and has now been appointed as a captain. 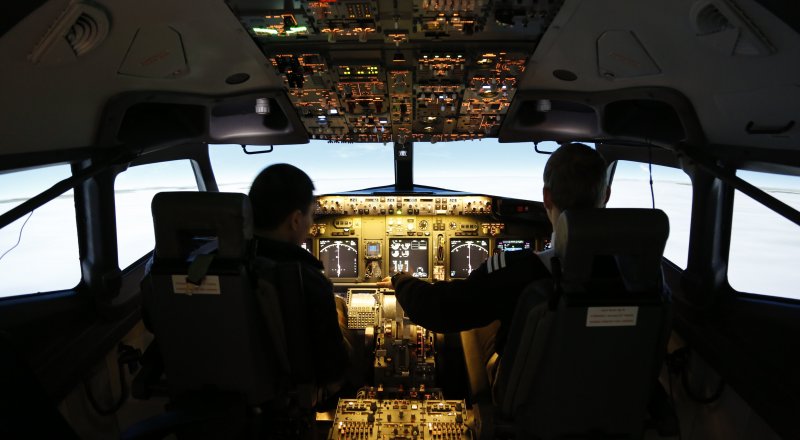 “I believe our pilots from Kazakhstan are as good as foreigners; our training is not inferior to theirs. Our airline company has high safety and flight operation standards acknowledged throughout the global aviation industry. As a matter of fact, civil aviation in Kazakhstan is flourishing now,” he said, according to the news report.

In the midst of the 2008 shortage of professional local personnel, Air Astana made the decision to train talented young people in aeronautics and launched Ab-Initio (“from the beginning”).

The process of shortlisting participants, held on an on-going basis, incorporates several stages. The approximately 20 best candidates who pass all levels receive an opportunity every year to train in the world’s best flight schools.

The training lasts 16-18 months and on average amounts to $100,000, with the airline depositing 100 percent of the upfront fee for the programme and not demanding any financial warranties from students, noted Kapital.kz.

A cadet must compensate half the cost to the company during his working practice. Less than 50 percent from a cadet’s salary is withheld monthly.

A total of 186 Kazakh residents have completed the programme and now work as co-pilots for Air Astana. Enrolment is conducted throughout the year, with about 20 students annually sent for training.

“This programme contributes to selecting the most talented people in the ranks of captains of civil aviation,” said Viktor Chugai, who has become an Airbus A320 captain.

Berdykhan Agmurov, Talgat Akhmetov, Dmitry Petin and Timur Turgambayev were also among the first cadets to become captains. All carry out flights on Airbus A320 airplanes.

Two more co-pipots who have completed the programme are currently undergoing on-the-job training under the supervision of instructors and are to be employed as captains by the end of April.