ASTANA – Kairat Amanbayev, also known as Kai Aman, is the 25-year-old chef and founder of Resto Studio – Modernist Cuisine, a trendy new place on the map of capital restaurants. The official opening is not scheduled until July, but the city’s first molecular gastronomy spot already serves customers in the evenings. 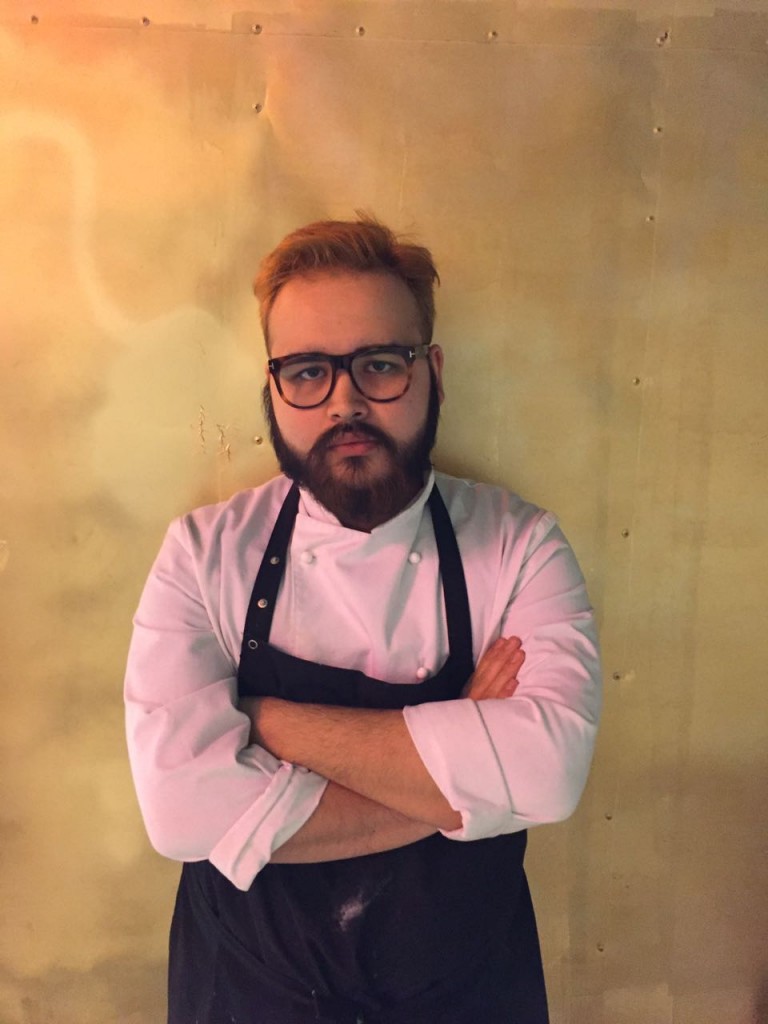 “For some people, the main feature of the restaurant is design or open kitchen, for example; for me, it’s probably cooking itself, creation of something completely new, the development of a culture in the field of culinary arts,” he said in an interview for this story.

Prior to the official opening, the young chef plans to add a summer terrace.

“But the serving will not be as in other places. Usually it is ashtray, salt and pepper. Here, there will be a Baccarat-style table. That style never gets old. The table will be served with china, crystal and ceramics,” he added.

Cooking is Aman’s true passion. He is a graduate of the British Royal Academy of Culinary Arts and has been training and working in different cities and countries.

“I risked choosing such a format and I hope to show the people of this beautiful city something new, something they have not tried yet,” he said.

For the entrepreneur, it is all about the cuisine.

“The cuisine is about the art of finding new combinations, about the development of our tastes, something much more adventurous; it is about working with unexpected combinations of ingredients. The kitchen is about exciting new challenges and a life-long world of creative possibilities. Science gives us the opportunity to analyse and determine the compatibility between the different ingredients at the molecular level,” he added.

“It is no secret that our food system is out of balance. Global challenges such as climate change, sustainability and obesity are directly linked to food. By changing the way we eat, we can restore our planet and maintain a healthy life,” said Aman.

The company’s long-term mission is to become a platform to create unique, fully customisable recipes based on science and promote healthy, sustainable living.

“We believe that by opening up exciting new flavour combinations, we can improve our enjoyment of food and the quality of everyday life,” he said.

Serving alcohol in the restaurant is still under discussion.

“I have been thinking a lot to make it in a modern molecular gastronomic style. To make alcohol in powder, we can take whiskey and mix it with maltodextrin and tapioca, so we get powder, which is easily soluble in water or any fluid,” said Aman.

There are also plans to open a school for cooks, waiters and bartenders.

“I feel really bad that this profession [cooking] is not appreciated by many, although it is hard work. Therefore, to be a chef you need to be crazy in a good way, because only people in love with the profession can work in such circumstances. Usually, cooks come to work before anyone else – at 7-8 a.m. in the morning to make preparations. Waiters constantly hurry them, because guests think that robots work in the kitchen, so you have to do everything in a hurry and under very big psychological pressure. All day, sometimes it can be 16-20 hours, you work on your feet, so by the end of the day your back and legs refuse to hold you and beg you to sit on the floor,” he said.

But it is all worth it when guests give compliments and appreciate the work.

“We work for those seconds. I become really happy when I see I made people a little happier,” he said.

Aman, born and raised in Almaty, moved to the capital several years ago.

“Everyone has their goals in this city and I had mine, too. One day I saw a brochure with information about Business Road Map 2020. I did not know how business worked and went through 48 hours of training in Damu and continued participating in courses,” he said.

“I did not want to get millions in cash; I just wanted to show this city my experience which I got in the west in the United States. I wanted to develop affordable food in the city,” he said.

He worked on his idea for almost six months, but due to legislation issues had to abandon it. He didn’t give up, however, and started studying the city’s restaurant market from the inside “to better understand the system.”After that experience and taking into account other issues, Aman continues to work on Modernist Cuisine to make it something truly unforgettable and innovative.