Foreign visitors, particularly from Europe and North America, are often surprised to find that Women’s Day is both a public holiday and national celebration in Kazakhstan. While they may be accustomed in their home country to March 8 being a day to highlight the long battle for women’s equality, here it is more like a cross between Valentine’s and Mothers’ Day – the chance to show appreciation to mothers, wives and girlfriends. 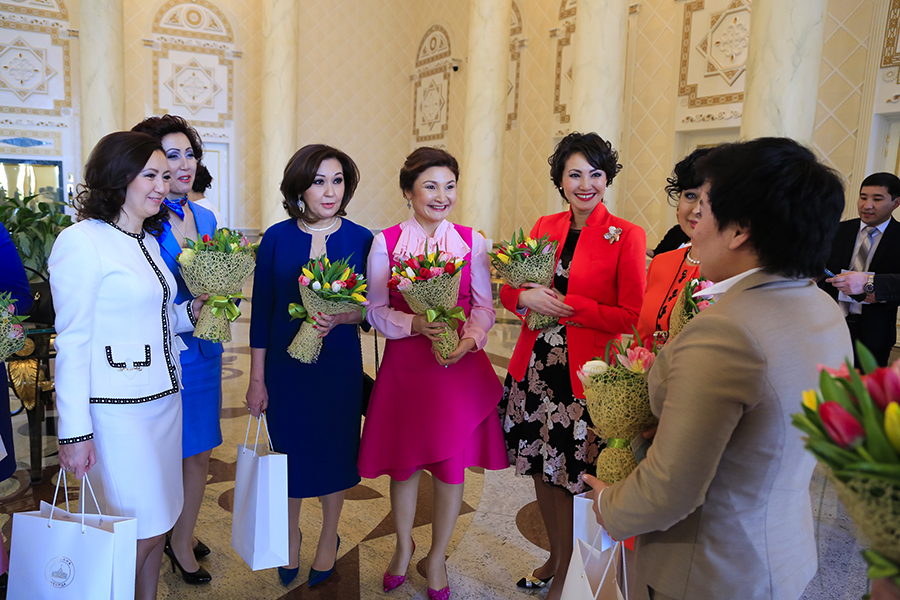 It is a tradition, now decades-old, shared by many other countries in our region. Families are brought together on what is a joyous occasion in the national calendar. Flower-sellers enjoy one of their busiest days of the year.

But while the focus over the next few days will be on family celebrations, this does not mean the roots of the day in the struggle for women’s rights, or why it is so important, is forgotten in Kazakhstan. In fact, the government has made dismantling the barriers which prevent women playing their full role in our economy and society a major priority.

There is, of course, good reason for this emphasis. In the knowledge-based economy, the countries that succeed will be those who harness the full potential of all their citizens. And failing to make the most of the talents and energy of an entire gender will make it very difficult for any nation to achieve its economic and social goals.

It is an area where our country can point to solid progress. It is not often, that Kazakhstan, despite all the achievements of the last 25 years, finds itself ahead of both the United States and Japan in a global index measuring social progress. They are, after all, two of the world’s most successful and prosperous nations. So, the report last year putting our country above these international leaders on gender equality received global coverage.

The Girls’ Opportunity Index from Save the Children, the international charity, put Kazakhstan in 30th place – two above the United States and five ahead of Japan. Kazakhstan scored particularly well because of the higher proportion of women in Parliament. Women now make up 27 percent of those in the lower house – a major improvement on the 10 percent only 10 years ago.

Progress in the economy has been even more impressive. A conference in Astana last month heard that 44 percent of the country’s small and medium sized businesses – the engines of growth – are now run by women. With targeted support from the government, which has made supporting and expanding the SME sector a national priority, and international organisations such as the European Bank for Reconstruction and Development, we can expect this number and the jobs they support to increase.

Women are also moving into sectors, such as the energy industry, which have been the traditional preserve of men right across the world. With a big increase in recent years in female students taking degrees in engineering and other technical subjects – having long out-numbered men at the country’s universities – there will be many newly trained recruits in the years ahead.

But there is no room for complacency. There is plenty of scope for further improvements. For example, we also reported last month that there are still more than 200 occupations from which women are barred, largely because of out-dated regulations.

Ending such restrictions – while necessary – is not, however, the whole answer. It is also important to change the culture that puts in place informal barriers or fosters the belief that women should not be recruited or promoted. It may be done from the point of view that women are to be protected but the end result remains a damaging reduction in the pool of talent available.

This is not, of course, just a challenge for Kazakhstan but for all countries across the world. No nation has yet managed to produce a true level playing field which enables everyone, whatever their background or gender, to contribute fully to the success of their national economy and society.

The faster Kazakhstan can achieve this goal and provide genuine opportunity for all, the better for everyone, men as well as women. And that will be another reason for national celebrations.