What Central Asia can offer as tourist destination

ASTANA – Throughout the centuries, Europe has been reigning supreme as the world’s most visited tourist destination. As of 2015, France topped the list of the most popular vacation spots, followed by Spain (third), Italy (fifth), Turkey (sixth), Germany (seventh) and the U.K. (eighth), leaving the U.S. (second), Mexico (ninth) and Russia (10th) as the only three remaining countries in the top ten.

Supposedly, tourists spend a few summers tanning in Asia Pacific, a few more exploring medieval castles and roaming narrow streets in Spain and Austria and are then perplexed with what to do on their next vacation.

By human nature, people are curious about the unknown and mysterious. Central Asia is not the destination that immediately pops into one’s mind after hearing the word “vacation.” It doesn’t excite like the beaches of Thailand or the Maldives, but does raise a few questions: Why go? What is there to do or see? and the most common question, Where is it?

Central Asia is often referred to as the region of the five “stans” – Kazakhstan, Kyrgyzstan, Tajikistan, Turkmenistan and Uzbekistan. All these countries have commonalities; once left by the reverberation of the Soviet Union, as well as cultural and traditional similarities, yet today they are quite different in terms of foreign policy and internal affairs.

Central Asia is famed for the Silk Way – a trade route that spun for centuries connecting merchants between East and West. People are often stupefied when asked about this part of the world, so The Astana Times wanted to shed some light on the region’s pearls.

The enchanting Samarkand, considered to be Tamerlane’s capital, is nearly 2,750 years old. Timur the Lame, also known as Tamerlane, was a Mongol ruler, founder of the Timurid Empire in Persia and Central Asia and the first ruler of the Timurid dynasty. Rome is the only other remaining city as old as Samarkand; the other, Babylon, was destroyed in 539 BCE. 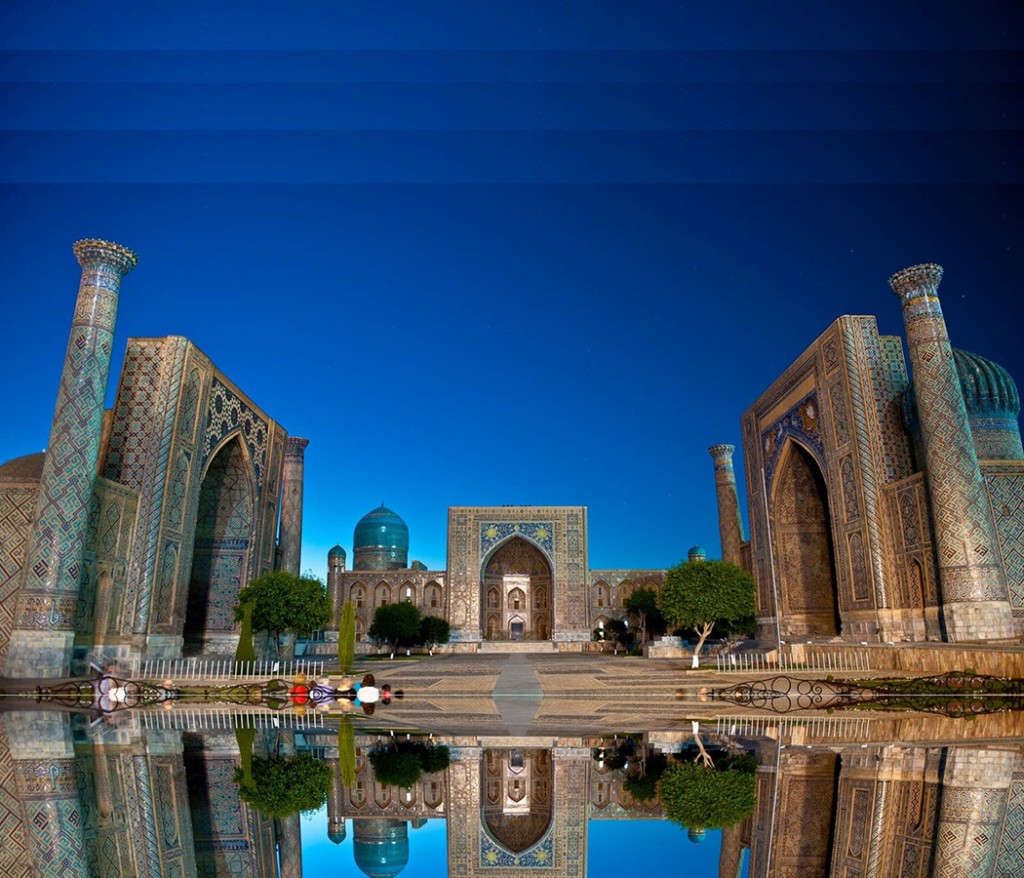 Samarkand has survived conquerors such as Alexander the Great and Genghis Khan, the Arabic Conquest and finally Tamerlane’s conquest. As a result, the city’s culture is a mix of Iranian, Indian, Mongolian and even Western and Eastern influences.

Samarkand is located about 308 kilometres from the capital Tashkent and it takes about four hours to travel there by car and only two hours by a high-speed train. If one wants to explore real history, this is the place to be.

One needs to be physically present at Issyk Kul Lake to understand its beauty. No book, no film, no tale can describe the feeling of lying on one of its beaches. The clean, fresh air, blue sky, surreal waves and crystal clear water are a perfect combination for any vacationer. But there is one huge “but” – trips must be ideally timed; miss the peak season and instead of the above-mentioned delights, one will be freezing in the rain and watching ripples on the lake, regretting having not read this article before going. The best time to visit is from the end of July to the end of August. Expect to meet a lot of people, but at least one will get a suntan and the chance to swim in the lake. 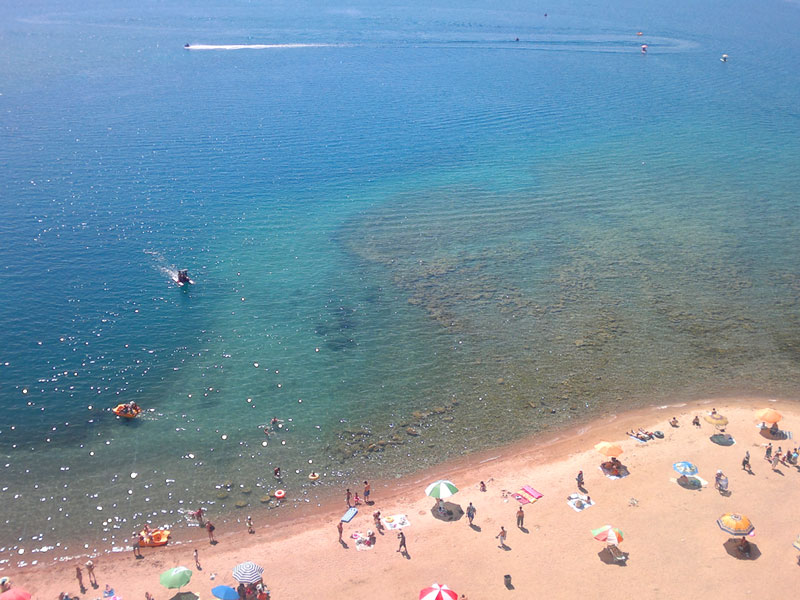 Lack of infrastructure can be irritating, but not if one chooses premium class stay. The lake is located about 250 kilometres from the capital Bishkek and it takes about three-four hours to get there by car. Always make sure to bring a light jacket; evenings are usually cold and windy.

If one has visited Samarkand and soaked one’s feet in Kyrgyzstan, now is the time to get warmed up … at the “gateway to hell.”  Darvaza is a small village of about 350 in the middle of Karakum, the hottest desert in Central Asia. It is located about 260 kilometres from Ashgabat, the capital of Turkmenistan. Why are we mentioning the small village in the pearls of Central Asia story? 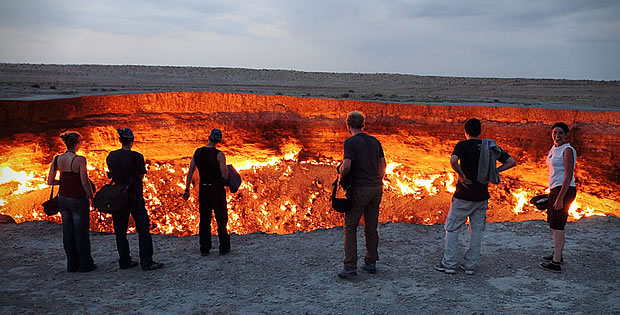 The natural gas crater, 70 metres in diameter and about the size of an American football field, was first spotted burning in 1971 and has been ever since. The area is saturated with natural gas. The story has it that while on drilling explorations that year, Soviet geologists encountered a cavern filled with natural gas. The ground underneath the rig collapsed, leaving a huge hole in the ground on fire. According to Wikipedia, to avoid the poisonous gas discharge they attempted to burn it all off and hoped the fire would use all the fuel in a few days, but the gas is still burning today. Looking at the fire can be quite mesmerizing. Tours to this destination usually don’t take more than one day, with an option to stay overnight in a tent.

Tajikistan, the only Farsi-speaking former Soviet state, is a fascinating country. Influenced over the course of history by the Persians and the Soviets, it boasts a mix of cultures and the mightiness of the Pamir mountain range. As a tourist destination, however, Tajikistan requires a tempered and adventurous character. Lack of basic conveniences and infrastructure makes this destination great for adventure enthusiasts, eco and ethno tourism, alpinism, mountain hikes, hunting, rafting, paragliding and wild nature photography. 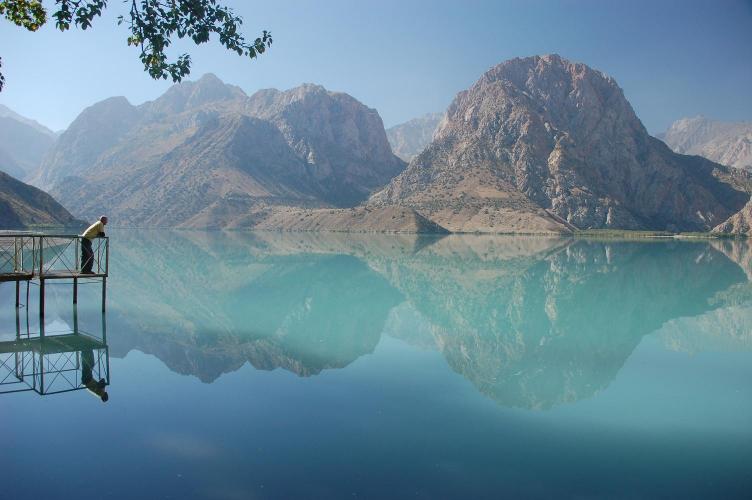 As the pearl of this country we recommend visiting Iskanderkul Lake, which will bring about peace of mind and help gather one’s thoughts. It includes Fan Niagra, a 38-metre waterfall, ethno-cultural villages offering cultural dishes and wonderful scenery with snow-capped mountain tops piercing the blue skies. Legend has it the lake was named after Alexander the Great, who crossed it from India on his way to Central Asia.

It is located about 130 kilometres from the capital Dushanbe and it takes about two hours to get there.

The famous Singing Dune is located about 180 kilometres from Almaty, Kazakhstan’s largest city and its former capital. The 150-metre tall dune is three kilometres long and the western wind makes sounds like an organ, hence its name. Since ancient times it was thought these sounds were the whispers of spirits or never-seen animals. People describe them differently; some say they are the sounds of musical instruments, while others feel they are the sounds of river boats or jet planes. 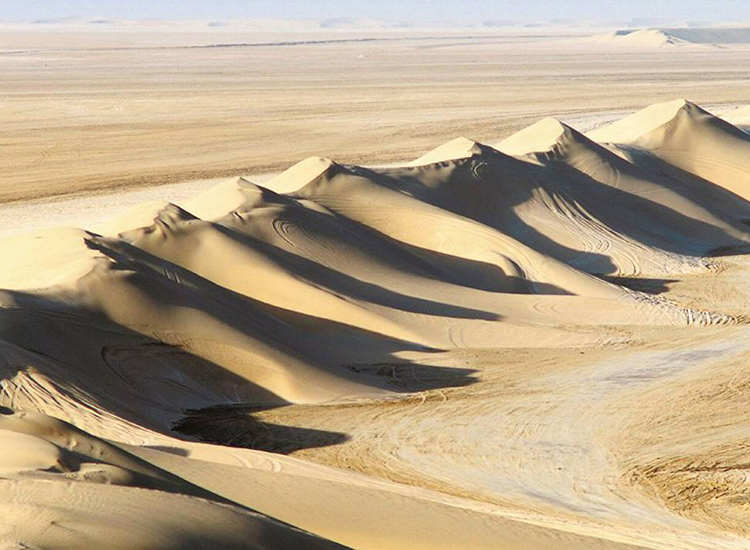