ASTANA – The March 13-24 61st session of the Commission on the Status of Women (CSW) at the United Nations headquarters in New York praised approaches taken by Kazakhstan to increase employment and boost women’s entrepreneurship in rural areas, reported the press service of KazAgro National Management Holding. 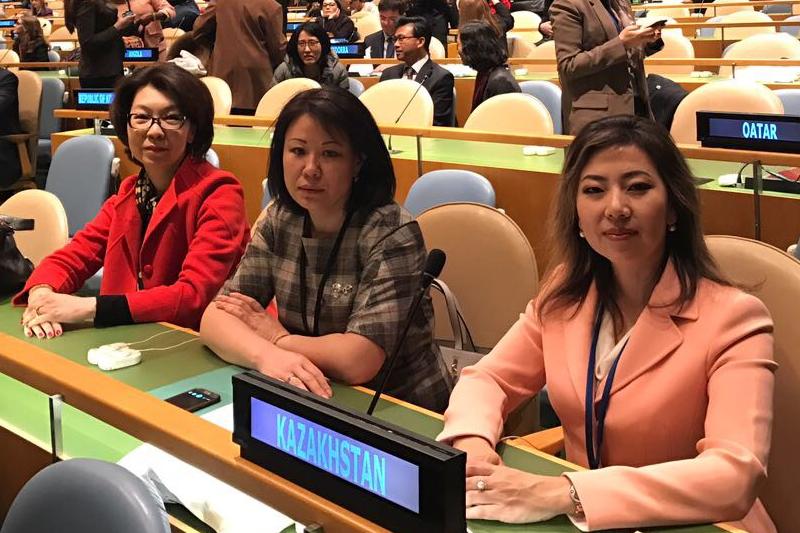 Deputy Chairperson of KazAgro Aigul Mukhamadiyeva spoke about the development of women’s entrepreneurship in agriculture in Kazakhstan as one of the most important activities of the holding. According to statistics, agriculture is one of the three most popular sectors of the economy from a gender perspective: 17 percent of the total number of employed women in the economy is involved in agriculture, following trade and education at 19 percent.

Mukhamadiyeva noted a large share of women in agriculture – almost 51 percent of the total number of self-employed women in the country. In other gender-oriented sectors women are mainly employees, but in the agricultural sector women are involved in the manufacturing of products, including in private households.

“The development programme of productive employment and mass entrepreneurship for 2017-2021, initiated by the government, provides great opportunities for the development of women’s entrepreneurship in the rural areas. Implementing the programme, KazAgro Holding takes incentive measures to encourage more women to open their own businesses. Thus, in 2016 KazAgro issued 36.6 percent of the total number of loans to women with a 3-5 percent increase annually,” noted in the report.

The Atameken National Chamber of Entrepreneurs trained 180 novice entrepreneurs under the Bastau programme in 2016, covering 53 percent of women.

The official delegation of Kazakhstan participated in the work of the 61st session of the CSW. Each year, the commission focuses on a certain challenge women face. This year the CSW discussed employment opportunities for women. Participants from at least 170 countries shared their experience in combating discrimination against women and developing women’s entrepreneurship.

In February 1947, the CSW had its first meeting in New York after the United Nations was founded. The CSW is a venue in promoting women’s rights, documenting the reality of women’s lives throughout the world and shaping global standards on gender equality and the empowerment of women. The commission considers the involvement of women in economic activities, ensuring equal rights and opportunities for women in access to education and work, equal pay for equal work and the impact of technological modernisation on women’s employment opportunities.