By Kamila Zhumabayeva in Nation on 22 March 2017

ASTANA – The ancient historic, architectural and religious town of Turkestan welcomed thousands of guests March 21, including an official delegation from 22 Turkic and other countries, as it received the status as the 2017 Cultural Capital of the Turkic World. 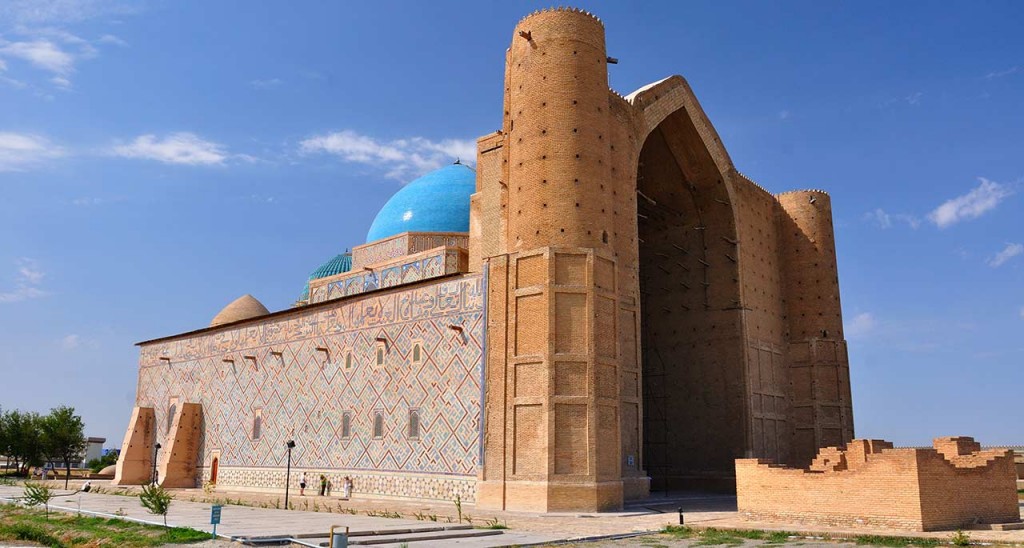 “We have 20 hotels ready to welcome guests. Six of them are VIP-located near the square. We have a guest list. About 50 guests and as many artists will arrive here,” said deputy akim (mayor) Gani Rysbekov, reported otyrar.kz before the event.

Turkestan residents held their last preparations during these festive days. The staff celebrated a housewarming party along with guests.

Hotels have affordable prices for everyone – 15,000 tenge (US$47.50) per day for a senior suite and 3,000 tenge (US$9.50) for economy class, according to the website. Beds, textiles, electronics and essential hygiene products are all new.

The “Turkestan – a Cultural Capital of the Turkic World” project started with nationwide Nauryz celebrations and a grand concert featuring more than 230 performance groups from different countries. Performances were held on the town’s numerous concert platforms.

Forty events were scheduled, including 21 organised by the South Kazakhstan region akimat (administration), 14 by TURKSOY, the International Organisation of Turkic Culture, and five by the Ministry of Culture and Sports.

Founded more than two millennia ago, the ancient city of Yasy (Turkestan) was one of the important commercial centres on the Silk Road and the trade route between Europe and China. From the 16th-18th centuries, it was the capital of the Kazakh khanate.

Turkestan is now the historic centre of Kazakh culture, where one can discover the ruins of Otrar and admire its architectural heritage. The famous Khodja Ahmed Yassaui Mausoleum attracts hordes of tourists every year.