To ensure security, Central Asian countries need to strengthen cooperation within region and beyond, scholar says

ASTANA – Central Asia is a historically important region comprised of Kazakhstan, Kyrgyzstan, Turkmenistan, Tajikistan and Uzbekistan. Mongolia, the north-western part of China and some regions of the Russian Federation are also designated as part of the Central Asian region. Geographically it is located between Europe and Asia, rapidly-developing China with a population of almost 1.5 billion, Middle Eastern countries and Russia. Therefore, stable development of the region is important not only for the Central Asian states, but for all Eurasian countries, said Ph.D. political science candidate Muratbek Uspanov in a March 6 interview with The Astana Times. 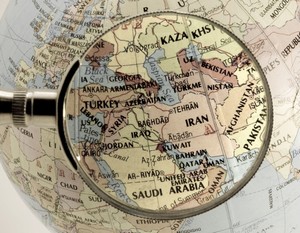 “It is important to be aware of challenges that the Central Asian countries face. Thus, we can identify internal and external ones. Speaking about internal ones, we should note that the core of the region consists mainly of young independent countries formed after the collapse of the USSR (Union of Soviet Socialist Republics). They differ in social, economic and political development and have the following main features: insufficient social and economic level of development of states, lack of water resources, lack of access to the world’s oceans, immaturity of state institutions, and, as a consequence, some political instability,” he said.

Indicators of gross domestic product per capita in the Central Asian countries are low, he noted. While Kazakhstan has managed to achieve worldwide average figures, the situation is quite challenging in Kyrgyzstan and Tajikistan.

“These countries have developed weak economies. There are such problems as poor quality of healthcare, education, public services, high unemployment rate and low wages; the population has to migrate massively to more prosperous states in search of work. The economies of Tajikistan and Kyrgyzstan are heavily dependent on external earnings from labour migrants,” he noted.

“The situation is somewhat better in Uzbekistan. The country in many respects has the same problems as its neighbours while additional pressure is exerted by the population statistics – there are more than 30 million people living there. Turkmenistan is significantly better off than these countries, but there is a strong dependence on the oil and gas industry, which provides the main export and budget revenue. In addition, citizens rely primarily on state support and benefits and as a result, the economy of Turkmenistan is quite inert and poorly represented by other sectors, except oil and gas. In this regard, Kazakhstan has the strongest economy in the region that is the most diversified and integrated into the world economic system. However, large territory with a low population density with uneven settlement creates high costs for economic development,” said Uspanov.

All Central Asian countries experience a shortage of water resources that creates tensions both within states and in relations with neighbouring states. Uspanov believes these problems might be solved in a constructive manner.

The states of the region gained independence only 25 years ago after the collapse of the USSR. Social disintegration and political instability fuelled ethnic conflicts, massive impoverishment of the population and even a civil war. Amid severe conditions, not all countries managed to pass smoothly through the period of formation, development and consolidation of state institutions.

“In recent years, Kyrgyzstan witnessed two revolutions that led to a change of power. Nevertheless, President Almazbek Atambayev calmed the situation, paving the way for legal change of the country’s leadership. In Tajikistan, the head of state, Emomali Rahmon, managed to relieve some tension; however, people still remember the Tajik civil war. Uzbekistan has recently suffered the loss of its long-standing leader Islam Karimov, who firmly defended the country against any threats. Shavkat Mirziyoyev, who replaced Karimov, should adapt the country to the current situation, taking all the best from the former leader. The situation is similar in Turkmenistan, but its leader, Saparmurat Niyazov, died earlier in 2006,” he said.

“In Kazakhstan, President Nursultan Nazarbayev is not only the leader of the nation, but he is also one of the most authoritative world leaders. His ability to think for years to come, experience, personal qualities… have allowed him to carry out the necessary vital reforms, strengthening the economy and statehood of the country to unprecedented heights in history,” said Uspanov.

Modern challenges, however, pose new tasks. Therefore, Kazakhstan needs to preserve the dynamics of development and ensure smooth transfer of large powers and responsibility from the President to the government, Parliament, local government agencies and local self-government bodies, the scholar said.

“Drug trafficking creates risks for the Central Asian states. A huge flow of drugs from Afghanistan to Russia and Europe puts pressure on the institutions of power, on the health and welfare of the population and on its security. It is necessary to strengthen the fight against this phenomenon, coordinating efforts with all interested parties at the interstate level,” said Uspanov.

“The so-called emissaries propagate hateful ideas among the young people, giving false values and eventually involving some of them in the ranks of terrorists. Even the most powerful states cannot cope with this evil alone. Therefore, deep cooperation among the world countries, and particularly the Central Asian states, is necessary to fight this threat in effective ways,” he said.

“Speaking about the influence of states on the Central Asian region, we shall note the political and diplomatic confrontation that existed in the 19th century between Britain and Russia over Afghanistan and neighbouring territories in Central and South Asia. Now, we can point to the role of Russia, China and the U.S. pursuing a policy towards the region in their national interests. These interests largely coincide with the interests of the Central Asian countries and have a positive effect (investments, loans, technology, cultural cooperation, security, etc.) Therefore, the countries shall know how to benefit from the presence of major players,” he added.

Regional conflicts are triggered by territorial disputes, lack of water resources and interethnic disagreements, noted Uspanov. Although there are potential conflicts, the parties have reached constructive solutions to the problems in recent years.

“To ensure national security, the Central Asian countries should deepen interstate cooperation in key areas, not only between each other but also with other key states; ensure sustainable development of the economy; find new growth points and adapt the economy and political system to the modern fast-changing realities of the day taking into account the national specifics. Countries need to use the advantageous geographical location, become a transport hub of Eurasia, attract international investment, develop science, education and medicine, strengthen armed and law enforcement forces and pursue accurate cultural and religious policies. Realising these tasks, the countries will gain the necessary stability and competitiveness, which will significantly reduce any risks to national security,” said Uspanov.