South Kazakhstan region to supply 20,000 tonnes of meat to Iran each year

By Kamila Zhumabayeva in Business on 23 March 2017

ASTANA – Iranian investors plan to do big business in South Kazakhstan in meat – they’re planning to buy 20,000 tonnes per year from the region, Kapital.kz reports. 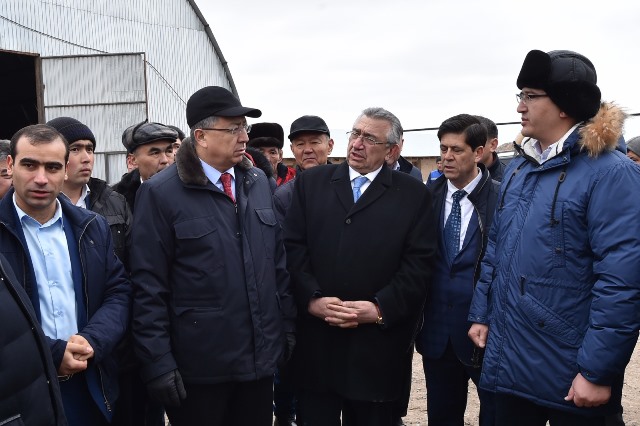 The website of the regional akim (governor), Zhanseit Tuimebayev, explains that the plan, which is being implemented through bilateral agreements between the two countries, was presented to farmers during a recent seminar at the Kaiyp-ata feed yard in Kazygurt district.

“Supporting farmers who do animal farming in our country is being implemented by the Kazakh government,” Tuimebayev said.

“The general public needs to be given an explanation on establishing agricultural cooperatives, loan services and subsidising. In many countries there is a big demand for our ecologically clean product. We need to make use of it,” he added.

They are mainly engaged in fattening cattle in the Kaiyp-ata partnership of the Kazygurt district. There are 3,000 head of cattle there at present.

Iran consumes 2.4 million tonnes of meat each year. The parties signed a contract on meat supply – 3,000 head of small ruminants and 100 head of cattle.

The region plans to establish an association of farmers engaged in cattle breeding in the near future.