ASTANA – Wade Shepard, the author of “Ghost Cities of China,” is currently working on his new book about the New Silk Road, China’s effort to strengthen trade ties with Europe and Central Asia. He sat down with The Astana Times to talk about Kazakhstan’s role in the trade development and geopolitical changes in the region. 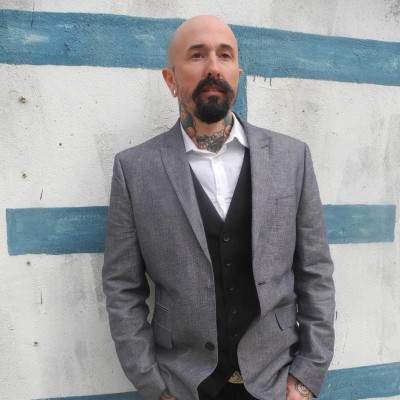 Shepard is an American writer, journalist and blogger who has been travelling the world since 1999. He went to China for the first time in 2005 and ever since has been fascinated by the country’s economic development achieved through a government fiat.

Shepard is a contributor to the “South China Morning Post” and his work also appears in other major China-focused publications. He is currently working on a documentary film for the BBC about the Khorgos–Eastern Gate special economic zone.

What role, in your opinion, does Kazakhstan play in the New Silk Road project?

Along the central route of the Silk Road Economic Belt is the country that holds East and West together. It’s the bridge between the vibrant markets and manufacturing empire in China and the markets and manufacturing empire in Europe. It also connects together east and west, south and north, because right to the north there is Russia and to the south there are the emerging Iran and also Pakistan and India. Kazakhstan is physically in the middle of all these major geo-economic players and it serves the role as a bridge between all of them.

What kind of transit-transport opportunities does the project open for Kazakhstan?

Once you connect the country infrastructurally to these great markets all round the world, you create the opportunity for countries to do other things, like manufacture and assemble products, take what they produce and get it to other places and do some things they were not able to do before, like we see in the Khorgos gateway. It’s a dry port, it’s a place to trans-ship cargo all around the Eurasian area, but it also has a massive special economic zone that has a future goal of becoming a manufacturing epicentre right on the doorstep of China.

How will the New Silk Road project impact the Eurasian Economic Union (EAEU)?

The Eurasian Economic Union was previously the Eurasian Customs Union. That was one of the main ingredients that allowed this whole Silk Road Economic Belt to really happen, because before that, you had all kinds of different borders, borders between Russia, Kazakhstan, and Belarus. Every time you had a border, you had to trans-ship. When you ship products, [and] you cross the continent as vast as Eurasia, it creates difficulties and additional delays. Then, all of a sudden when it is technically the Eurasian Customs Union, you can ship train containers of high value cargo from China to Europe. You have two borders of the Eurasian Customs Union and then it goes straight to the EU, to Poland.

How will the New Silk Road impact the entire region?

A lot of people view the Silk Road as the built road which is China’s policy, China’s participation, China’s plan and access to Chinese manufacturing, industrial materials and goods. This work does solve a lot of problems for all the countries along the route, like resource rich Kazakhstan and Azerbaijan with lots of natural resource dependency. They need to diversify their economies; one of the ways to do this is by developing transportation hubs and in the future, they can have manufacturing hubs as well.

It also creates a mechanism for the countries of the central regions of Eurasia, Central Asia, Iran, Pakistan and India to engage in another level of development, another level of globalised system. This gives the opportunity to develop the countries of the West and the East. It is kind of a way for these central countries of Eurasia to develop a modernised economy, create border connectivity and create more opportunities to develop economically. It also lets them connect together with the countries of the region politically, which is very important. Because to build the infrastructure that works, to build the economies that work, you need to interact with the countries around you, you need to cooperate with the countries around you. Through this cooperation, you create these bonds that make it very difficult to engage in advanced conflict. If you are economically dependent on your neighbour, the chances of going to war with your neighbour are a lot less.

It creates this neutral aid system, when the countries and various routes need each other to develop their own economies.

What joint projects will China and Kazakhstan implement as part of the One Belt, One Road project?

More emphasis is laid on Khorgos, which is very important for China and Kazakhstan. It is in the proverbial middle of nowhere. Four-five years ago, China started to develop its borders as part of the last stage of West development policy, pushing development of economic stimulus across the country to its far western regions. They invest billions of dollars into building these new cities like Khorgos. In the middle of it there is the Khorgos Gate special economic zone, which includes one of the most advanced dry ports worth $200 million. The New Silk Road is the best example of a modern dry port. Surrounding the dry ports supplies the special economic zone with the help of manufacturing and enterprises. Private investors of China are already invested. Full investment of $600 million makes an epicentre of this place. It is the best example, because it is a link from China to the CIS and the EAEU directly. China will invest in Aktau, where there is also a special economic zone. There are hopes that China will invest in all countries; not just China, but Russia, Iran and other Central Asian countries which could participate in this giant new economic project.