Movie about Alexei Leonov, first man to walk in space, to premiere April 6

ASTANA – “Vremya Pervyh” (“The Time of the First Ones”), the first Russian movie about the heroic story of Soviet cosmonaut Alexei Leonov, will be released April 6 in 3D. The film will also be available in the Kazakh language. 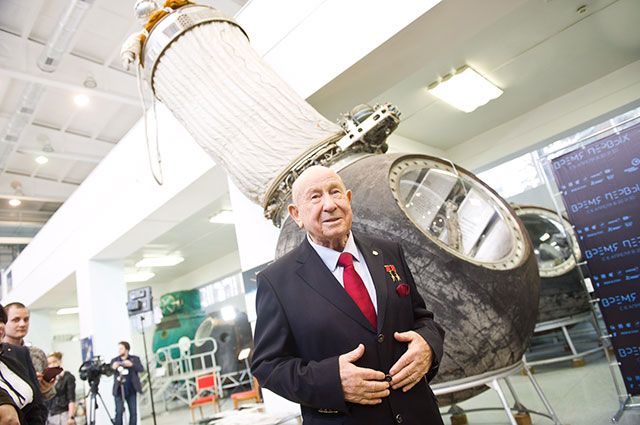 The picture tells the real story of Leonov’s spacewalk during the one-day Voskhod 2 mission. The production crew recreated the dramatic circumstances of the brave flight and crew’s return to Earth. Russian actors Yevgeny Mironov and Konstantin Khabensky played the roles of Leonov and mission commander Pavel Belyayev, respectively.

“This is not a disaster film; it is a film about the success of a person. We made the film and described the story of the hero who did not look at his feet, but looked forward and up. Having gone all the way with actors Mironov and Khabensky, people will believe that they can do anything,” said Kazakh producer Timur Bekmambetov.

The Roscosmos State Corporation for Space Activities supported the movie idea, he added.

“I would like to thank Kazakhstan and its local people for the land, because all major events took place there. On the snowy morning of March 18, we launched from there. I had never, ever seen the Kazakh steppe covered with white snow and here I saw it. Later, I returned to Kazakhstan to express gratitude to the local people and the land for what we did,” said Leonov.

Leonov invited the Kazakh people to see the blockbuster.

“Dear friends, I invite you to watch the film. I believe that you will enjoy this true story,” he added.

In 1960, Leonov passed the necessary tests and was enlisted in the Soviet cosmonaut detachment. The Voskhod 2 spaceship launched March 18, 1965 with Belyayev and Leonov on board. During the flight, Leonov made history’s first space-walk, lasting 12 minutes, nine seconds.

Minutes after he stepped into space, however, he realised his suit had inflated like a balloon, preventing him from getting back inside. Leonov was forced to bleed off some of his suit’s pressure and demonstrating exceptional courage, climb into the hatch head rather than feet first, which was forbidden by instruction. Seven serious abnormal situations occurred in flight, three or four of which were even deadly, he said.