Leroy Merlin to invest $31 million in first supermarket in Almaty

ASTANA – French giant in gardening, retailer Leroy Merlin is building the first of three supermarkets in the Almaty region and plans to invest $31 million in the outlet. 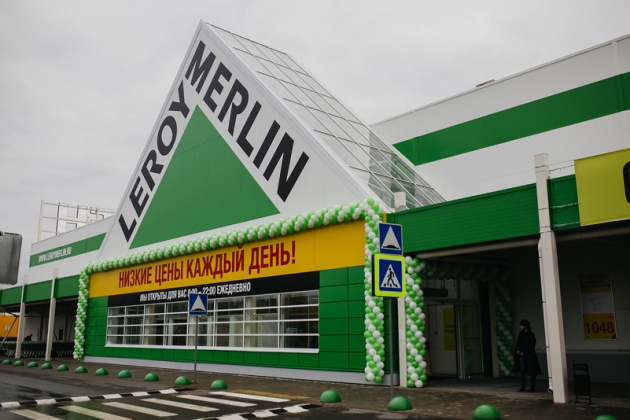 “Today, the chain of supermarkets Leroy Merlin is actively developing in Russia, and we see the high potential in Kazakhstan also,” said Deputy Director General of Leroy Merlin Marc Luscher during a business conference Feb. 16.

“Now we are focused on finding partners with whom we can cooperate. For us, it is important to include products of domestic producers in the assortment of the store and create favourable conditions for the development of local suppliers. On average, our stores have up to 35,000 items, so Kazakh producers have a great chance to show themselves.”

The first supermarket is going to be 17,500 square metres along Raiymbek Avenue near the Aport Mall. Upon completion in 2018, the new supermarket will create 350 new jobs.

Two more supermarkets are to be opened by 2020: one along the Almaty-Kapshagai highway and the other near the Kuldjinskaya highway.

“For the city and for the people, the opening of Leroy Merlin will become a great event,” said Talgat Dossanov, representative of Almeo Development Group, the retailer’s partner company in Kazakhstan.

“It is also going to be a bonus for the economy – the whole ‘grey’ turnover will be eliminated from the market as it will be replaced by cashless payments with financial statements. For the city, it is also a big plus that such stores are system-forming: they garner various mini-productions around them, which, in turn, will allow small and medium-sized businesses to develop and create jobs,” he explained.

Because the company is foreign, however, it won’t be able to sell only Kazakhstan-produced goods, the management explained. Some goods will be imported from abroad, while others from Russia. However, in perspective, the more the Kazakh producers offer their products the more the chain will offer them to customers.

Leroy Merlin is the largest French retailer selling home and interior products, building materials, repair and garden products in its stores in 12 countries. In the period from 2002 to 2014, Leroy Merlin invested over $870 million in Russia and has been active in that part of the world. Today, there are 39 stores in Russia, employing more than 16,000 people. Overall, the company employs some 97,000 employees. In 2015, the company’s turnover was 18.7 billion euros.