By Malika Orazgaliyeva in Nation on 13 March 2017

ASTANA – Kazakh President Nursultan Nazarbayev signed amendments and additions to the Constitution of the Republic of Kazakhstan March 10. 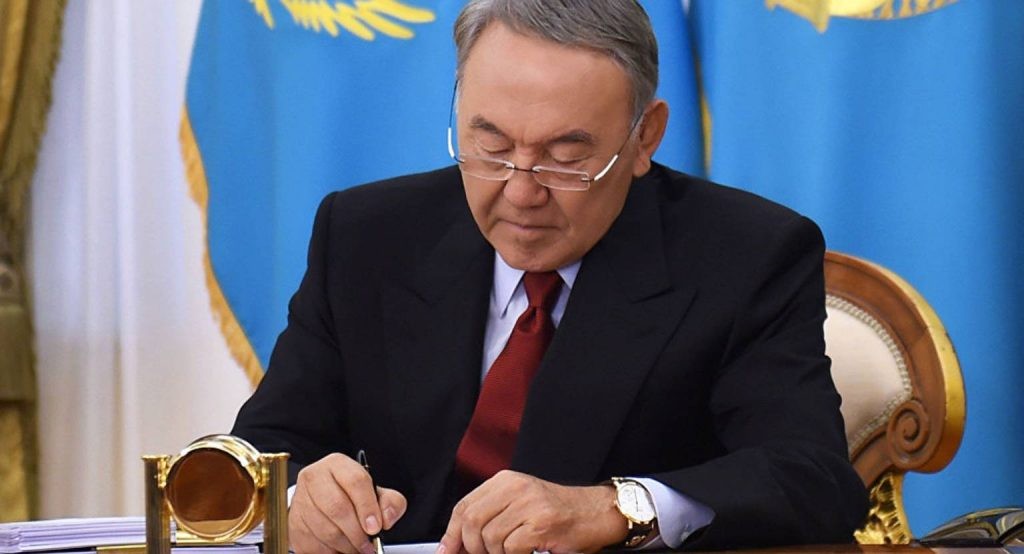 The bill had been passed in its first reading on March 3. The nationwide discussion of the amendments to the Constitution took place Jan.26 to Feb. 24.

The new law introduced 26 amendments to 19 articles of the Constitution.  A considerable part of amendments concern redistributing the powers of the President, the Parliament and the government. These amendments are aimed at implementing the 100 Concrete Steps Plan of the Nation.

“First, the new law significantly strengthens the Parliament’s role in state affairs, including in the formation of the government. Second, the government becomes more independent, receiving the powers to directly manage the economy. Third, the constitutional basis of law enforcement and judicial systems will be modernised. The law lays the foundations for the activities of the Prosecutor General’s Office, providing the highest supervision over the observance of the rule of law and representation of state interests in court. Fourth, constitutional control will be strengthened. Fifth, guarantees of immutability of our independence, unitary status, territorial integrity and form of government are to be fixed at the constitutional level,” Nazarbayev explained, during a joint meeting of the chambers of the Parliament March 3.

The head of state noted the high professionalism of all branches of government, emphasising their ability to take responsibility and make decisions independently.

“The new challenges mentioned in my state-of-the-nation address lay particular responsibility on the legislative and executive bodies. I am sure the expansion of powers of the Parliament and the government will contribute to a more effective achievement of the objectives of the third modernisation of the economy,” the President said.

During the official signing ceremony at the Akorda residence, the President underlined vital importance of the document for the country.

“The current reform is a natural result of the state development. We are a young country building its statehood. We need to meet the requirements of a changing world, both in the economy and in politics,” Nazarbayev said being flanked by the country’s top officials.

“The political system will acquire a greater degree of democracy and stability. At the same time, the presidential form of government will remain in Kazakhstan,” he noted.

“I express my sincere gratitude to the members of the Working Group, the deputies of the Parliament and all the people in Kazakhstan for their support and invaluable contribution to the implementation of the constitutional reform,” Nazarbayev highlighted.

According to the President, the rapid technological revolution in the modern world shapes a new reality of the global economy. He said the updated Constitution is an answer to the current challenges and called on all the citizens to unite their efforts in order to achieve the strategic goal for Kazakhstan to enter the list of 30 developed countries of the world.

“I am confident that together we will be able to ensure the successful development of the state and prosperity of our people in the 21st century. The main goal of the reforms is to preserve our unity, friendship, mutual understanding, as well as equality in terms of ethnic, linguistic and confessional principles. Thanks to our cohesion, we achieved many victories. Following these postulates, we will achieve new ones,” he said.