By Anuar Abdrakhmanov in Sports on 15 March 2017

ASTANA – Yulia Galysheva gave Kazakh sport lovers another reason for joy by winning a silver medal in the women’s dual moguls competitions at the 2017 FIS Freestyle Ski and Snowboard World Championships, being held March 7-19 in Sierra Nevada, Spain between March 7 and 19. The gold medal went to Perrine Laffont of France and the bronze to American Jaelin Kauf. 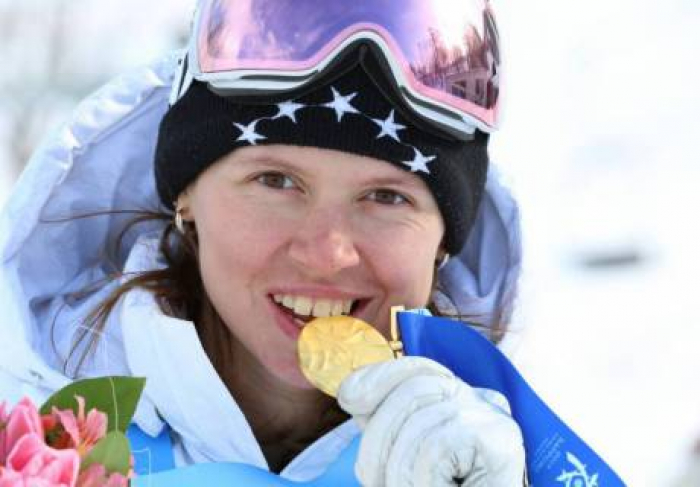 Galysheva, who is one of the discipline’s leaders internationally, passed the qualifying stage. She had an uneasy 18-17 win over German Lea Bouard in 1/8 of the finals. Then the 24-year old competed against Australian Brittney Cox, surpassing her with a score of 23-12. In the semi-final she competed against Korean Seo Jee-Won, winning 27-8.

In the final round, Galysheva gave way to Perrine Laffont. She came just one point short of winning gold. Galysheva is the first Kazakh athlete to win a silver medal at a world championship in freestyle ski and snowboard.

“Of course, I am pleased with my performance because I improved my previous result from the last championship when I came in third. This time, I won silver. I did my best in the finals and I was faster and made more complicated jumps. But the judges decided to give the victory to my opponent from France with a one point advantage. I think it is a good season completion for me. Although it did not run quite smoothly at first, after the middle of the season, I climbed the podium several times at the World Cup, the Universiade, the Asian Games and now the World Championships,” Galysheva said.