By Jonathan Aitken in Tourism on 3 March 2017

It was a nightmarish moment for us passengers on Air Astana flight KC0942 on the evening of Tuesday Feb. 21 when two minutes after take-off from Heathrow all the cabin lights and internal electrical circuits failed.

For the next fifteen minutes we waited, with varying degrees of nervous impatience, for power to be restored. “Let there be light!” was our prayer.  But darkness remained over the face of the aircraft. 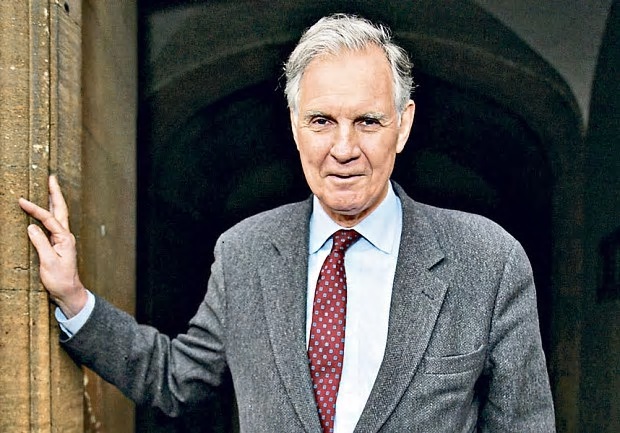 The passengers’ anxieties multiplied. They were expressed in questions which ranged from “Is this plane safe?” to “How on earth are we going to endure six hours of air travel without an opportunity to read or watch an in-flight movie?”

In an increasingly tetchy mood, explanations were demanded of the visibly rattled cabin crew.  The expression “flying blind” took on a new meaning. Suddenly from row number eight in the blacked-out depths of the Business Class seats, a saviour appeared.

“Peter Foster – CEO of this airline,” was the self-introduction from the tall, athletic looking figure who bounded up the aisle towards the flight desk. Encouraging sounds of his leadership soon reverberated back to the body of the aircraft. Brisk words of command were spoken to the stewardesses. Noises of repair attempts were audible. I thought I caught a glimpse in the Stygian gloom of the CEO brandishing a screwdriver. Perhaps I was dreaming. But clearly this was a hands-on style of leading from the front. Yet still, alas, there was no light. We remained in darkness.

Peter Foster came back into the cabin proffering profuse apologies with the gracious charm only a true British gentleman can carry off well. Then in addition to his fusillades of “frightfully sorrys” he skilfully threw the ball back to the passengers by offering us a choice. 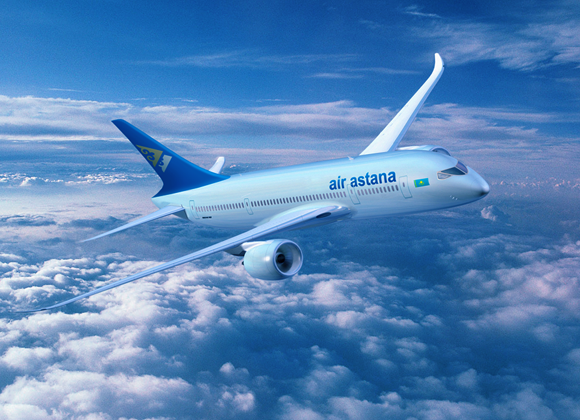 “I’m going to take a poll,” declared the CEO. “Either we can turn back to Heathrow and get the problem fixed. Or we can continue to go ahead without light.” He added that the ovens had also been put out of action by the failure of the electrical circuits. So there would be no hot food.  Even our seats and seat tables could not move because of the power cut.

The vote resulted in a 100 percent majority to carry on flying.

“At least we can now have a good picnic,” declared the versatile CEO/electrical engineer/pollster now turning genial host.

To their immense credit, the well-trained cabin crew led by Inflight Supervisor Anar and assisted by Mereke, Aigul, Ainash, Yelena and Saltanat entered into the spirit of the 30,000-foot picnic.  Taking up the baton of charm and good cheer they smilingly spread white napkins over the knees of the passengers. Chilled vodka, champagne and white wine flowed in abundance. So did the cold food, which consisted of delectable smoked salmon, prawn canapes, cheese and chocolate desert. Soon we were well over the Urals. A spirit of appreciative camaraderie spread through the passengers. A round of applause was given to the can-do cabin crew.

Just when things could hardly get better the lights came on again to loud cheers. Anyone feeling underfed was promptly offered the hot food from the original menu. The sun, as well as the electric light seemed to be shining. And in a crowning moment, all the business class passengers were told that the next time they bought an Economy Class ticket from the airline they would get a free upgrade.

Flight KC0942 landed on time at 5:40 a.m. at Astana International Airport. I was on parade for my breakfast meeting at the Hotel Rixos Astana with perfect punctuality. “Did you have a good flight?” enquired my Kazakh host. “Marvellous. Couldn’t have been better,” I replied.  “Air Astana is a great airline – especially if the CEO happens to be on board.”