Being a woman and doing business in Central Asia

ASTANA – Being a businesswoman and a housewife at the same time is really arduous – in a society in which most household chores are still the province of women, a working mom must juggle cooking a meal for the kids, planning business meetings and keeping in mind what to put on the grocery list. 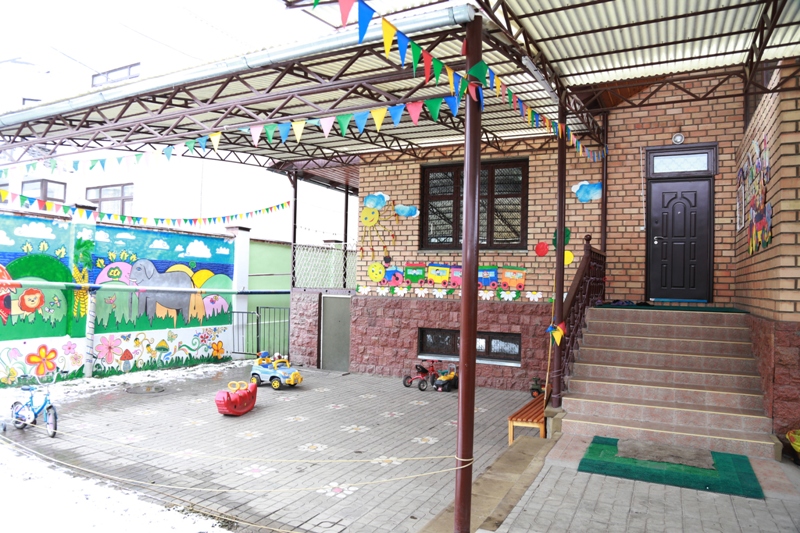 And there may not be many people to sympathize, because entrepreneurship is still mostly dominated by men. So what’s it like being a businesswoman in this part of the world?

Central Asia, although mostly Muslim, was under Soviet rule for more than 70 years and therefore inherited a mostly secular educational system and some Soviet views on life.

In the early 1990s, when the newly independent country was just getting onto its feet, it was quite unusual to see women drivers, for instance, or women watching soccer, or women negotiating trade deals worth millions and billions of dollars in Central Asia, let alone internationally.

Today, the women of Central Asia are successfully operating small and medium-sized businesses and negotiating trade deals on the highest levels and are quite active in politics.

“This probably has to do with the ongoing crisis our country has been going through since, perhaps, ever,” said Marina Park, 44, an ethnic Korean born and raised in Bishkek, Kyrgyzstan. Park is a bright example of a woman entrepreneur, managing family ties and two medium-sized businesses.

“Our country has seen two revolutions and people had to adapt quickly to different situations, so if you ask me, entrepreneurs in Kyrgyzstan are probably the best in the world,” she said, smiling. “As we are quite adept in volatile political and economic turmoil. Sadly, we are used to that.”

Kyrgyzstan saw a Tulip Revolution in 2005, when the first president, Askar Akayev, was overthrown. In 2010, his successor Kurmanbek Bakiyev met a similar fate.

“In 2005, I was a beginner business woman with three kids, after my husband had passed away from a sudden heart attack. We had to feed our family; we had to survive. I had saved some money and rented out a small boutique in the city and bought some kids’ toys for sale. But that year after the revolution started the country saw a major setback and I didn’t make much off selling toys,” Park remembered.

After an unsuccessful run with the children’s toys Park decided to quit and try a different sphere, but was completely clueless.

“I was depressed and had no idea what to do. My kids were growing up and they saw my efforts trying to multitask with work and home. That helped them stay determined in school. I saved up some cash and wanted to try my own business, as I understood that my salary would never be enough for the four of us in the family, and my children were still very young to work.”

After saving some cash, Park decided to open a kindergarten.

“I love my kids and I love children in general. I thought if I started this type of business I would be able to watch over my own kids and this is something that can both feed us and provide shelter if worst comes to worst. So I sold my apartment and moved in with my mother, who helped us throughout all this effort with my children. I bought a small house and opened a kindergarten.”

In 2012, after saving again, she launched a network of small grocery stores.

“The kindergarten business was more a help for me to watch over my children – I just combined what was needed and what could help us survive. It required a lot of effort and responsibility though and it didn’t give me much time to think of future plans. Now my children are all grown up and that gave me a little more freedom and so I decided to move on. I started with renting out a small kiosk-type grocery store and then I rented out another and then another and I bought them out eventually and today I own six small grocery stores in the capital. I am also planning to build my own mini-mall in a residential area in the micro-districts,” Park shared.

“I think only those who face really hard times in life succeed. I watch American films and often see how women live there and how they have to cope with chores and business. I see myself there, too, in their shoes. I understand how hard it must be.”

Park isn’t the only female entrepreneur with such a success story in Bishkek, she said.

“My closest friends are all engaged in some type of business. They own fitness clubs, beauty parlours and boutiques. We can’t afford to work for someone. All we want is a stable political situation. Many people lost their businesses after the Tulip Revolution in 2005. Marauders took advantage of the chaos in the city and they broke into houses, stole valuables, broke into supermarkets and malls and stole all they could. For us small and medium business people this is heart breaking. We earn money by honest means, we don’t plunder, we don’t steal from the national budget. We just want to be left alone and do what we can to thrive, to get on with our lives. But even that can’t be achieved easily sometimes in our region. We have to fight for our spot under the sun. That’s why we succeed, because we don’t have any other choice.”