Baiterek Rocket and Space Complex set to launch in 2025

ASTANA – The future of the Baiterek Rocket and Space Complex project at the Baikonur Cosmodrome depends on Russia developing a new Phoenix carrier rocket which will begin in 2018. The first launch of the joint project is scheduled for 2025, said Kazakhstan’s Vice Minister of Defence and Aerospace Industry Marat Nurguzhin, reported Sputnik Kazakhstan in early March. 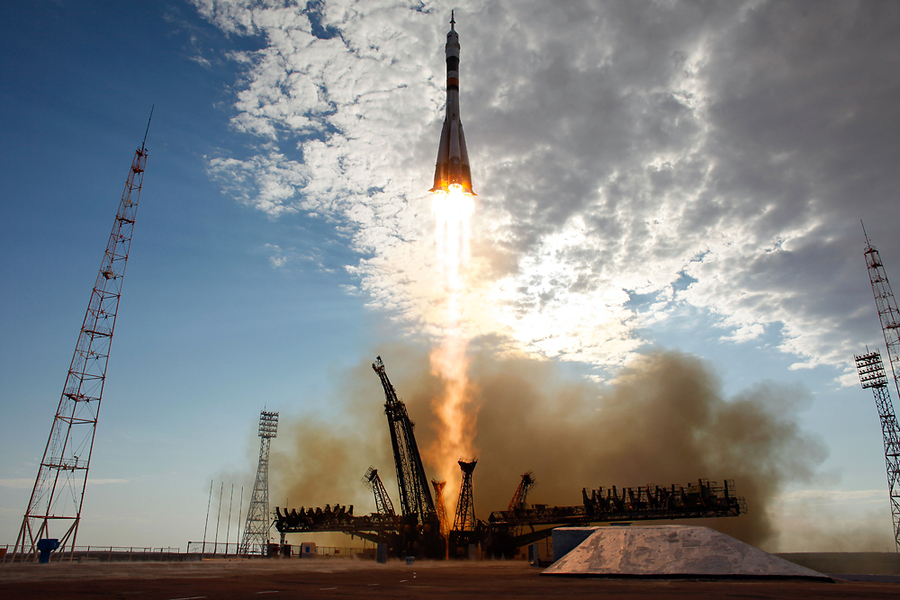 “In 2016, we managed to achieve significant progress in the implementation of the Baiterek project. The issue of Kazakhstan’s entry into the Baikonur Cosmodrome was resolved. For the first time within the framework of Kazakh-Russian cooperation, the space rocket complex Proton M is being jointly operated, with 92 specialists from Baiterek Joint Venture taking part directly. The Ministry of Defence and Aerospace Industry of Kazakhstan and Russian Roscosmos State Corporation for Space Activities have agreed and approved new conditions for the Baiterek project and road map for the implementation of this project for 2016-2025,” he said, according to Sputnik.

The project is based on the existing infrastructure of the Zenit space and rocket complex at the Baikonur Cosmodrome and the Phoenix, the promising medium-range carrier rocket which will be created by Russia within the Federal Space Programme starting in 2018. The Russian side will be responsible for creating a new carrier rocket and the Kazakh side is responsible for modernising the Zenit’s existing launch and technical complexes, he added.

The Baiterek project, a joint project between the counties, started in 2004 with the aim of creating more eco-friendly carrier rocket launches at the Baikonur Cosmodrome. The project has been delayed for several reasons, but the process now seems to be reviving.

According to Sputnik, the Proton carrier rockets within Baiterek were originally expected to be replaced by the more environmentally-friendly Angara carrier rocket. Russia then indicated its intention to use the Angara at its Vostochny Cosmodrome.

In 2013, Russia proposed using the Zenit carrier rocket in the Baiterek project. Two years later, it became known Roscosmos intended to start developing the Phoenix carrier rocket that could be launched into low Earth orbit with no less than nine tonnes of payload, using liquefied natural gas or kerosene and hydrogen as fuel.

“At present, together with our Russian colleagues, we have started the execution of the roadmap for the implementation of Baiterek, approved at the end of 2016 at the level of the heads of state of Kazakhstan and Russia,” said Nurguzhin.

The document provides for the Russian Federation to withdraw the Zenit facilities from the lease and transfer them to the Kazakh side in 2018.

Funding for the Baiterek project will start in 2019-2020, when draft design and working design documentation will also be developed, said Nurguzhin. Development and manufacture of equipment, construction and installation will launch in 2021-2023.

Autonomous, integrated flight tests are slated for 2024-2025, with the first launch within the Baiterek project slated for 2025, he added.