By Zhanna Shayakhmetova in Sports on 9 March 2017

ASTANA – Battle of the Bars, the prestigious calisthenics tournament, was held March 5 in the capital’s Khan Shatyr shopping centre. 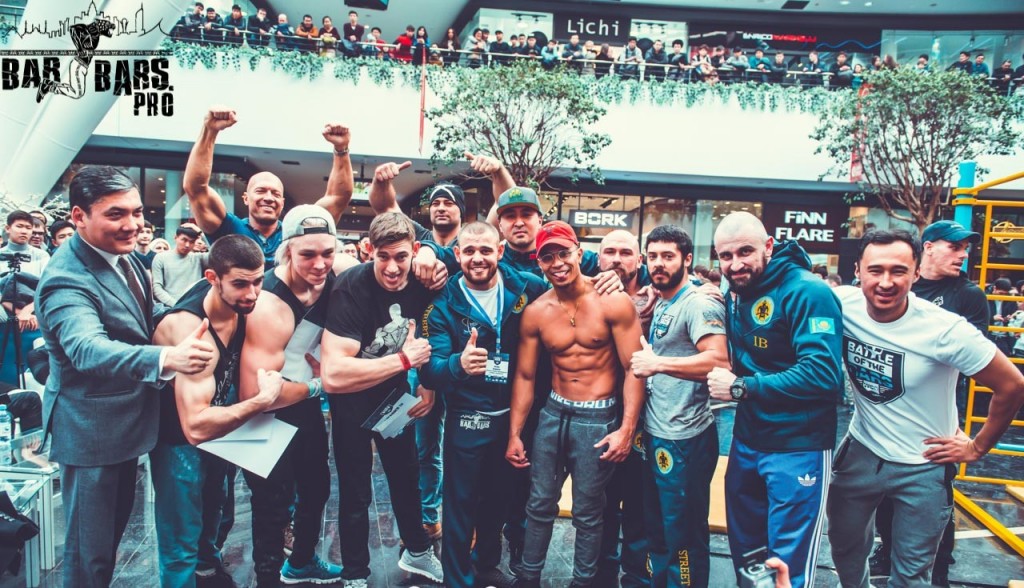 Hosted in major cities and countries such as Chicago, Dubai, Kuwait, Los Angeles, Mexico and San Jose, the competition was the first organised in the Commonwealth of Independent States (CIS) and brought together 16 of the strongest athletes from Germany, Latvia, Malaysia, Russia and Ukraine. 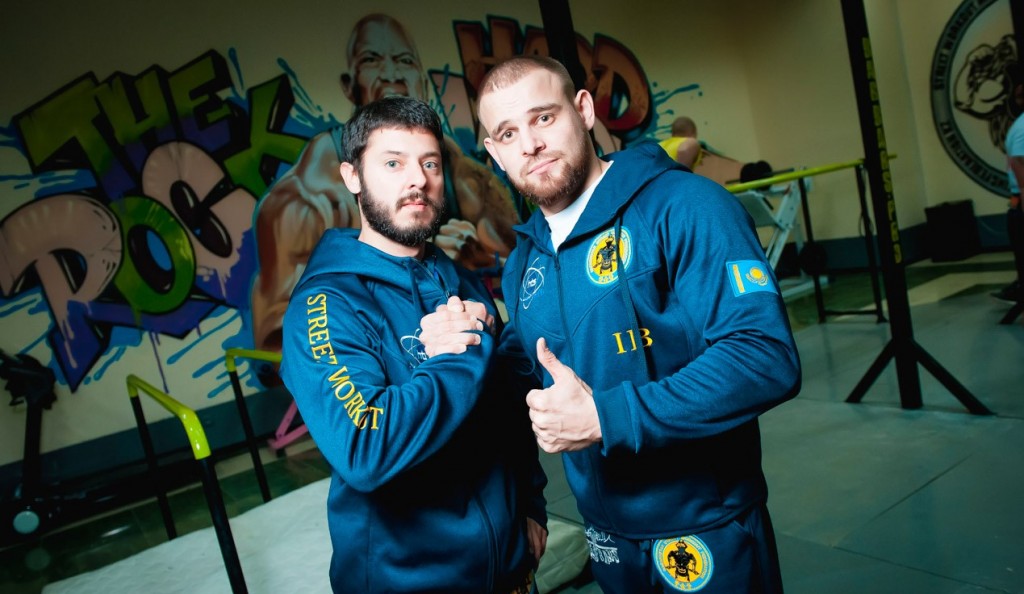 “I think the Battle of the Bars Kazakhstan was a great event. We had amazing athletes from Kazakhstan, Ukraine, Russia and Latvia. It brought a lot of strong individuals and it was a great opportunity to show the people of Kazakhstan what the human body is capable of. I think that it gets a lot of people, especially youth, interested in pull ups and push ups and they’ll start to become more active,” said Gallarzo in an interview for this story. 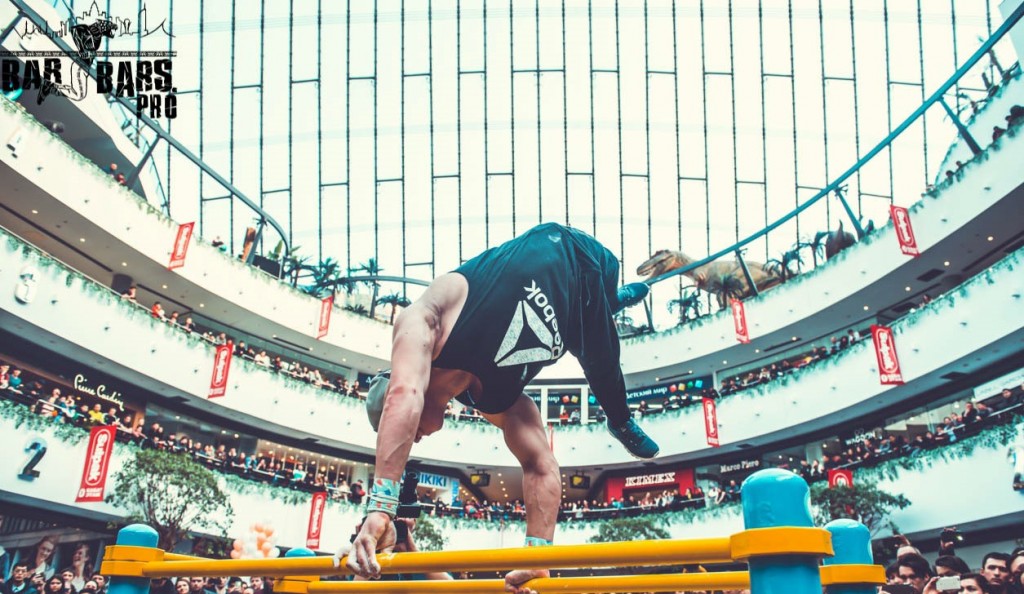 He added the workout movement’s challenges are mostly related to a passive way of living.

“We have become a society where we want things to come easy and we prefer to live in comfortable conditions. That’s why we need to learn to be healthy, to make efforts. There’s not a magic; you should put in some work. It takes about 20-30 minutes a day trying to be active and trying to get fit. I think we need to change this culture not only in Kazakhstan, but all over the world, and understand that everything is achieved by hard work and that includes keeping the body healthy,” he said. 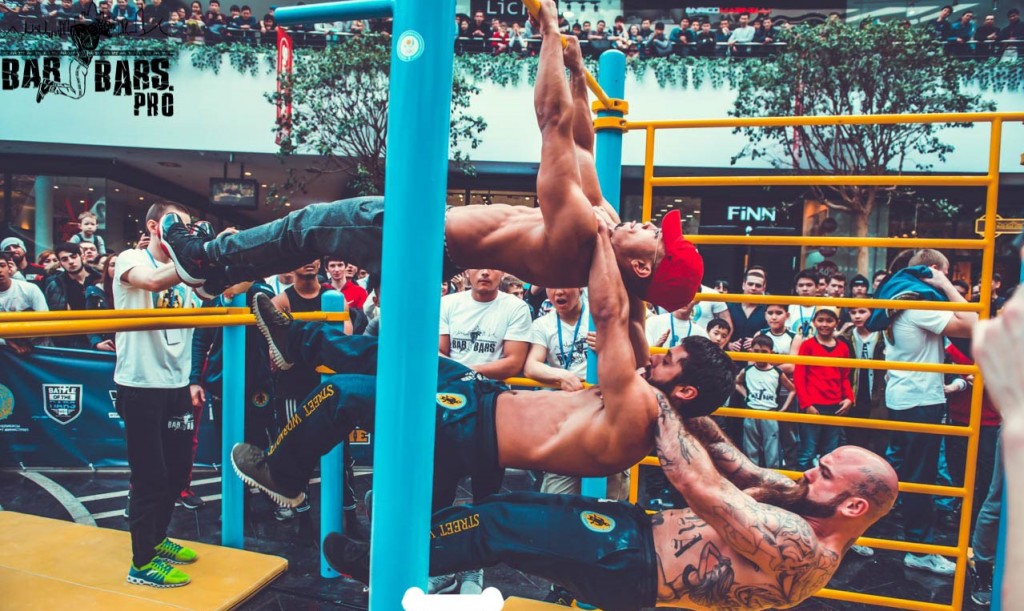 “I fell as though the event today has given people more the opportunity to see what the human body is capable of. Last time I was here, I felt like a lot of people who attended were more athletes. This time, there was lot more of the general population, so there’s more awareness of it and that’s amazing to see,” he said.

“We considered that our athletes were the best, as we won first place at the World Championship in 2014. But it’s clear that the level of athletes around the world has increased in the past two years. The event was held at a very high level. If we compare this event with the world championship 2014 with the participation of athletes from 75 countries, today’s event just exceeded all expectations. The organisation was perfect. The audience really cheered, so that they did not want to leave. The support is the most important thing during such events. The athletes get adrenaline from the audience,” he said.

The federation was recently recognised by the National Olympic Committee.

“This sport is gaining greater momentum worldwide. If street workout would have been an Olympic sport or there would be federation or international organisations in some countries, workout would be the fastest growing movement. Our federation probably will be the first in the world to receive official status. Also, we have plans to create an international organisation for street workout in Kazakhstan,” said Badurgov.

The event was supported by the National Olympic Committee, the Ministry of Culture and Sports and the U.S. Embassy in Kazakhstan.