By Anuar Abdrakhmanov in Sports on 9 March 2017 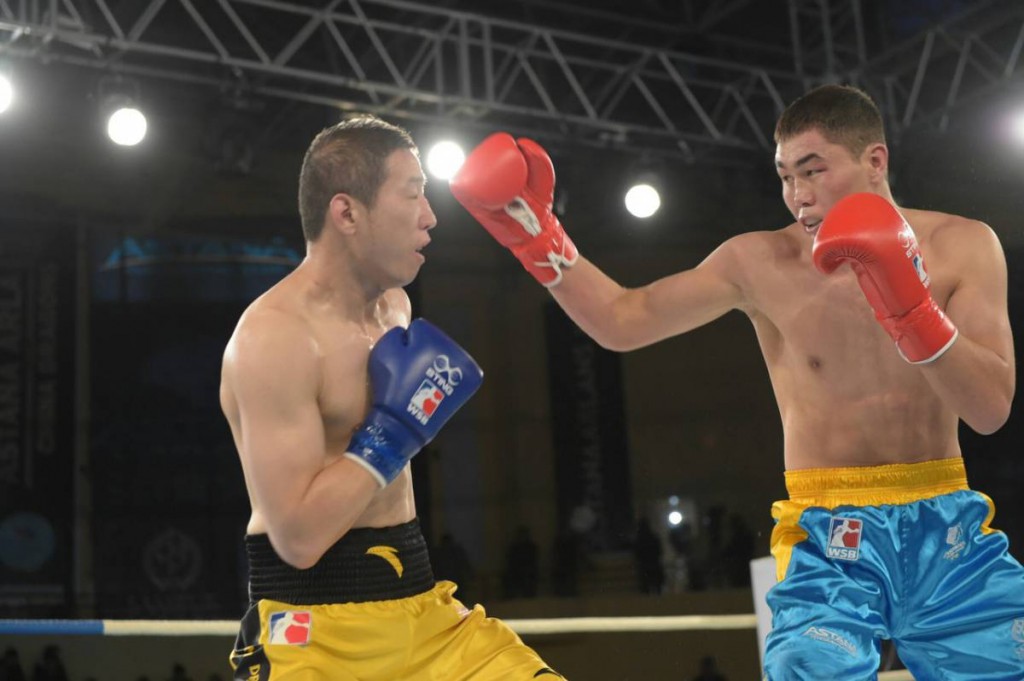 Temirtas Zhussupov gained the first point by beating 23-year-old Chinese boxer He Junjun. The Kazakh fighter was faster and more precise than his opponent, and his win was doubtless.

The third bout decided the match. In the 64kg category, Kazakh boxer Dilmurat Mizhitov defeated Liu Yang by unanimous decision, thus bringing the hosts the third point and an overall victory in the match. In the fourth round, Mizhitov knocked down his opponent twice who still managed to continue the bout.

Saparbai Aidarov and Anton Pinchuk sealed wins in the remaining two bouts and an overall clear victory for the Astana Arlans.

The WSB is a league that sees the world’s best amateur boxers competing in teams without headgear and using the scoring system of the International Boxing Association (AIBA). Two times winners of the league, Astana ended last season in the top four. This season, the Astana Arlans are in the Pacific Group along with the Russia Patriots, Uzbek Tigers and China Dragons. The first two teams from the groups and two best-ranked third teams will reach the playoffs.