By Kamila Zhumabayeva in Nation on 29 March 2017

ASTANA – Agape Evangelical Centre in Almaty supports the idea of religious harmony in Kazakhstan. The church has its own annual and Sunday gatherings for church services, Bible readings and prayers. 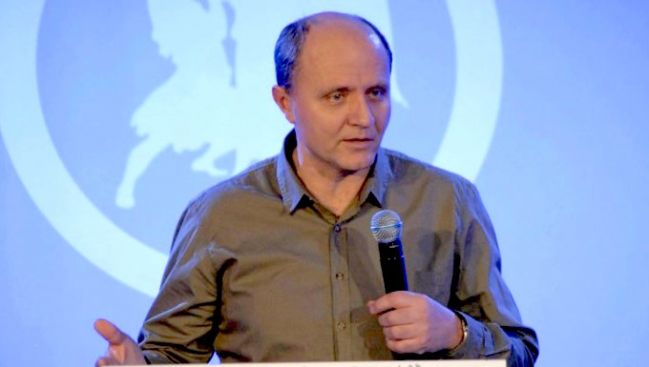 In 1989, Baikal Dzodziyev and Yuri Shumayev founded the Agape mission. During the 1990s, several evangelisations (outreach) were organised in Almaty and Agape Church began its service in the beginning of 1991.

“Our centre is an ordinary Christian Protestant church that has been operating for 28 years now. My friend and I founded this church together,” Shumayev, a senior minister (pastor) at Agape Evangelical Centre, shared with The Astana Times.

They were conducting social work, helping those in need and nursing homes. People were in kind of a “spiritual vacuum” at the time, he said.

“We began searching for spirituality for them, coming across different religions; this way, our community had formed. Like that, we have grown into a Protestant movement; eventually, Agape Evangelic Centre in Kazakhstan,” he said.

The Greco-Christian term “agape” refers to “love: the highest form of love, charity,” and means “the love of God for man and of man for God.” Like all Protestants, the Agape Church professes the Apostles’ Creed, sometimes entitled Symbol of the Apostles (an early statement of Christian belief – a creed or “symbol”).

“We have a church in Almaty and other branches. We do a regular church service, collaborate with the akimat (city administration), do good and conduct charity and educational work and pray for the country, for the President like all other churches do, I believe,” said Shumayev.

“We are friendly with other churches. We love Orthodox Christians and they love us, too. We are obedient citizens of our country,” he added.

The church usually organises an annual conference where people gather, communicate with each other for two or three days, sing and read the Bible. Every Sunday adherents gather in a similar way – a church service glorifying their creator, reading the Bible, praying, making plans on how they can help those in need and having tea together.

The church is aware of international religious gatherings in the country such as President Nursultan Nazarbayev’s launch of the triennial Congress of Leaders of World and Traditional Religions since 2003.

“We simply pray and say that it is good that such activities take place… We think positively about such events; thank goodness this occasion has been going on for several years,” said Shumayev.

Nazarbayev is considerate about religious harmony [in the country], not letting national and religious enmity to happen, he added.

“Therefore, we are humble about not being invited to such a happening yet; maybe someday we will be. Meanwhile, we support this idea, pray and are glad that Kazakhstan conducts these events, which many people know and discuss. I am even told about this when traveling outside the country. Thank God we have so many nationalities here living in peace together. This is our President’s merit and that God helps us when we pray,” he said.

“I want to say thank you for the possibility to collaborate with authorities, local and city akimats (city administration) in Almaty. We gather for a meeting where we talk about our work, where we are informed about plans and laws. Everything is well,” he added.

Protestantism in Kazakhstan is one of the forms of Christianity in the country. Pentecostalism or Classical Pentecostalism (initially known as the Revivalist Movement) has the largest number of non-Orthodox Christian churches officially registered in the nation.

Four hundred registered communities were Pentecostal at the beginning of 2011. All religious communities were required to re-enter registration by authorities due to new legislation the following year.

In 2016, 217 Pentecostal, 181 Evangelical Christian Baptist, 108 Presbyterian and 14 Evangelical Lutheran churches were re-registered by authorities, according to data from the Kazakh Ministry of Religious Affairs and Civil Society.