By Kamila Zhumabayeva in Business on 3 February 2017

ASTANA – Toyota has remained the sales leader in Kazakhstan based on 2016 results. The Astana Times interviewed a car enthusiast to discover why this particular Japanese car brand has become so popular across the nation and the world.

Toyota led the rating of the most demanded brands among Kazakh residents with 8,809 cars sold within the last 12 months, reported informburo.kz.

“Last year, auto retail did not cope with the downturn caused by currency shocks between 2014-2015. However, following the results of the fourth quarter, the market regained financial growth: in December, residents spent $293 million to buy cars (12 percent more than the previous year). This provided the best sales from the beginning of 2016,” said KazAutoProm Chairperson of the Board Oleg Alferov, according to the news agency.

Toyota has become so mainstream some once joked about it being a “Kazakh” car.

“Apart from Kazakhstan, Toyota is quite popular across the entire CIS (Commonwealth of Independent States), Near East, the U.S., Canada and other countries. But this brand is not as popular in Europe,” motor sport lover Serik Abduov shared with the Astana Times.

In most regions, Kazakh road conditions are difficult to navigate. Complicated climate conditions such as cold and windy winters, strong temperature fluctuations and hot summers impact a car’s use and resources, he noted.

“Toyota always offered high quality and simple cars for export. The company produced an interesting right-hand drive car in the domestic market. No one doubts that engineers and designers of this great company make excellent cars and know their job, but they always offered pretty simple models such as Corolla, Camry and Prado for export to other countries, including Kazakhstan,” said Abduov. 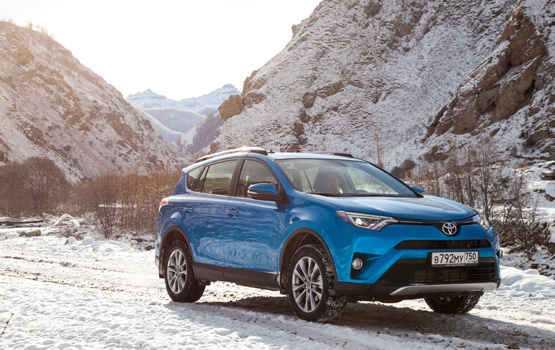 Due to good quality, Toyotas last longer that some complex European brands, because, for instance, those cars don’t have a multilink suspension and have electronics that can falter, he noted.

The way most people in Kazakhstan handle their cars plays its role, too.

“It is inherent in our mentality that we do not look after our cars well enough. Many cars are second hand, with high mileage and damaged. When sophisticated equipment is involved, it cannot stand such conditions,” he said.

Kazakhstan does not have enough good electricians and engine mechanics who could take care of sophisticated and interesting foreign car brands, he added. As a result, Toyota became the people’s popular car.

Many who consider themselves car experts and car connoisseurs dislike the brand because they see it as plain, primitive and a mainstream workhorse. Even the most expensive models such as Toyota Land Cruiser can be rephrased as a Japanese UAZ model, said Abduov.

He had a Toyota, but as a motor sport lover did not like the car and its steering. He feels it is great for people who use a car to get from point A to point B.

In his student days, Abduov drove foreign brands. When he faced financial challenges, however, he needed a simple, new car that would consume little petrol and have low maintenance costs for several years. He bought a Lada and kept it for three years with no regrets.

“Yes, it is noisy and has plenty of flaws. Lada is a cart, in fact, but it gave joy with its easy maintenance,” he added.

While driving his Lada, Abduov had a minor repair that was resolved in two minutes and cost him 400 tenge, a little more than US$1.

“It is no secret that statistically, the average Kazakh resident is not very rich and can’t be compared to the average Japanese, German or U.S. resident. The income level is not very high. When a family or a person in our country tries to decide what car to purchase with a specific amount of money at hand, they come to realise it is better to buy a plain new car under warranty and with cheap spare parts. Even if this car breaks down, it can be fixed in the back yard rather than buying an interesting car that has to be looked after. That is why Lada became another popular car brand in Kazakhstan and other states of CIS,” he said.