ASTANA – Technovation Challenge is bringing together young girls from across the country to learn to solve real-world problems through technology. 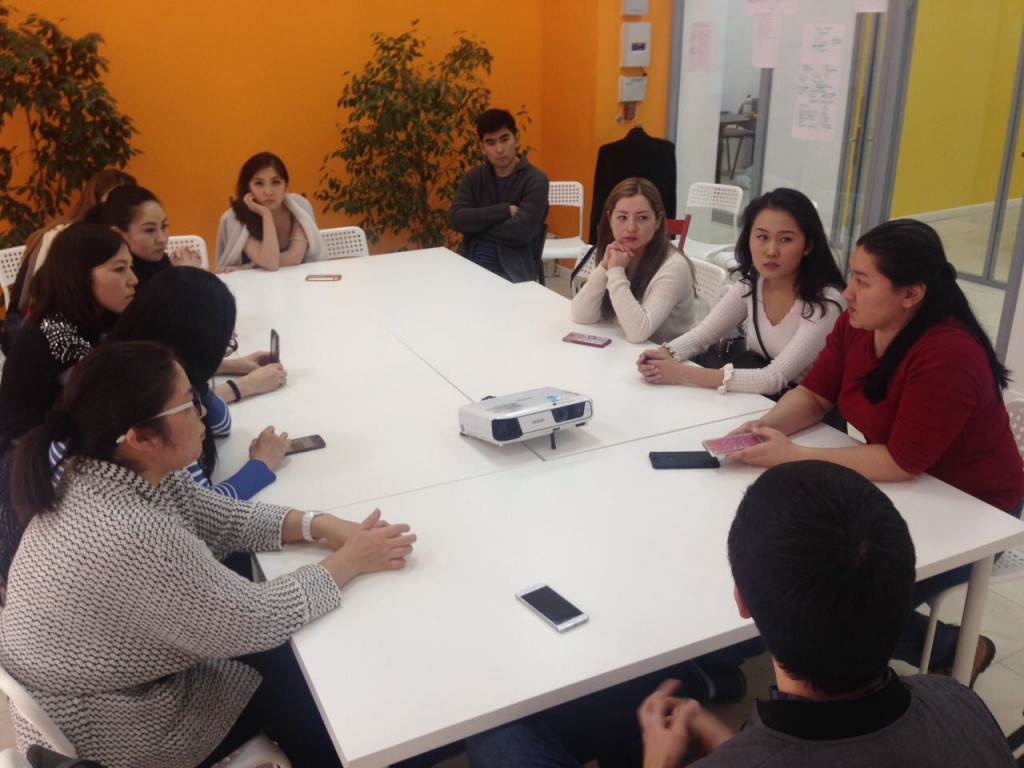 Founded in San Francisco, the annual international competition for girls aged 10-18 was introduced in Kazakhstan in 2016. Shortly after attending the 2015 TechWomen programme, Diana Tsoy launched Technovation Challenge in her home country and became the programme’s representative in Almaty. This year, Gulshnar Salpykova, a TechWoman herself, joined the initiative and helped expand the programme.

“Our mission is to inspire and teach young girls to address real life challenges through technology, namely through development of mobile applications. We want to encourage them to pursue their ambitions in entrepreneurship and programming,” Salpykova told The Astana Times.

The programme offers girls the opportunity to emerge as tech entrepreneurs and leaders. The teams, supported by mentors, build mobile apps and develop business plans to launch them.

“The participants will identify a problem in their community and then be challenged to solve it. Not only will they come up with interesting ideas, but they will actually implement them, learn to pitch them and be able to commercialise their projects in the future,” she added.

The programme representatives and mentors are adult professional women, industry leaders and entrepreneurs who have volunteered their weekends to help a new generation of female leaders.

“The most rewarding part is seeing how the young girls get excited about what they are doing. Not only do they learn new skills, but they also build confidence that they can be part of a solution that affects and benefits many. Seeing young girls empowered, their horizons broadened, their aspirations getting bolder is motivating both for me and the mentors,” said Salpykova.

This year, the organisers are targeting girls from public schools, especially those from underrepresented communities.

“We are dedicated to lifting up those young girls who do not always have access to information, encouragement and leadership tools,” she said.

Eighty teams of three-five girls from every part of the country have entered the competition. The teams are currently working on creating solutions in education, healthcare, reducing poverty and promoting equality and peace.

The teams will compete in junior and senior categories, with 13 teams representing the capital in the semifinals in April. A local panel of judges will choose the two leading teams who will later enter an international online contest. In June, 12 teams (six in each category) among hundreds from 78 participating countries will receive a sponsorship to enter the finals in San Francisco.

Even though the programme was only introduced recently, the Kazakh tech-savvy girls have already demonstrated good results. Last year, a Kazakh team ComPote 2016 won the opportunity to visit the Silicon Valley with the mobile app Aktivnyi Almatinets (Proactive Almaty Resident). The app allows the local government to gather the most up-to-date, real-time information on infrastructure and urban planning challenges that need addressing by engaging the users to give feedback and building a strong sense of community among city residents.