ASTANA – Spanish Ambassador to Kazakhstan Pedro Jose Sanz Serrano praised the relationship between Kazakhstan and Spain Feb. 11 on the occasion of the 25th anniversary of bilateral relations.

“We have had many visits and both embassies, Kazakhstan’s in Madrid and Spain’s in Astana, have been always active, having good relations with authorities,” said the ambassador. “In 2009, our states signed a strategic relationship document, which is a kind of privilege, because we don’t have such documents signed with all countries. I could name it a milestone in the bilateral relationship. In 2010, Spain supported Kazakhstan’s chairmanship in the OSCE.” 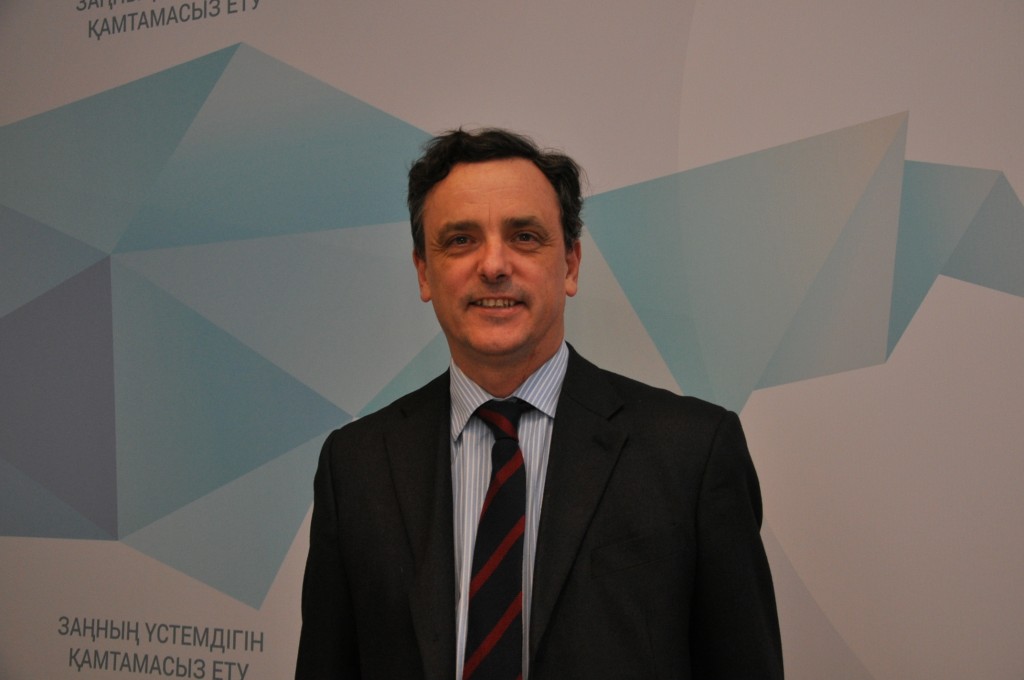 “There are many different sectors in which our countries cooperate. Spain imports different raw materials, including oil and metals from Kazakhstan. Kazakhstan imports clothes, construction materials, machinery and spare parts for the machinery. For example, Talgo railroad cars and Airbus planes,” the ambassador said.

“Of course, this isn’t enough. Much more should be done. I think that we should have more business. For instance, we could have more Spanish goods represented in local supermarkets,” he added.

The ambassador also emphasised that participation in EXPO 2017 is considered a top priority for him this year. He said, “We aspire to have a great pavilion there, much visited to promote our technologies and cultural wealth among people of Kazakhstan,” he said. “This year, Spain’s participation in the Expo will become one of the milestones of our relationship.”

The Spanish ambassador also noted that Madrid has supported Kazakhstan’s membership on the UN Security Council from the beginning. He also said bilateral cultural exchange is an important part of the relationship.

“Cultural exchange between the states is another of our priorities. We try to promote that with our possibilities, supporting the new Romance Studies Centre in Al Farabi [Kazakh National] University in Almaty. I found that really many people in Kazakhstan want to study Spanish. Especially, young people. The embassy is cooperating with Abylai Khan [Kazakh University of International Relations and World Languages] and Eurasian National University as well,” said the ambassador.

He added that he believes the Spanish and Kazakh people have much in common.

“You like music as Spanish people do. You like parties and we do. We are very far away. That is true.  But only geographically. Not in the heart. There are many things that are similar in our countries,” he discussed.

“It is only my personal feeling, but I know that our people both like communicating with family members. I mean getting together, have lunches and dinners. The sense of family is very similar in our both countries,” he said.

The Spanish embassy in Kazakhstan annually celebrates the National Day of Spain, a holyday shared with the Spanish speaking countries in America, on Oct. 12.