By Dmitry Lee in Business on 3 February 2017 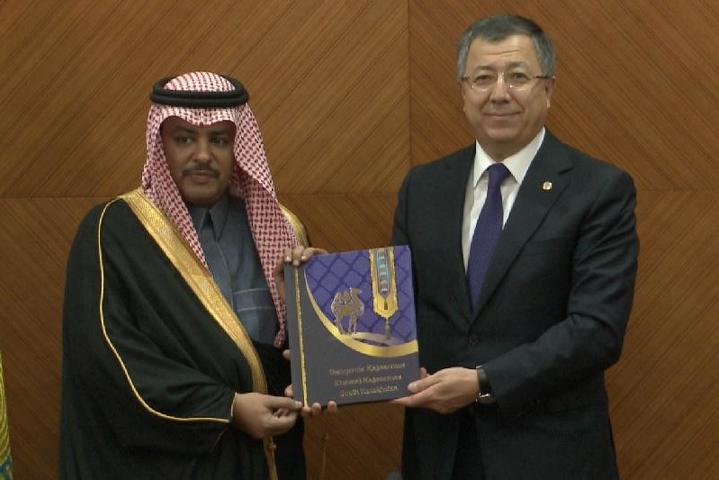 The project will be implemented in two stages, it noted. The first phase will include the allocation of 61 million euros (US$65.8 million), followed by an investment of 24 million euros (US$25.9 million). The project includes construction of a poultry yard for growing chickens, incubator and broiler body shop slaughter and fodder plant.

Representatives of the Arab company are willing to invest in other agricultural areas, such as cultivating sheep and cattle, and have offered to help in exporting meat. During the meeting, Kazakh Ambassador to Saudi Arabia Bakhyt Batyrshayev spoke about important steps in the relations between the countries and developing partnerships in various sectors.

“We are implementing reforms aimed at diversifying the economy,” said Tuimebayev. “The South Kazakhstan region is a region where all sectors of industry and agriculture of the country are developed. We are introducing the best terms to attract investment and creating the most favourable conditions to support local business. We have also reduced administrative barriers for doing business. Currently, we have created three special economic zones where the work is carried out according to a simplified tax system.”

The men discussed distributing powers and duties to implement different joint investment projects. They also noted the need to launch a new level of relations between the region and the Middle Eastern nation.

The governor also focused on the systematic efforts in the region to improve the business and investment environment.

Al-Meleihi noted Kazakh business ties with Saudi Arabia have a good prospect in the future and the South Kazakhstan region has all the conditions for doing business. In particular, he outlined the political stability and harmony in the country which will allow investors to work at liberty.

The trade turnover between Kazakhstan and Saudi Arabia reached US$50 million in 2015 and opportunities exist to significantly increase the figure. With the participation of the Saudi companies, 17 companies are working in Kazakhstan.

Al Ramez International Group was established in 1991 and has invested in a number of
businesses including advertising, brand management, security equipment, construction equipment, consumer products, retailing and trading. Its annual turnover exceeds US$800 million.