Qatar to Participate in EXPO 2017

ASTANA – Qatar has signed an agreement to participate in the upcoming EXPO 2017, the exhibition’s organising committee press service said. 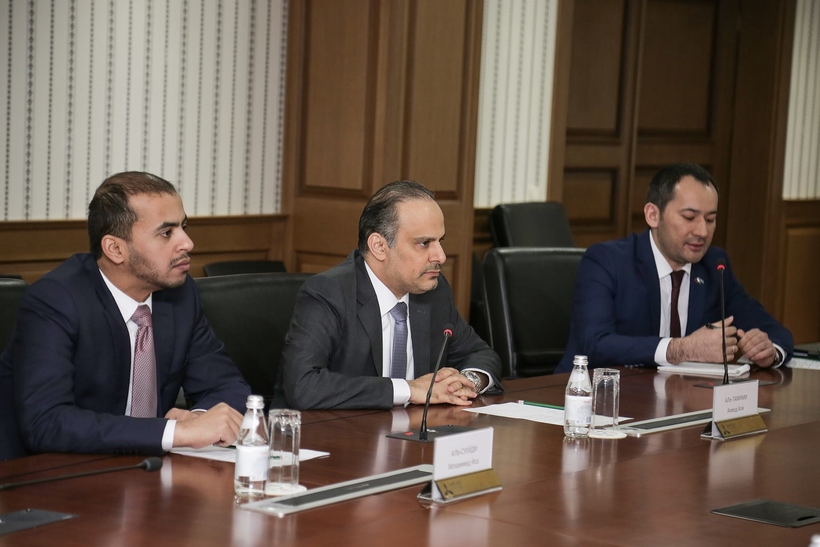 The agreement was inked during a meeting at the organiser’s office between expo chairperson Akhmetzhan Yessimov and Qatar national section commissioner Ahmed Ali Al-Tamimi.

The Astana EXPO 2017 national company is currently working to transfer the pavilions to the international participants, said Yessimov. At present, 13 pavilions have been accepted, including by Arab countries such as Jordan and the United Arab Emirates.

Yessimov and Qatar’s Ambassador in Kazakhstan announced the delegation had the opportunity to see its pavilion and was satisfied with the quality of the work.

“Lately, we have been trying to participate in all EXPO-level exhibitions and even received bronze medals for our expositions in 2012 in South Korea’s Yeosu. I think we can surprise our guests and visitors at the upcoming exhibition, as Qatar’s pavilion will be one of the best at EXPO 2017. During the national day celebration, high level officials might arrive at the exhibition,” said Al-Tamimi.

Attendance at Qatar’s pavilion during EXPO 2015 in Milan was one of the highest, with more than two million visitors. The country’s 457-square metre pavilion at EXPO 2017 will be located near the UAE, France, Romania and Slovakia.

Qatar’s participation agreement was signed and documents passing the pavilion to the country were held at the end of the meeting. Pavilions were transferred to delegations from Azerbaijan and Austria the same day.

To date, 112 countries and 18 international organisations have confirmed their participation in the international specialised exhibition that will last from June 10 to Sept. 10, 2017.