Pavlodar Police Department of Internal Affairs Sergeant Daulet Mukhamedsalykov recently saved the life of an 8-year-old boy, by getting him out of a manhole in which the boy accidentally fell. 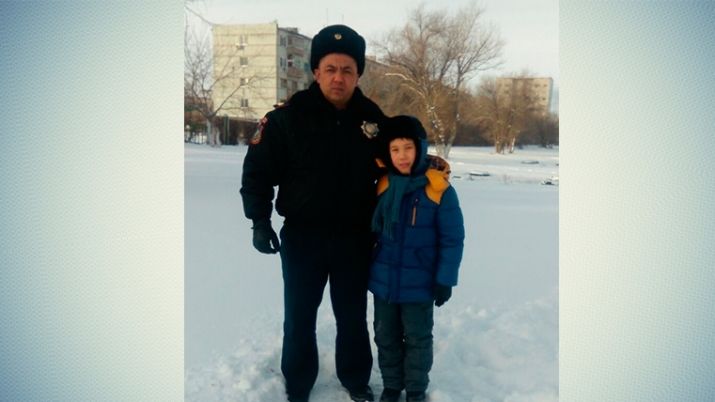 Mukhamedsalykov was driving his own vehicle on his day off when he saw the boy run across the road and suddenly disappear from his view along the Tsaryov Street in Pavlodar. The off-duty policeman immediately drove up to the scene and began looking for the boy and saw the open manhole, from which he heard the boy scream.

He looked inside and saw a boy at the bottom of a water well. The well was about five metres deep, and it was impossible for anyone to get out of there without a ladder.

Decisiveness was a priority in the situation, otherwise the boy could have frozen or drowned to death. The officer saw a truck passing by, Mukhamedsalykov stopped the truck and asked for a ladder, luckily the driver had one. Mukhamedsalykov was able to get to the bottom of the well and rescue the boy. Before the ambulance got to the boy Mukhamedsalykov helped him warm up and gave him his jacket, also protecting the boy from the cold.

The boy’s father Daniyar Zhandilov sent a letter of thanks to head of the Police Department of Internal Affairs of the Pavlodar region, Major-General Marat Kozhayev. In the letter, he and his family expressed gratitude to the police and gratitude for saving the life of their son Bakhtiyar.

By order of Chief of Police Department of Internal Affairs Sergeant Mukhamedsalykov was awarded with a letter of gratitude for vigilance and swift action.