ASTANA – The Kazakh capital brought together delegations from more than 100 countries Feb. 22-23 to touch base on the preparation progress for EXPO 2017, the international specialised exposition. The final participants’ meeting helped the national expo teams to address last-minute enquiries, dwell on details and agree on deadlines in the run-up to the three-month long exhibition that will take place June 10 through Sept. 10. 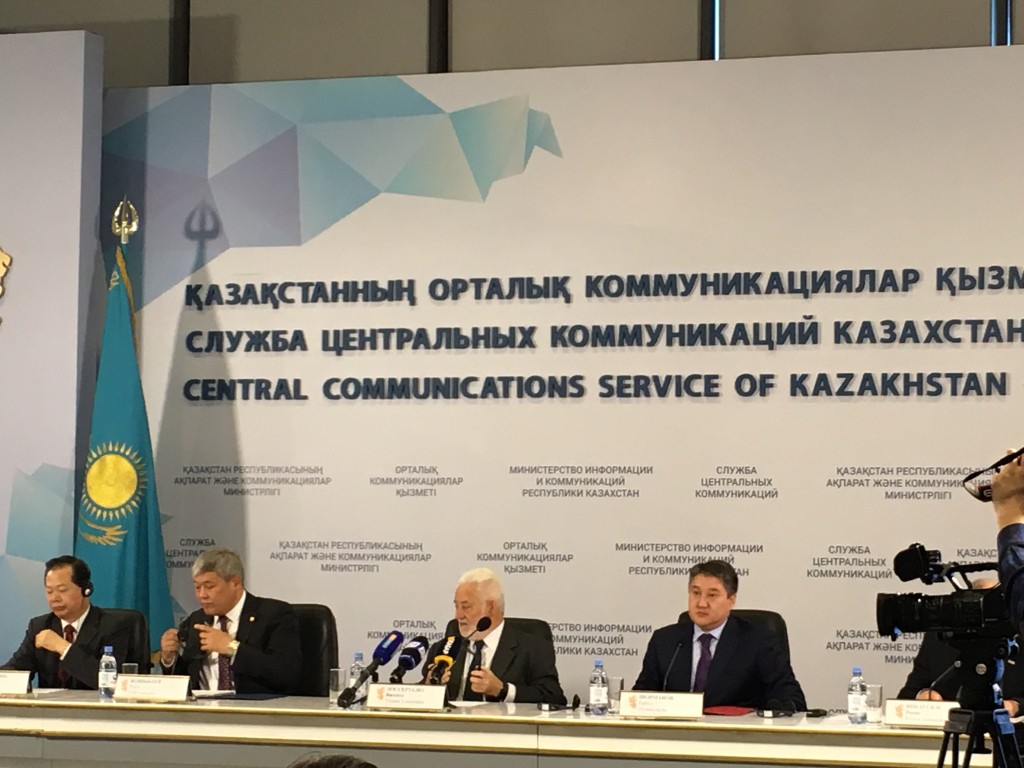 The Palace of Independence served as the venue where the parties had candid discussions. Expo commissioners held work meetings with local authorities and organisers, had their questions answered and demands met. On the second day of the visit, the delegations went to the construction site to check the progress and finalise the terms of pavilions use.

“Explanations provided by the expo company and by the commissioner of the expo have been very clear and very practical. The participants have asked a large number of questions. Now after the meetings, they are very satisfied,” he said. 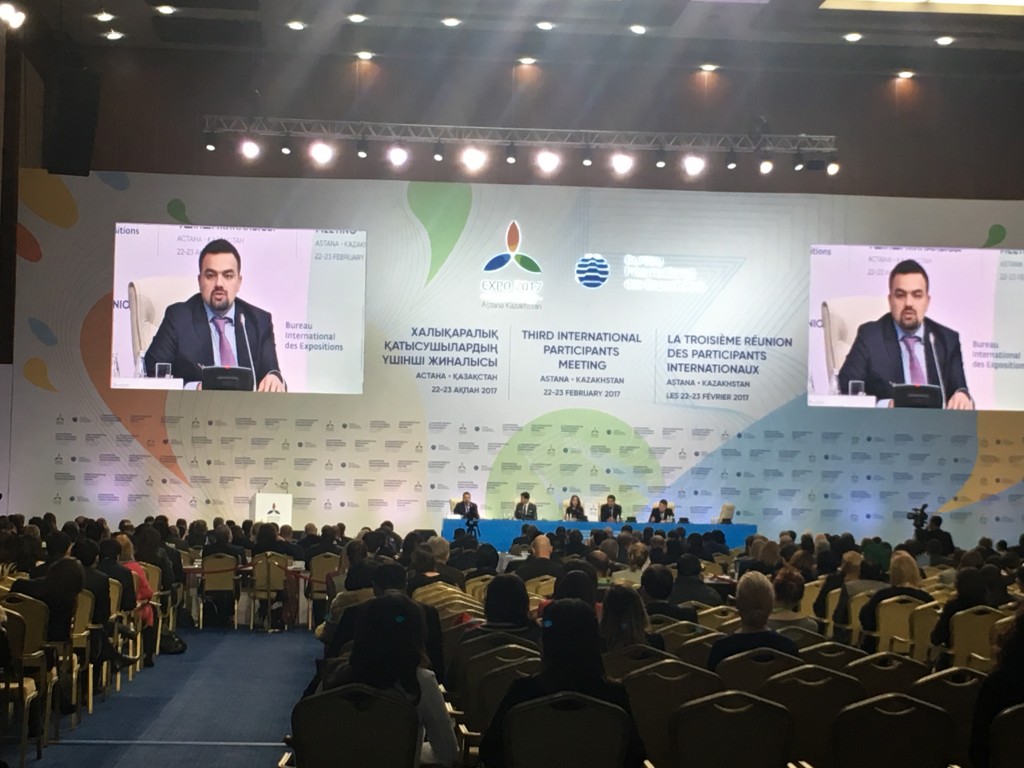 He also reminded the participants of the importance and significance of the upcoming event.

“Astana Expo is more than an expo. It is a commemoration of the 25th anniversary of the independence of the country. It’s a vision of the future of the country and the region. Therefore, my wishes for the success of Astana expo are the wishes related to expo directly and what expo incarnates. I think that the Astana expo is very important. For Kazakhstan, for the region, for the world and for the world expos, this expo is crucial and very determinant,” Loscertales told The Astana Times.

Charles Hendry, commissioner of the UK national pavilion, saw a significant difference between this year’s meetings and those in 2016. 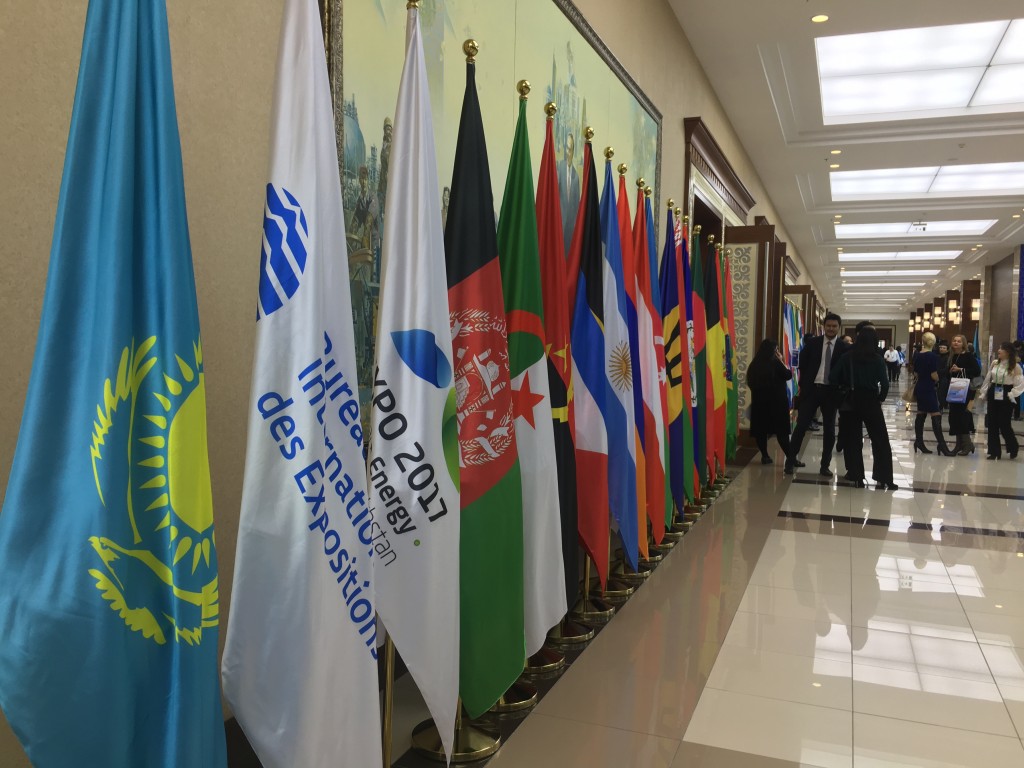 “Last year, there were a huge number of questions that simply weren’t ready to be answered. This year, there are very clear answers to the questions that have been raised, a very clear message that the authorities here are in charge; they’re taking the lead. So, there’s a lot of organisational progress that has been made.  We’re seeing the work which has actually been done on the ground. We’re all recognising it’s a tight deadline, but we’re going to be there on time. When Mr. President comes around on the 9th of June, the night before it all opens, he will be able to see that everything is done and ready,” he told The Astana Times. 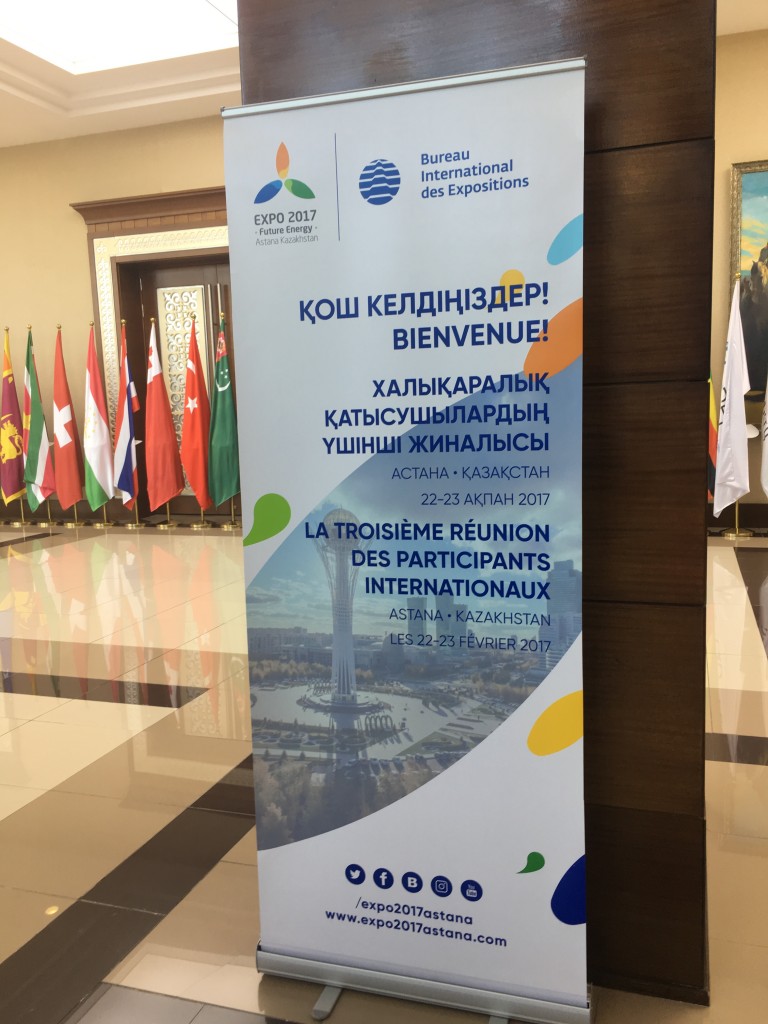 Amid ongoing public concerns about government spending related to holding the exhibition, Hendry expressed hope that the Kazakh people can realise the importance of the event as one of the most significant opportunities for the young republic to be seen on the global stage and for other countries to understand what it has achieved, its ambitions and how it is going to deliver them.

“I know people often look at events like this and think ‘Oh, that’s an awful lot of money they’re spending.’ We had exactly that before the opening of the Olympics in London in 2012. The press was critical and they would try to find faults in many aspects of it. But once it started, everybody joined the celebration. It became, I think for all of us living in the UK, one of the happiest times we’ve ever lived through and it brought the whole country together. I hope that people here will find in expo something which will inspire, excite and change people’s lives. People will come to expo and think, ‘I really didn’t know that was possible.’ And that’s what I want to do. I want to be part of that and that would be a fantastic outcome,” he said.

The Netherlands, a strong proponent of sustainable development, was one of the first countries to support Kazakhstan in its initiative. Dutch pavilion national commissioner Hans Driesser is positive the upcoming expo will be a success. In the meantime, he is making sure preparation goes well and is inviting his friends to visit the country during the event.

“You give Kazakhstan a face, a name, an image. I really encourage a lot of my Dutch friends to come here for the holidays and see Kazakhstan. Technically and logistically it’s not easy to organise (an expo), but in the end, it pays off. I’m sure you will do it. Kazakhstan will be fine. Astana will do fine,” he said.

Driesser, who served as the Dutch Ambassador to Kazakhstan from 2013-2016, also shared his impressions of the host city where he once lived and which he came to love.

“Astana is a visible and tangible token of the vitality of the nation guided by Nursultan Nazarbayev. Astana is a good city to live. It’s clean. It’s secure. It’s safe. Everything is here – beautiful hotels, nice houses – so this is really a good place to live. And I’m also happy to see that for families with young children, Astana is getting a soul. That’s important for a new city,” he said.