Parliamentarism is pillar of democratic state 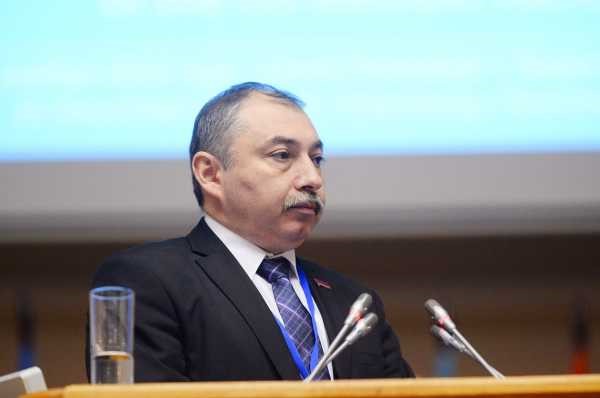 As you are aware, the Kazakh political leadership has plans to introduce amendments to the constitution in order to launch systematic transfer to a model with stronger elements of parliamentarism. President Nursultan Nazarbayev recently made the announcement and the provisional commission has already submitted proposals on the first stage of the necessary public procedures. Considering the legal traditions of the CIS, do you feel this is a timely initiative for Kazakhstan?

I am aware of political development trends in your country and I am interested in them, particularly regarding amendments to the constitution of Kazakhstan, and this is natural since our two countries are members of the Collective Security Treaty Organization (CSTO) and the EAEU (Eurasian Economic Union). I took a close look at the address of Nazarbayev on this significant matter and at the draft law on introducing amendments to the constitution of Kazakhstan. The point of the issue is about redistribution of authorities between branches of the government, which corresponds to the democratic principle of separation of powers. The President is delegating a number of his current powers to the parliament and the government, thus strengthening the parliamentary control and influence of the legislative body on social and political processes in the society.

Speaking about timeliness, it is up to the individual country to decide the very fateful moment to undertake reforms in the governance system to increase its effectiveness. The choice of time for reforms of a state structure depends on trends of social relations development in a country and on challenges faced by a society. Kazakhstan, in 25 years of independence, has achieved remarkable successes in the economy, development of social relations, culture and education; therefore, if Nazarbayev initiated a transfer of a portion of his powers to the parliament, government, the judiciary and local government at this point in time, then there is a necessity to undertake reforms.

Following the collapse of the USSR, adoption of a presidential form of governance was a common trend among the CIS countries at the early stage of development. Somewhere, this kind of presidential hierarchy was more peremptory, somewhere less; however, a presidential form of governance was the closest one to the legal traditions in the post-Soviet space for newly-independent countries without an experience in parliamentarism, a multiparty system and state governance with divided branches of government. Within the last 25 years, reforms of governance systems towards strengthening the parliamentarism had also been the common trend for the CIS countries; as a result, political systems appeared to be more flexible.

In your opinion, are there any specific features of Armenian parliamentarism which determined the earlier launch of such reforms in comparison to other EAEU states, including Kazakhstan? It is no secret the closest political cooperation takes place within integration associations. Would the transit to a different model bring fluctuations to the uniformity of the union’s single economic life?

The constitution of Armenia of 1995 provided a strict pyramid of the presidential form of governance. However, after 10 years – in 2005, Armenia conducted a constitutional reform; as a result, part of the presidential powers was delegated to the parliament and government. Those reforms and current processes in Kazakhstan have something in common; at that time, Armenia had become a country with a semi-presidential form of governance. Armenian society had always considered itself as a part of European civilisation with a tradition of freethinking and other democratic institutions. Already in 2015, the need in the promotion of civil liberties and strengthening of parliamentary control led to the need of a new constitutional reform. In addition, it should be noted that the concept of democratic institutions’ development within the semi-presidential form of government could create certain situations which would negatively affect the internal political stability of the country. All these things brought us to the constitutional reform, according to which Armenia became a parliamentary republic and now we experience the transition process towards the new form of governance.

As for certain disharmonious interrelations within the EAEU caused by dissimilarities in the forms of governance of the participating states, I think that there are only protocol issues and nothing more. Some distinctions between the state administration systems of the EAEU member countries existed even before our reform. The majority of the states had the presidential form of government, while Armenia – semi-presidential, but these differences did not have any impact on our joint work. Moreover, there are many examples of other integration communities; for instance, the European Union, where countries with various forms of governance work effectively. When it comes to integration, the most important is the desire of our peoples and an efficient policy of all branches of power that is aimed at integration.

What would you recommend to Kazakh partners with regard to future reforms, taking into account the ongoing constitutional transformations in Armenia and the growing parliamentary electoral campaign in accordance with the new system?

Undoubtedly, the enforcement of parliamentarism and political institutions is one of the pillars of a democratic state. Although Armenia is still in the transition period towards the parliamentary model, however, those advantages achieved by the country due to the constitutional reform are already seen. The role of the parliament in state governance has been significantly increased and this trend is still growing. The role of political parties has been enhanced; civil liberties are more tangible and more affordable for our citizens. Regarding the pace of such reforms, it is necessary to keep in mind the specificity of each country. Therefore, both artificial delays and attempts to outrun the natural course of the society’s development are dangerous for this process. Pulling reforms and revolutionary changes too quickly may cause totally reverse effects. Instead of democratic institutions – chaos, instead of effective management – backlash, instead of economic improvement – havoc. It happened already when ultraliberals applied the method of shocking therapy in the post-Soviet space under the orders of the International Monetary Fund (IMF) and other western structures. Thus, any reform should be interpreted carefully and unhurriedly. Nevertheless, I think that in this case this advice is not relevant for Kazakhstan, since the whole history of Kazakhstan’s political and economic system reforms evidences the accuracy and precision of all steps.

What is the most import area of interparliamentary cooperation between our countries in the context of the reforms?

The cooperation between our legislatures is carried out mainly through the Interparliamentary Assembly of the CIS countries. This is a very important and effective structure for legislation harmonisation in the CIS countries; however, the essential priority area should be both the promotion of bilateral Armenian-Kazakh interparliamentary interrelations and inter-party contacts. Moreover, we have to intensify through our parliaments the mutual relations between different segments of our societies: intellectuals, academia, students, etc. Armenians and Kazakhs are brotherly nations; we have the rich and warm-hearted common history during the USSR period. It was created by our grandparents and parents and the mission of our generation is not only to preserve, but also to pass it to our youth, who did not witness the Soviet Union.

I would like to use this opportunity to thank the President of Kazakhstan for the high level state award I received on the eve of the New Year, as well as to express gratitude to the Kazakh Embassy in Armenia headed by Ambassador Timur Urazaev for active collaboration with the parliamentary structures of Armenia.