By Alisher Nuraliyev in International on 13 February 2017

ASTANA – Kazakhstan “strongly condemns” the ballistic missile launch conducted by the Democratic People’s Republic of Korea (DPRK) on Feb. 12 as “a blatant violation of the relevant UN Security Council resolution, the Ministry of Foreign Affairs in Astana said in a statement on the same day. 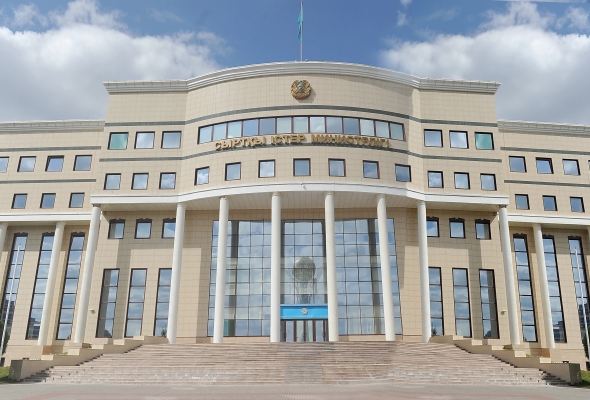 “Being, together with Japan, the co-chairman of the 9th Conference on Article XIV of the Comprehensive Nuclear Test Ban Treaty (CTBT), as well as the chairman of the Hague Code of Conduct against Ballistic Missile Proliferation, Kazakhstan believes that extremely irresponsible actions of the DPRK have a negative impact on the nuclear disarmament process and pose a threat to both regional and global security, undermine the efforts of the vast majority of countries in the world in ensuring a nuclear weapon-free future,” the ministry said.

“Kazakhstan is firmly convinced that the key to global security is a nuclear weapon-free world, and stands for complete prohibition of nuclear testing all over the world,” the ministry said. It further called on the DPRK to return immediately to the negotiating table in the six-party format with the participation of China, Russia, the United States, the Republic of Korea and Japan, and to abandon completely its nuclear weapons aspirations.

In 1991, at the break-up of the Soviet Union, Kazakhstan inherited part of the former Soviet nuclear weapons arsenal, at that time the world’s fourth largest. It then renounced that arsenal and shut down the former Soviet nuclear test site at Semipalatinsk where, from 1949 to 1991, more than 450 nuclear tests were conducted resulting in contamination of large areas of land and harmful consequences for health of more than 1.5 million people.

Since independence, Kazakh President Nursultan Nazarbayev has made campaigning for a global nuclear disarmament a key staple of the country’s foreign policy. In addition to creating, together with Kyrgyzstan, Tajikistan, Turkmenistan and Uzbekistan, the Central Asian Nuclear Weapon Free Zone (CANWFZ), Kazakhstan has also launched an international awareness campaign, The ATOM (Abolish Testing. Our Mission) Project whose online petition for the early entry into force of CTBT has already been signed by more than 300,000 people in more than100 countries around the world.