By Alisher Nuraliyev in International on 22 February 2017

NEW YORK – Kazakhstan believes the Astana platform, which recently demonstrated its usefulness in talks on Syria, can be used more widely as a venue for efforts to help resolve other conflicts, one of Kazakhstan’s top diplomats said Feb. 21 at the UN Security Council. 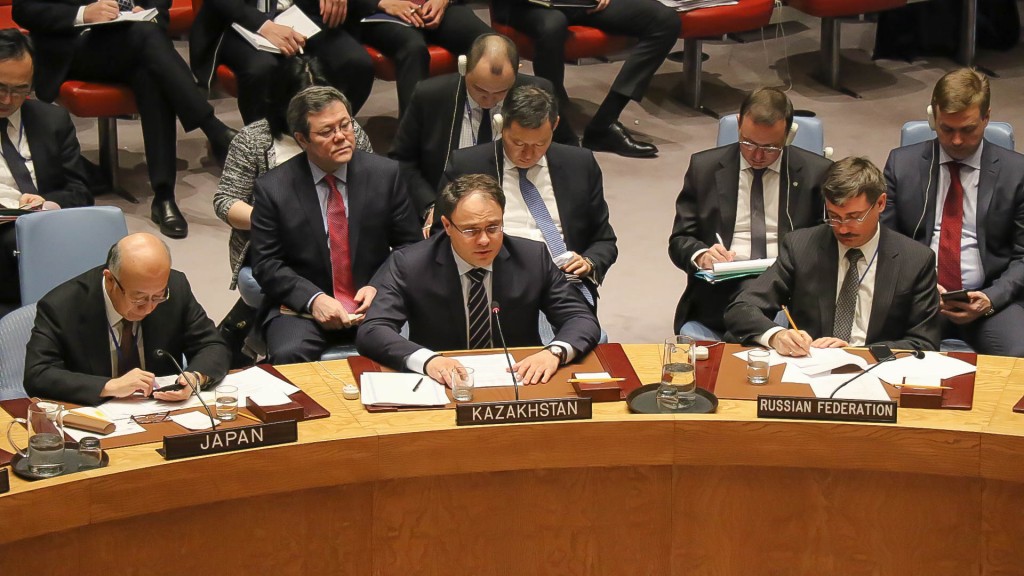 Speaking at a UN Security Council ministerial open debate “Maintenance of International Peace and Security: Conflicts in Europe,” Roman Vassilenko, Kazakhstan’s deputy minister of foreign affairs, said: “The position of my country regarding conflicts in Europe that, unfortunately, continue to take place without durable solutions, is well known. Kazakhstan maintains friendly relations with all the countries involved in those conflicts, without exception. With virtually all of them, we have both bilateral and multilateral formats of mutually beneficial cooperation within integration initiatives and regional organisations. That is why we believe the Astana platform can serve as a much-needed venue for restoring confidence and reconfirming commitment to basic principles of international law and respect for the national interests of the parties involved.”

The European security environment has changed dramatically in recent years, he said. The conflicts, threats and instability on the continent are impacted by contemporary security challenges, such as unconventional terrorism, irregular migration, organised crime, including arms and drugs trafficking as well as trafficking in persons. “Last but not least, there’s the expanding atmosphere of fear and distrust,” the diplomat added.

In his address to the 70th session of the UN General Assembly in 2015, President of Kazakhstan Nursultan Nazarbayev, said: “Humanity needs to move from a focus on routine conflict prevention and post-conflict rehabilitation to a new development strategy which would make such conflicts senseless.” 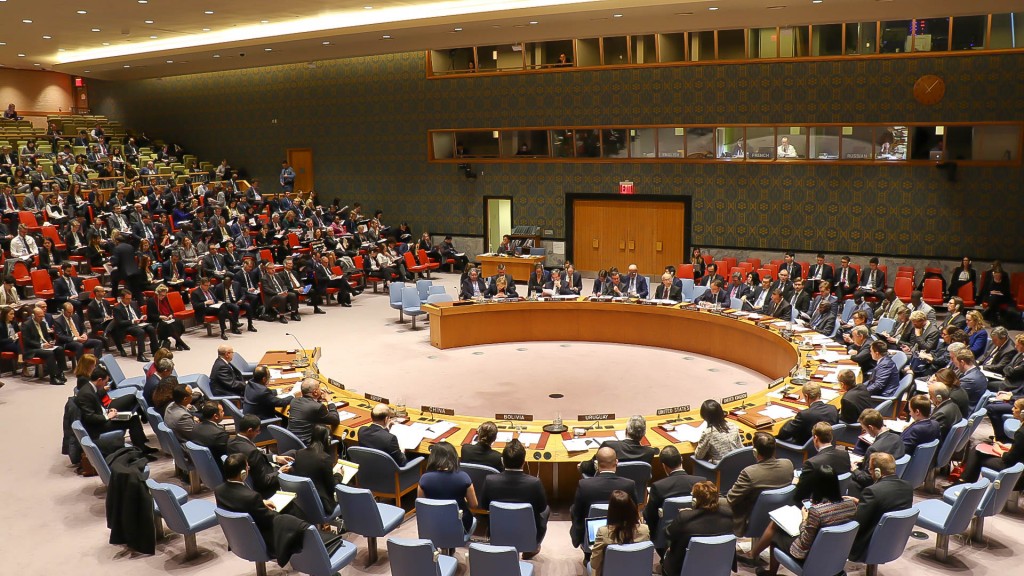 “To this end, Kazakhstan has consistently advanced an international agenda that seeks to help solve conflicts before they arise, and, if that is no longer possible, to mediate between conflicting parties with the aim of creating conditions for lasting peace,” Vassilenko explained, citing the results of several international meetings in Astana and Almaty on the Syrian conflict and Iran’s nuclear programme.

Kazakhstan’s approach based on seeking mutual understanding and restoring trust among nations, was, perhaps, most notable during its chairmanship in the Organisation for Security and Cooperation in Europe (OSCE) in 2010, he said.

“At the Astana Summit of the OSCE in December 2010, all of its participating states recommitted themselves to ‘the vision of a free, democratic, common and indivisible Euro-Atlantic and Eurasian security community stretching from Vancouver to Vladivostok, rooted in agreed principles, shared commitments and common goals.’ That commitment is as critical and relevant now as it was then,” the Kazakh deputy foreign minister stressed.

According to him, peaceful solution of conflicts in Europe requires practical action at several levels: between major powers, regionally and locally. It is also important that the Security Council as well as other partners redouble efforts to forge political agreements, taking advantage of even the narrowest openings to find opportunities for compromise, as a matter of priority.

“Bringing an end to the conflict in eastern Ukraine should be our utmost common priority. Our President has consistently worked to help put an end to hostilities contributing to the eventual conclusion of the Minsk Agreements,” Vassilenko said, adding that Kazakhstan considers those agreements the only viable, existing mechanism for solution of the conflict in a peaceful way.

He also said Astana welcomes the most recent announcement on Feb. 18 of an agreement to implement the cease-fire in that three-year-old conflict which has seen one of its deadliest flare-ups in recent weeks.

“It is of special importance for our multi-ethnic country that Ukraine remains sovereign, stable and independent with diverse multi-ethnic and multi-confessional society, in which all human rights are upheld,” Vassilenko continued. “We believe full-fledged normalisation of the situation in that country can only be achieved with economic recovery. We, therefore, call for establishing confidence-building measures in the economic dimension.”

He also outlined Kazakhstan’s positions on the situation in Georgia and the Nagorno-Karabakh issue, as well as on Cyprus and Bosnia and Herzegovina.

According to Vassilenko, two documents from President Nazarbayev will guide Kazakhstan’s work at the UN Security Council over the next two years, the Policy Address from January 2017 and the Manifesto, “The World. The 21st Century.”

In the policy address, the Kazakh leader said progress through preventive diplomacy, democratic processes, arms control, confidence and security-building measures, the promotion of human rights and security in the economic and environmental dimension lie at the heart of Kazakhstan’s vision for effective global security and safety. And the manifesto, which is an official document of the UN Security Council, sets out a step-by-step plan for ending conflicts and violence at regional and global levels.

“We fully support the agenda and priorities of UN Secretary-General Antonio Guterres on prevention of conflicts, which is more effective than crisis management. My country stands united with the international community in efforts to strengthen the work of the United Nations and the Security Council. We support member states to constructively transform conflict into peace, advance security and development, protect human rights, and promote the rule of law,” Vassilenko stressed.