By Malika Orazgaliyeva in Nation on 6 February 2017

ASTANA – President Nursultan Nazarbayev led a Feb. 3 expanded government meeting discussing the key objectives of the third stage of Kazakhstan’s modernisation, which were laid out n his Jan. 31 annual address to the nation. 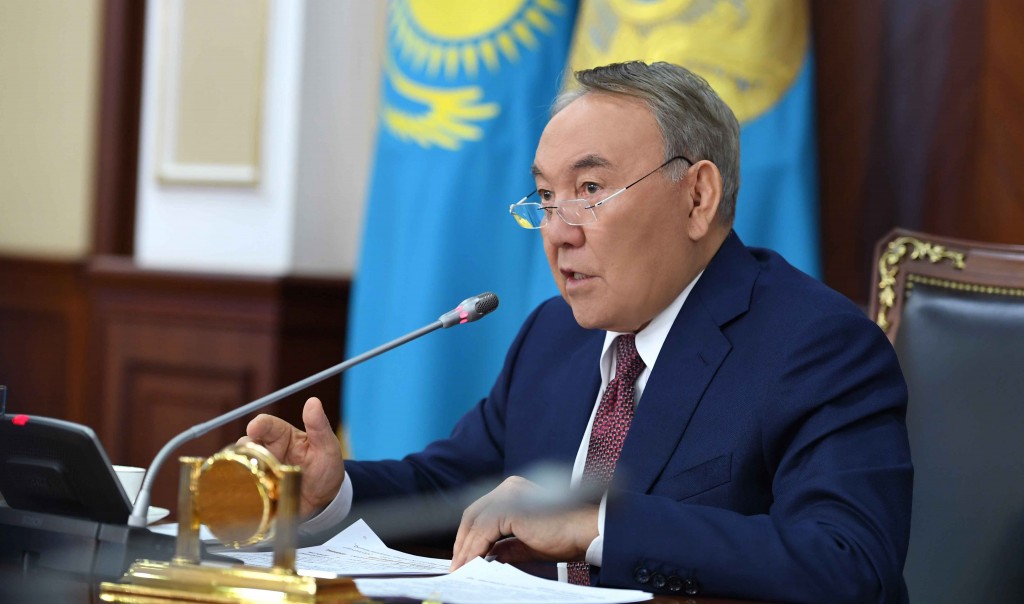 Nazarbayev instructed the government to take into account the target indicators of the Kazakhstan 2050 Strategy while developing a Strategic Development Plan until 2025.

He stressed the need for sustainable GDP growth at 5 percent pointing to the existing potential for further development of the national economy.

Nazarbayev instructed the regional akims (governors and mayors) and development institutions to reinforce projects in the framework of the state programme of industrial-innovative development that are now idling.

Nazarbayev drew attention to the decline of goods and services produced by small- and medium-sized enterprises (SMEs) and the involvement of citizens.

“According to government reports, the scheduled inspections were cancelled, the new risk management systems were implemented, whereas the state services were converted into electronic format. However, the number of employees in the inspection bodies was not reduced. For this reason, I instruct the government, the General Prosecutor’s Office and the National Chamber of Entrepreneurs of Kazakhstan Atameken to conduct a large-scale audit of the control and supervisory functions until the end of March,” Nazarbayev said.

“It is necessary to revise and cancel all inefficient tax breaks and preferences. Tax legislation should stimulate business activity, investments and reduce the share of the shadow economy,” he added.

Thereafter, Nazarbayev touched the topic of expanding the boundaries for business. He noted the need to reduce the proportion of the state-owned enterprises, as well as establish a list of organisations in accordance with the principles of Yellow Pages that will reasonably remain in state ownership on the results of privatisation.

The President also pointed out the lack of work on the development of public-private partnerships emphasising that akims should be more responsible in this area.

Nazarbayev noted the importance of measures of state support for domestic producers. It is necessary to ensure long-term contracts and introduce modern technologies and innovations. There should be created a unified IT-platform for purchases and producers, he said. According to him, it will provide import substitution and development of domestic production.

Nazarbayev underlined poor conditions of agricultural holdings and instructed the General Prosecutor’s Office in cooperation with the Audit Committee to carry out the relevant checks.

Nazarbayev stressed the importance of ongoing healthcare reforms noting that its results must improve the quality of services.

In addition, Nazarbayev stressed the importance of the transition to a 12-year education system, a new trilingual system and the updating of the rules of the United National Testing (UNT). He instructed the responsible state body to inform the country’s population about the positive effects of these changes.

All reforms are provided with the necessary funding sources, informed Nazarbayev. At the same time, he noted the responsibility of the state bodies for effective allocation of the state budget.