By Aigerim Seisembayeva in People on 24 February 2017 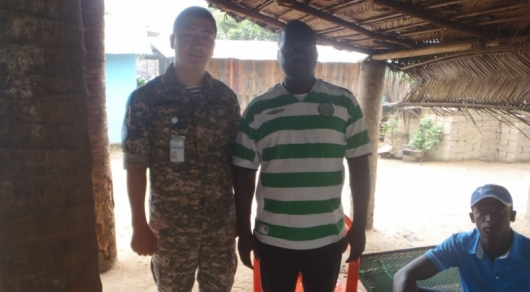 Amangaliuly served for one year as a member of a mission monitoring the border with the Republic of Mali. He helped monitor illegal border crossings by illegal armed groups, identify drugs, psychotropic substances, weapons and ammunition, explosives and their components and the movements of refugees returning to their country after post-conflict developments.

The peacekeeping operation is essential to fulfil Kazakhstan’s international obligations, promote its military-political positions and establish its role in the international arena, the country’s Ministry of Defence believes.

Kazakh peacekeepers are trained to international standards. A special peacekeeping operations training centre has been established, where officers with UN missions experience share their knowledge and train colleagues. The United Nations has praised the level of training of Kazakh peacekeeping units, marking the contributions of Kazakh officers to the UN’s operations.

Four officers of Kazakhstan’s armed forces are currently serving in UN peacekeeping missions. They are participating as military observers in a mission in Western Sahara (MINURSO). Since July 2014, 11 Kazakh officers have served in United Nations peacekeeping operations as military observers in Western Sahara and Côte d’Ivoire.