By Aigerim Seisembayeva in Nation on 1 February 2017

ASTANA – Kazakh President Nursultan Nazarbayev’s 2017 address to the nation, published Jan. 31, focuses on what he termed a new, third stage of the country’s modernisation. It consists of five top priorities that are to ensure economic growth above the world average and bring the nation closer to its goal of joining the top 30 most-developed countries. 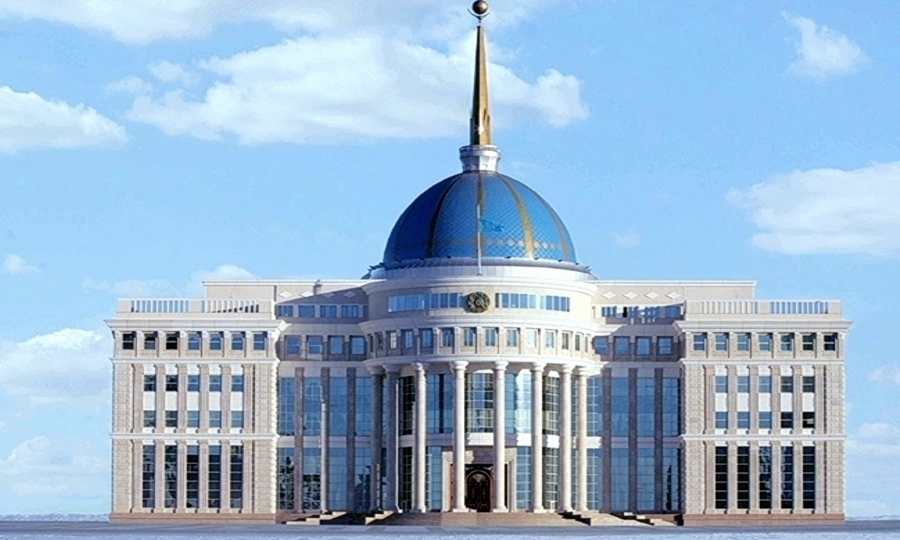 Kazakhstan passed its 25-year development phase with honour, said the head of state. He evoked the beginning of the country’s tenure on the United Nations Security Council, the upcoming EXPO 2017 international specialised exhibition and Universiade 2017 in Almaty among the nation’s achievements and successes.

“In 2014-2016 alone, 1.7 trillion tenge (US$5.2 billion) was additionally allocated to support the economy. This provided opportunities for economic growth, business support and creation of over 200,000 new jobs. This resulted in a 1-percent GDP growth in 2016. This is particularly important in the current difficult conditions,” the address reads.

The world today is witnessing the fourth industrial revolution. The digitalisation of the economy, Nazarbayev noted, will make entire industries disappear and create fundamentally new ones.

“Great changes are taking place before our very eyes – it is both a challenge and a historic opportunity for the nation. Today, I put forth the task of ensuring the implementation of the third modernisation of Kazakhstan. It is necessary to create a new model of economic growth that will provide the country’s global competitiveness,” he said.

The first stage of modernisation was forming an entirely new state based on the principles of a market economy in the 1990s. The second was implementing Strategy 2030 and creating a new capital – Astana.

“This modernisation is not a plan to combat current global challenges, but a reliable bridge to the future, to meet the objectives of Kazakhstan 2050 Strategy. It will be carried out on the basis of the 100 Concrete Steps Plan of the Nation,” said the President.

The address further outlines the five priorities for Kazakhstan’s modernisation.

Within this priority, Nazarbayev is aiming to create new industries based on digital technologies, such as 3D printing, mobile banking, e-commerce and digital services. The President instructed the government to develop a “Digital Kazakhstan” programme and establish an international IT startup technological park, based on some of the premises to be left vacant after EXPO 2017 which will attract entrepreneurs and investors from around the world. This also includes developing scientific and innovative potential on the basis of Nazarbayev University and Alatau IT City near Almaty.

In addition to creating new industries, impetus is to be given to developing traditional ones. This implies increasing productivity in areas like automation, robotics, artificial intelligence and big data exchange. The government was instructed to develop a package of measures for the technological re-equipment of basic industries until 2025.

Attention was also attached to export promotion. The address indicates exporters are to be provided with support based on the ‘one stop shop’ principle. The President instructed forming a governmental council with business representatives to discuss export policy and also ordered the government and akims (governors and mayors) to develop a unified export strategy in cooperation with businesspeople by Sept. 1.

The agrarian sector is to become the new driver of the economy. Kazakhstan is fully capable, in Nazarbayev’s words, of producing organic foods. The “Made in Kazakhstan” brand must become a high standard in this sphere. At the same time, he set the goal for Kazakhstan of becoming the “bread basket” of Eurasia in terms of grain production.

The President also outlined logistics and construction as parts of the first priority, highlighting the need to ensure free transit of goods, establish and modernise transport corridors and transfer innovation technologies into construction and producing building materials. The Nurly Zher programme will provide housing for 1.5 million families in the coming 15 years.

Modernising the economy will lead to releasing the labour force from traditional industries. In this regard, the President instructed the government to create conditions for a controlled flow of workers into other sectors.

One of Kazakhstan’s strategic goals is to ensure small- and medium-sized businesses account for at least 50 percent of the GDP by 2050. In order to achieve this goal, the government must support mass entrepreneurship by providing micro-loans of up to 16 million tenge (US$48,800), reducing all types of business costs, optimising public services and deregulating the business sphere. The President also initiated introducing a doing business rating across Kazakhstan, an analogue of the World Bank’s Doing Business report, with a special prize awarded to pioneer regions annually on Industrialisation Day.

The state’s share in the economy is to be reduced to 15 percent of the GDP. This should be achieved through transparent and effective privatisation and reorganisation of Samruk-Kazyna, Baiterek and KazAgro holdings, delegating to business everything that can be done by the private sector. Only natural monopolies and implementing strategic projects should remain in the state’s function.

Public-private partnerships (PPPs) are to become primary mechanisms of infrastructure development, including social, housing and utility sectors. All possible types and forms of PPPs must be used in order to attract private equity.

The President also noted the importance of preventing price and tariff collusions by revising the legislation to identify regulations that hinder competition.

In this section, the President indicated the task of restoring the stimulating role of the monetary policy and involving private capital into financing the economy.

Inflation is to be reduced to 3-4 percent in the medium term and the financial sector should be “reset.” The latter includes rehabilitating the banking sector, increasing the responsibility of audit companies, ensuring shareholder transparency and improving corporate governance.

“The National Fund should be used more efficiently. Guaranteed transfer from the National Fund must be gradually reduced to 2 trillion tenge (US$6.1 billion) by 2020,” the address reads.

Education is the core of the new model of economic growth and should be focused on developing critical thinking abilities, skills of unaided information search, IT knowledge and financial literacy. Nazarbayev noted the importance of transitioning to trilingual education. While Kazakh remains the core language, several subjects at schools will be instructed in English starting in 2019.

“This year, the Free Vocational Education for All project starts on my initiative. First, free education should be provided to unemployed and self-employed young people and people of working age who do not have professional education. It is necessary to give impetus to the development of the vocational education system for training specialists in the new industries,” said the President.

The fourth priority also includes healthcare issues. Raising the scope of IT use in the healthcare system, introducing compulsory social health insurance, legislative regulation of drug prices, increases in pensions, lump sum allowances and living wage are all named among priority tasks.

Implementing the best practices and recommendations of the Organisation for Economic Co-operation and Development (OECD) and protecting private property, the rule of law and equality before the law will remain pivotal in the new economy model.

Nazarbayev addressed the issue of the fight against terrorism, noting it should become more proactive.

He also tackled the problem of cybercrime, instructing the government and the National Security Committee to create a “Cyber Shield of Kazakhstan” system.

Turning to the fight against corruption, the President noted the necessity of identifying and eliminating the causes and prerequisites of corruption, rather than eliminating its consequences. Creating a single procurement system is one of the proposed steps in this direction.

These are the key areas of development within the third stage of Kazakhstan’s modernisation, according to the President’s address. Kazakhstan has no other choice but to accept the challenge of the times with dignity and solve the issues to further modernise the country, he said.

“Having gained a unique wealth of experience of creating a state, we have entered a new stage. I am sure that no matter what difficulties are ahead of us, we will overcome them. Our main strength is in our unity. We will turn Kazakhstan into a more prosperous country for our descendants!” the President said.