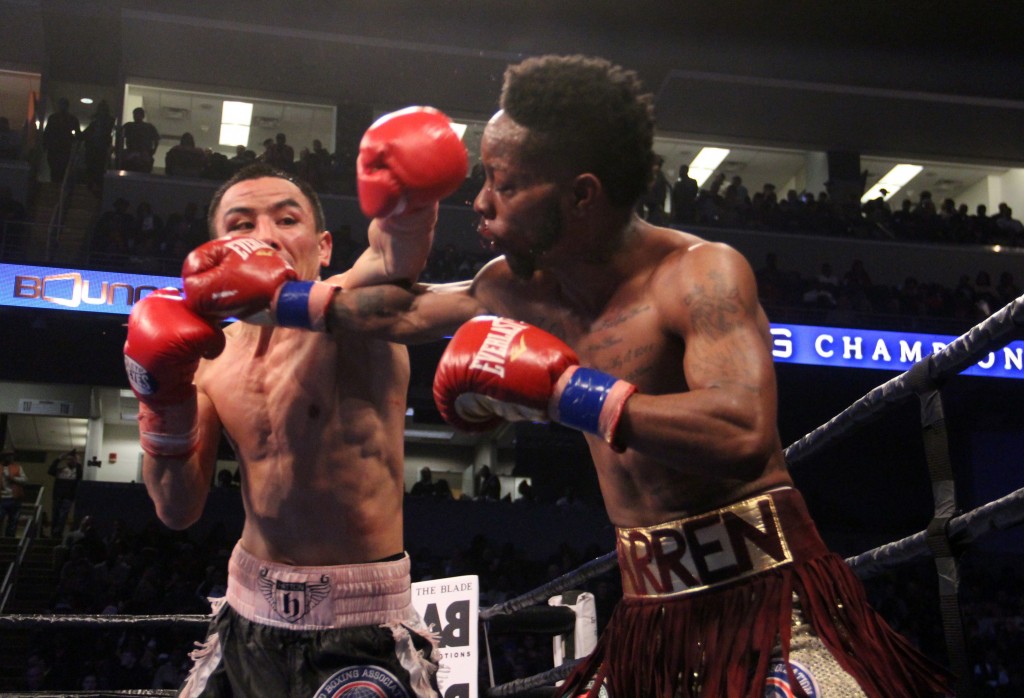 The fight’s favourite ahead of the bout was  Warren who held the two titles contested on the night. The Kazakh boxer, who had had a year-and-a-half break, was viewed as a clear underdog.

The beginning of the bout was promising for the American. He knocked down Zhakiyanov twice as early as the first round. However, it did not break down the Kazakh boxer, and he went on, giving his opponent heavy blows into head and body.

The 33-year-old native of Petropavlovsk, North Kazakhstan, continued to dominate in the following rounds, providing one attack after another. Warren had little choice but to try to cover up.

Zhakiyanov’s advantage could be felt in every round. The two boxers fought for the win until the very last seconds of the bout. Following the final whistle, Zhakiyanov was granted a victory by a split decision.

“We all believed in Zhanat. We know that he is very persistent and hard-working, and the only doubt was his [physical] condition. His opponent was very strong. We all were rooting for Zhanat and knew he would do his best to win. So, we are happy it all ended well,” said the Vice President of Kazakhstan’s Professional Boxing Federation and the 1980 Moscow Olympics silver medallist Viktor Demyanenko.

“The beginning of the bout was quite surprising to me. I missed a knockdown, and when the referee counted, I looked at Warren and saw him smiling and shaking his head, as if he was saying, “Got you!” … It made me angry and motivated me greatly. After all, I trained so hard and so long for this match, so I could not allow losing in the first round. I decided I would fight till the end, and then whatever happens, happens… I would like to thank fans for their support once again. I felt it during the bout. This is the biggest win of my life [so far]. I would like to dedicate it to my country,” Zhakiyanov said after the fight.