By Kamila Zhumabayeva in Nation on 17 February 2017

ASTANA – More than 40 sergeants from Kazakhstan’s Armed Forces are attending month-long vocational training at the Defence Ministry’s cadet corps, the press service of the ministry reports. 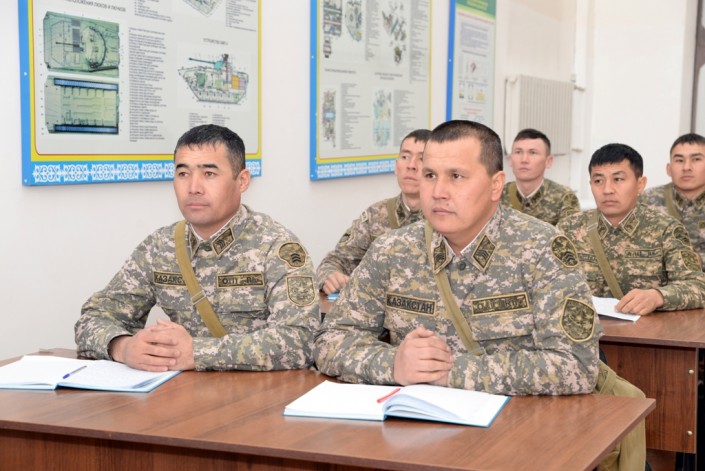 These 40 sergeants are among 500 expected to receive training. During the training, the sergeants must elevate their skill level, become more efficient and supplement military and practical know-how throughout positions they are holding.

This year, the sergeant training includes a new advanced programme covering topics, such as the history of creating and developing the sergeant corps, leadership, consulting and training procedures, explained Temirbek Khalykov, a master sergeant of Armed Forces, head of Department on working with non-commissioned officers of the Armed Forces’ general staff, according to the ministry’s press service.

“A programme of instruction is designed for a multifaceted development of the sergeant corps. Amidst professionalising the army, this is one of the priority directions of further development of the country’s Armed Forces as a whole,” the statement says. 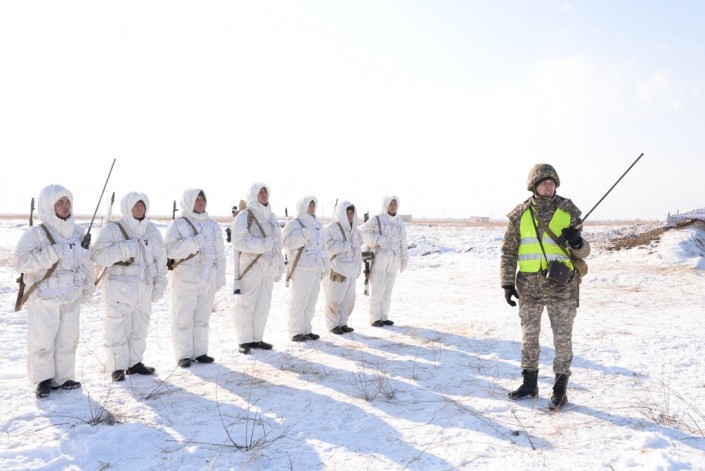 The coursework is a form of professional training for military personnel. Seven levels from basic level to courses for sergeants of troops, squadrons, divisions, staff headquarters, depot complexes and regimentals are specified for non-commissioned officers in the Armed Forces.

The training is held at training depots and military bases of the Cadet Corps of the country’s defence ministry.

Field firing training is meant to improve field craft and cohesion of subdivisions under simulated battlefield conditions, according to the press service.

Under instructions from Kazakh Minister of Defence Col. Gen. Saken Zhasuzakov teams to control and observe the progress of the training were sent off to all area commands.

The best methodologists of military troops for conducting field firing created an environment catered to shooting with all kinds of weapons both at land and air targets, separate targets as individual defence, port firing of fighting vehicles and armoured trucks, firing in the dark using night vision sight and grenade throwing.

When the field fire training is held, most of the focus goes to correcting tactics, proficient weapon use in combat, firing direction and strict compliance with security procedures.