Global experience has shown that foreign investments have a number of significant advantages over other forms of financing the economy. 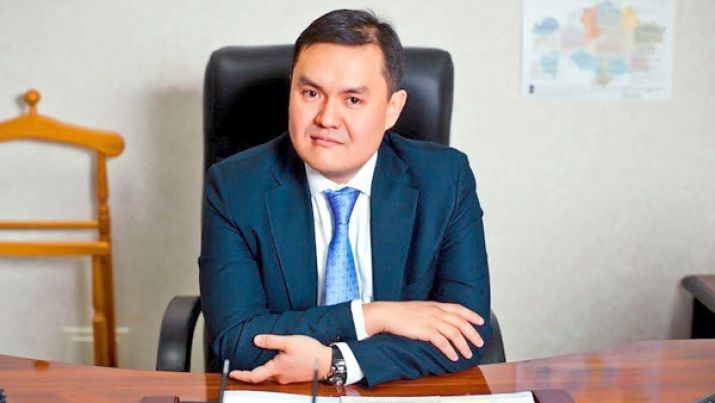 In an interview, Vice Minister for Investments and Development Yerlan Khairov dwelled upon the work of attracting investments into Kazakhstan’s economy and improving the investment climate.

Mr. Khairov, what is being done today to attract investment and how are the agreements with the investors reached?

It should be noted that Kazakhstan is a leader in Central Asia in terms of attracting direct investment. Moreover, today many investors perceive Kazakhstan as an investment hub in the region, the so-called investment destination. Products manufactured in Kazakhstan are exported to Russia, China, Central Asia and many other regions. This is definitely a result of the head of state’s personal involvement. He always pays special attention not only to the improvement of the investment and business climate in general, but also to the direct work with investors.

During his visits abroad, the head of state personally meets with the leaders of major companies. For example, in Tokyo in November 2016, meetings were held with the management of companies such as Marubeni, Toshiba, JGC, Tokyo Rope and Sumitomo. In Seoul, President Nazarbayev met with business “captains” – representatives of Tong Yang Mool San Co., LTD, Hyundai Heavy Industries Co., Ltd., Sojitsu and Lotte Group. Experience shows this is one of the most successful tools to effectively promote the economic success and favourable investment climate of Kazakhstan abroad. After such meetings, the investors are enthusiastic and determined to invest in our country.

During the President’s visits business forums are held, cooperation documents are signed, agreements, which are then translated into joint investment projects, are reached. For example, in Tokyo, in the framework of the official visit of the President, a Kazakh-Japanese business forum was held with the participation of 350 companies from both sides. Following the business forum, 15 commercial agreements worth $1.2 billion were signed in areas such as chemistry and petro-chemistry, innovative technologies, energy, finance, construction materials, tourism, trade and many others.

In Seoul, during the President’s visit, a Kazakh-Korean business forum took place. It was attended by more than 300 representatives of companies from both sides. A total of 23 agreements were signed to implement projects worth $640.2 million in healthcare, information technology, construction, finance, trade and tourism. Our task is to ensure a follow up, i.e. to control the implementation of all agreements reached between the head of state and the investors.

Today, our database comprises more than 300 projects with foreign investors, 220 of which are the active ones worth over $30 billion. It is also necessary to ensure the most favourable conditions for investment activity in Kazakhstan, which is why the improvement of the country’s investment climate is another important direction.

It is no secret that there is an intense competition for foreign direct investment. It involves both developing and developed economies. Kazakhstan looks quite decent against the general background. It is worth noting that for the first nine months of 2016 compared to the same period of 2015, the gross inflow of FDI increased by 27.3 percent and amounted to $14.5 billion. Over the same period, the net inflow of FDI grew 2.6 times and amounted to $6.5 billion. Thanks to the policies conducted by the President, over the last 11 years the economy of Kazakhstan attracted more than $231.6 billion in FDI. Seventy-seven percent of all foreign investment into the manufacturing sector since 2005 was attracted in the years of the industrialisation programme that was announced in 2008.

During the first half of 2016 the gross inflow of FDI amounted to $9.3 billion and grew by 25.8 percent compared to the same period last year. Net inflow of FDI constituted $3.8 billion, an increase of 4.3 times. The biggest share of gross FDI inflow was attached to professional, scientific and technical activities – 32.5 percent; the mining industry – 28 percent; processing industry – 14.7 percent; trade – 8.7 percent, and construction – 5 percent.

Could you please comment on Kazakhstan’s position in various world rankings that assess the investment climate? After all, our country has improved its position in the 2017 Doing Business ranking.

Indeed, in the World Bank’s 2017 Doing Business report Kazakhstan has significantly improved its position, moving up from 51st place to 35th. Kazakhstan has entered the top ten reformers that have greatly improved their business climate. Improving positions in the rankings is not a goal in itself, but such reports serve as a benchmark. These ratings help us study the best world practices, learn what we need to strive for, what should be eliminated or improved. The government is permanently working to improve the business and investment climate in the country, removing the barriers for investors and simplifying business procedures.

Last October, the Investment Committee of the Organisation for Economic Cooperation and Development (OECD), based on the preliminary review of Kazakhstan’s investment policy, decided to recommend to the OECD Council to invite our country as a member of this Committee. How will this affect the improvement of the investment climate and attracting investment?

Let’s start with the fact that the investment climate is a combination of all the factors that every business person analyses when deciding whether to enter a country or not. Every detail is important here. A favourable investment climate begins with a smile of a border guard, a taxi driver who can keep a dialogue in English, a safe stay inside the country. It’s important to provide transparent legislation, clear and effective taxation and customs systems, to develop the infrastructure and improve the quality of human resources. The work on Kazakhstan’s accession to the OECD (Organisation for Economic Co-operation and Development) Investment Committee began a long time ago. In 2011, the committee held its first review of Kazakhstan’s investment policy, studied the conditions for investment and analysed our investment climate for compliance with the standards of OECD member states. At that time, Kazakhstan did not become a member of the OECD Investment Committee, but recommendations to improve the investment climate have been developed in accordance with OECD standards.

In the course of these five years, our country has carried out a major work. The 100 Concrete Steps to implement the five institutional reforms under the Plan of the Nation has become the main driver of improving the investment climate in Kazakhstan. The Plan of the Nation is, of course, a large-scale programme of reforming public institutions. It includes reforms in the judicial system, strengthening the antimonopoly service and the protection of competition, the improvement of state regulation, fighting corruption and much more.

In addition, in his address to the people of Kazakhstan the President gave concrete instructions to improve the investment climate. The government, in its turn, has developed and approved a detailed plan for improving the investment climate aimed at improving the visa and migration regime, the importation of foreign labour, ensuring efficient tax and customs administration and simplifying procedures for obtaining building permits. Very positive impact was given by Kazakhstan’s accession to the World Trade Organisation and its commitments to liberalise trade policy and remove the barriers to investment in various sectors of the economy.

The policy of reducing the state involvement in the economy in the second wave of privatisation was highly assessed. We are taking measures to promote responsible business practices, reduce administrative barriers and optimise business processes of public services. In order to attract investment, we have built a three-tier system that provides a synergy among all the state bodies on the external, central and regional levels.

Much attention was paid to the launch and effective operation of the National Contact Points (NCP), which aims to promote the OECD Guidelines for Multinational Enterprises and responsible business-doing in accordance with the best practices of OECD member states. The NCP aims to ensure a dialogue among all stakeholders: government agencies, multinational corporations and the civil society.

It is this consistent large-scale work that allowed Kazakhstan to join the OECD Investment Committee. The committee members noted the effectiveness of the reforms in Kazakhstan over the five years. Previously, we used to be the “importers” of international developments, but soon we might start “exporting” our own experience of attracting investment and improving the business climate. Many countries today are already interested in Kazakhstan’s experience. An indicator of increased interest was the intense and fruitful discussion in the OECD; the committee members were so interested in our presentation that the session scheduled for two hours lasted a lot longer.

In short, Kazakhstan’s accession to the OECD Investment Committee is a signal to all investors that our investment climate meets the high standards of this organisation. One of the practical steps to improve the investment climate was the unilateral introduction of a visa-free regime for 19 priority countries (Australia, Belgium, Finland, France, Germany, Hungary, Italy, Japan, Malaysia, Monaco, Norway, Singapore, Sweden, Switzerland, the UAE, the UK and the USA) in 2014-2015. A visa-free regime was introduced for citizens of 55 countries as of 2017. Citizens of these countries and investors (if they have an investor visa) are able to stay in Kazakhstan for 30 days without registration.

Today, we can say that we have reached a new level of investment attractiveness. Kazakhstan is already competing for non-oil sector investments on the global market. About 30 major investors came into this sector of our economy. Those include Toyota Tsusho, Danone, Vicat, Coca-Cola, Knauf, Total, Posco, Heidelberg and many others. But we must not forget that the world is not standing still. We have to take proactive measures; we shouldn’t forget that the race for attracting investment involves all countries that are also actively improving their business environments and enhancing their investment attractiveness every year.

How is the work on attracting foreign investment being carried out? How does the three-tier system of attracting investment (external/ /centre/region) work?

The economisation of diplomatic missions of the Republic of Kazakhstan was carried out on the instructions of the President. There are now ten special investment advisers in ten priority countries (China, France, Germany, Great Britain, India, Iran, Italy, Japan, South Korea and the USA).

Moreover, the Kaznex Invest national agency for export and investment has opened five overseas offices in major cities such as Beijing, Dubai, Frankfurt, Istanbul and New York. These offices will provide the necessary range of services for the entire region, including assistance in preparation of documents, advice on issues such as the definition of an investment platform, selection of partners, obtaining licenses and permits when necessary and many more. We focus on the external level in order to assist investors, even in their home countries.

The Governmental Council (called investment headquarters) was established at the central level under the Prime Minister to address the systemic issues of the investors.

We are carrying out a better coordination of the work at the level of regions and cities: special councils on attracting investments under the leadership of akims of the oblasts have been established with responsible people appointed in them.

The important thing is that there are dialogue platforms for investors at all levels: the Foreign Investors Council under the President of Kazakhstan and Council on improvement of investment climate under the Prime Minister. There is the investment ombudsman to resolve current issues and assist in the protection of rights and legal interests of investors. These functions are now carried out by Minister of Investment and Development Zhenis Kassymbek. That is, in our work we always listen to the investors when making decisions both in specific cases and in systemic issues.

All of these instruments are aimed at providing investment opportunities and supporting innovation and development.