ASTANA – The Earth passes directly between the Sun and the Moon for the first time this year on Feb. 11. According to Associate Professor of Astronomy at Kozybayev North Kazakhstan State University Andrei Solodovnik, the February eclipse is of the penumbral type, which is very difficult to detect, tengrinews.kz reports. 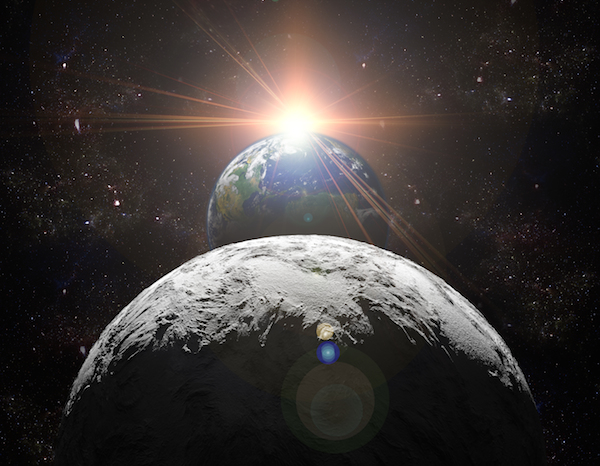 “Lunar eclipses are among the most spectacular celestial phenomena. However, it is quite challenging to admire them. A rare lunar eclipse is problematic to observe from a given part of the world in favourable conditions. For example, previous lunar eclipse happened Dec. 10, 2011, followed by a long break. A new series of such phenomena in the current year open with a first eclipse, scheduled for Feb. 11,” Solodovnik said.

The Moon shines because its surface reflects the Sun’s rays. A lunar eclipse happens when the Earth comes between the Sun and the Moon and blocks sunlight from directly reaching the Moon. A penumbral lunar eclipse takes place when the Moon moves through the faint, outer part of the Earth’s shadow.

The second of two lunar eclipses in 2017 will take place Aug. 7. Next year, people will witness a total lunar eclipse, when Earth’s umbra will completely cover the Moon.

“Penumbral eclipse will begin at 4:32 a.m. (Astana time) on Feb. 11. The Moon will be visible high in the southwestern part of the sky. The most dramatic stage will happen at 6:44 a.m. This time, citizens of Kazakhstan will notice faded Moon. Phenomenon will end at 8:55 a.m. when the Moon will be leaving the horizon in the northwest as the first rays of the Sun will appear in the southeast,” Solodovnik added.

The Feb. 11 lunar eclipse in Leo reflects the opening of a new gateway and a starting point into the energies of 2017, astrologists say.

Eclipses are powerful enough to transform, shift and change the direction and flow of someone’s life. Lunar eclipses are considered in astrology as being deeply life-changing periods that can bring abrupt and sudden change. While this is true, there is another side to eclipses. The good thing about eclipses is that generally one can trust the direction they are guiding in. According to astrologists, eclipses are like the cosmic helping hand of the Universe that puts a person where he or she needs to be. The energy of this lunar eclipse will last until August 2017, they believe, and will open a new gateway of energy that would be productive, active and positive.