ASTANA – Famous French photographer Jean-Francois Rauzier has created his own supernatural dreamlike Astana. The “Hyper Astana” photo exhibition featuring his latest works is open at the Palace of Peace and Harmony until Feb. 12. 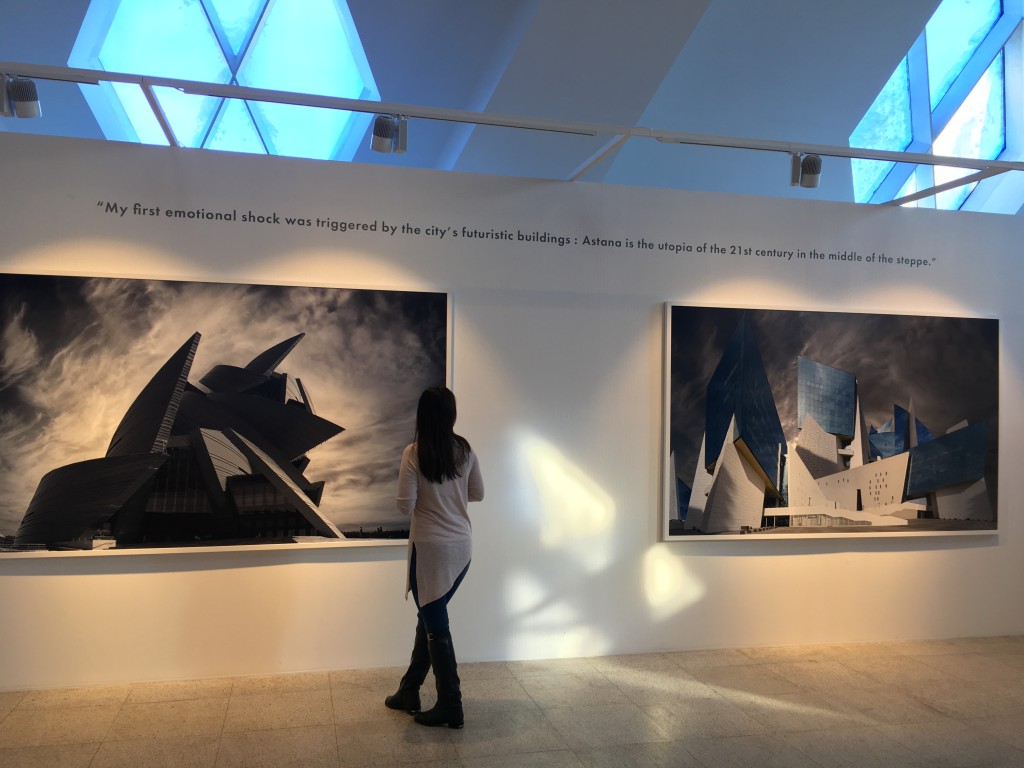 Rauzier has transformed the city according to his vision, adding magic and grandeur to the modern architecture. Working in some ways like an artist, he has made a collection of artworks depicting all the famous attractions presented in an epic postmodern style.

“My first emotional shock was triggered by the city’s futuristic buildings. Astana is the utopia of the 21st century in the middle of the steppe,” the photographer said. 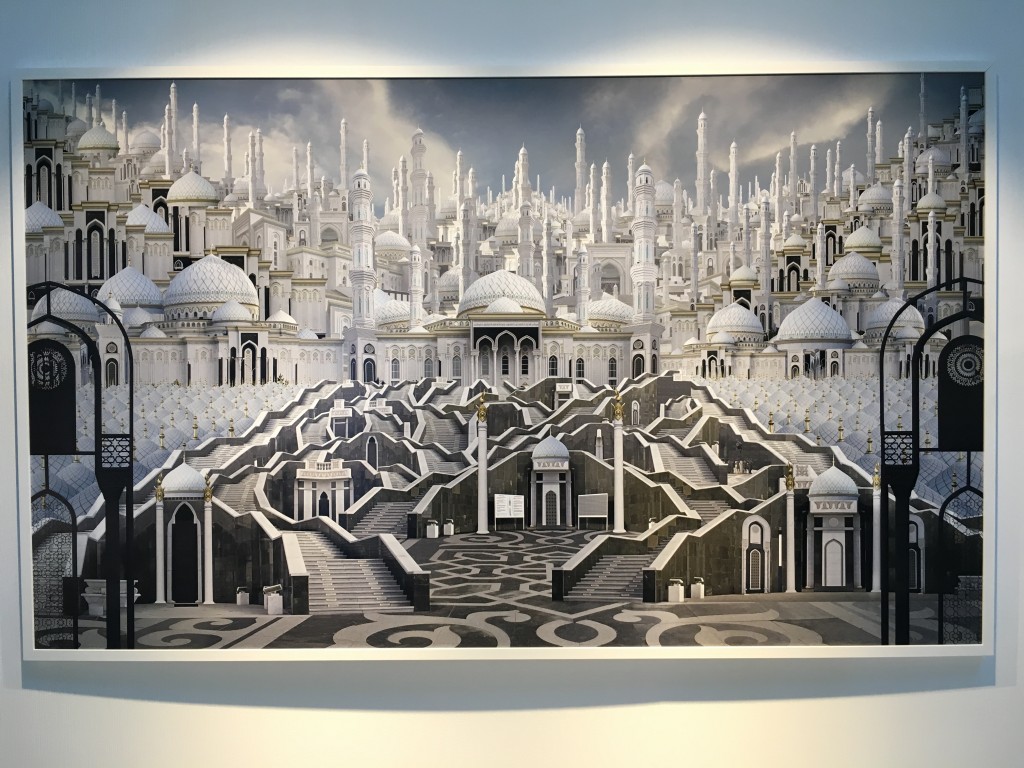 Inspired by the unusual mixture of Eastern and Western architecture, Rauzier took 80,000 photos or 5,000-10,000 pictures of every building to be able to produce the collection. Using digital technology, Rauzier cut, moved and re-constructed the buildings and created new and fantastic urban landscapes.

The collection is part of his animal series. The images feature exotic animals in the most unexpected places, such as a deer grazing in the Akorda, a giraffe climbing up the Astana Library or an elephant passing by the Palace of Independence, creating an illusion of the world after people. 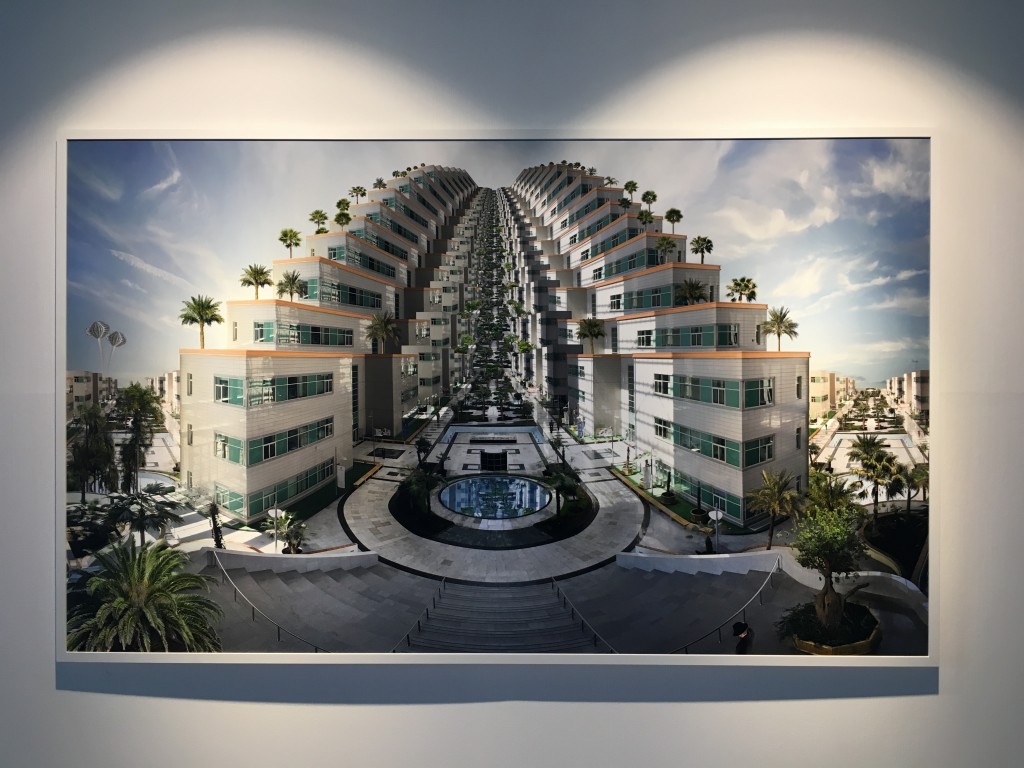 The photos rarely depict people, except for mysterious man wearing a raincoat and hat with his hands tied behind his back. The image reminds of the photographer himself, who has escaped into a dream.

Rauzier started photography when he was 14. He had to wait for more than thirty years for digital technology to develop to be able to re-create his visions in a photograph.

Rauzier created a “hyperphoto” in 2012 inspired by hyperrealism, a genre of painting resembling a high-resolution photograph. His hyperphoto helps the artist to deal with reality and build an imaginary world where he feels more comfortable. He combines both infinitely large and infinitely small elements in a single image, creating new space and time. The artist also questions common human perceptions of science, progress, utopia, culture, oppression and liberty. 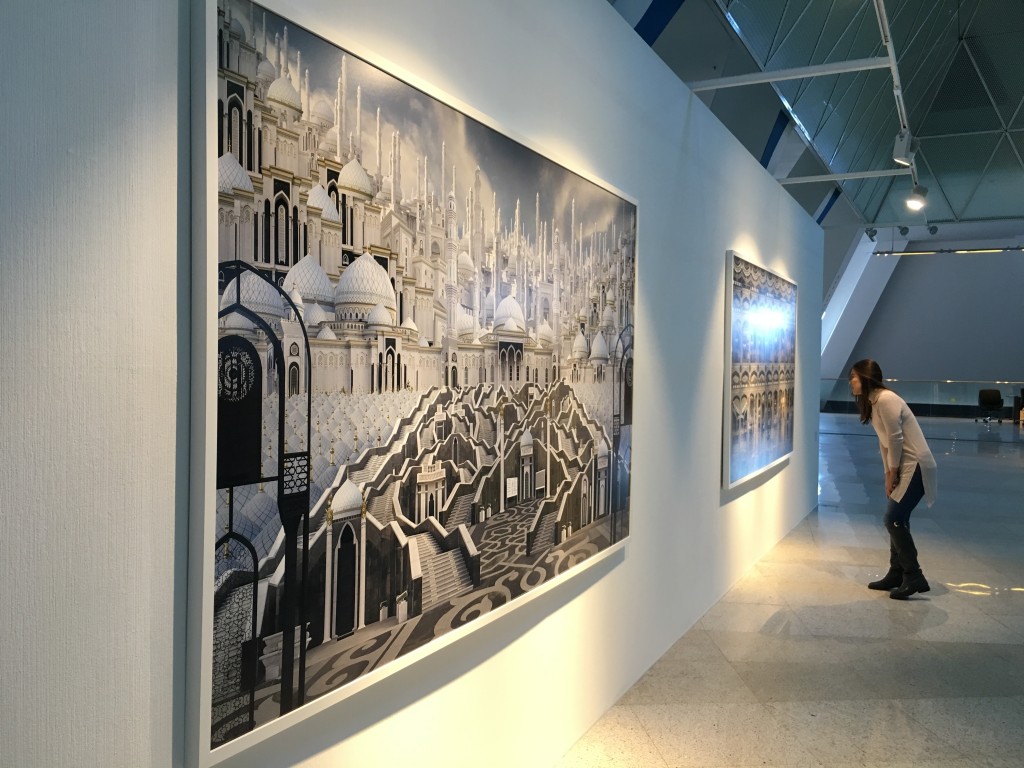 “I think the artist’s mission is to channel new ideas into the world. In some missionary book, I read a quote that said that every person has a role to play: someone nurtures, someone heals, but the most important role is given to the artist. He has the privilege of seeing a small piece of heaven which he can channel here, on Earth,” Rauzier told the sputnik.kz.