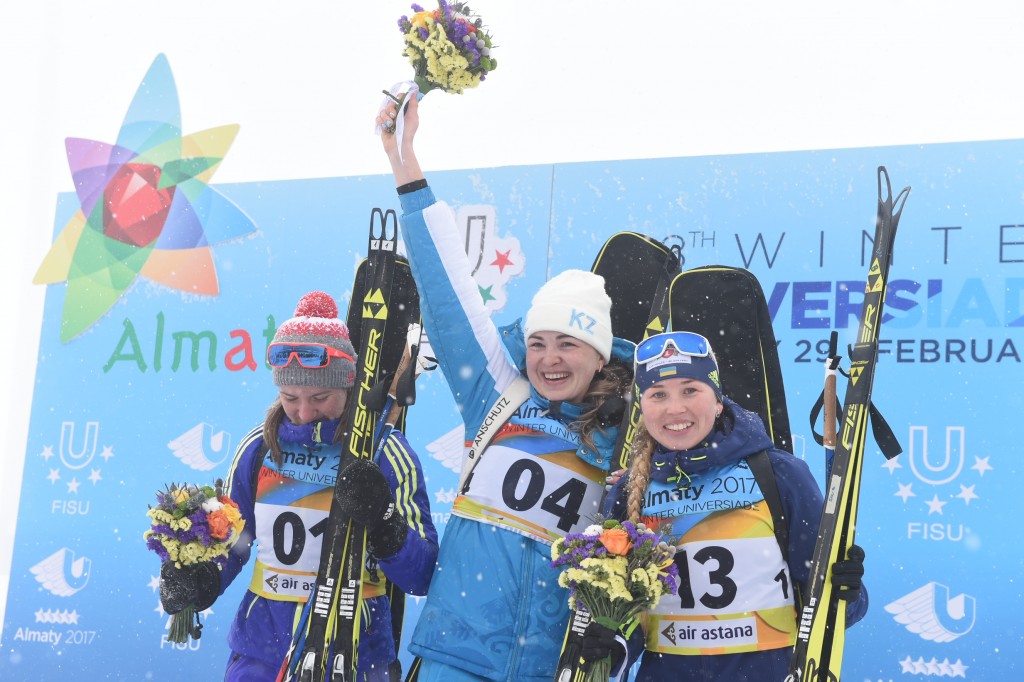 This is Vishnevskaya’s second medal at the Almaty Universiade. Earlier, she claimed silver in the 15-kilometre individual race. 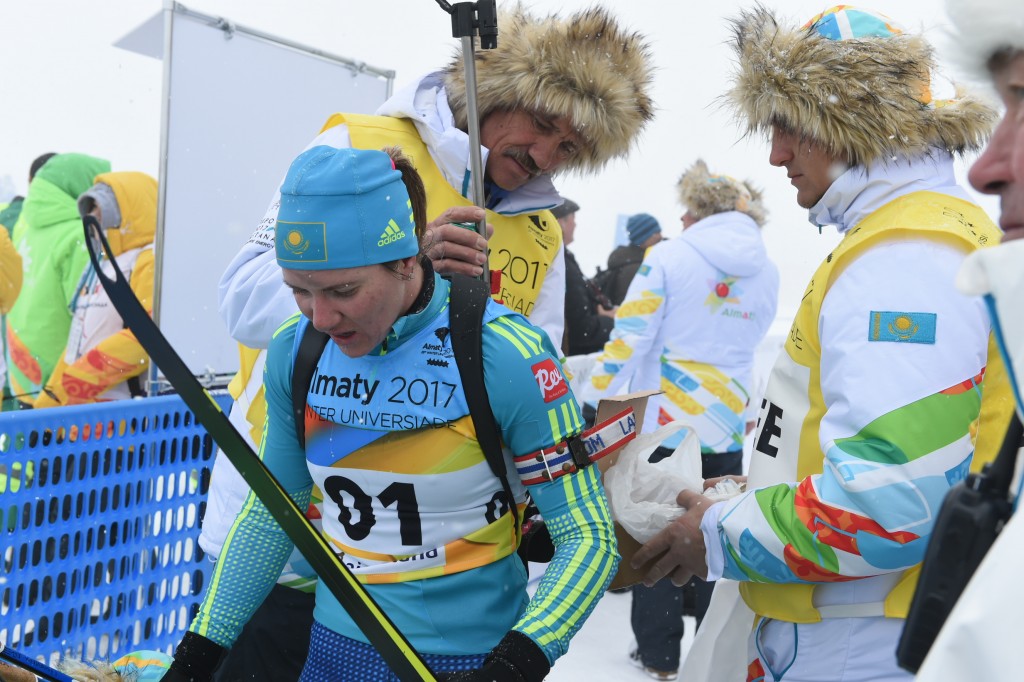 “I am very glad with my result. It was hard in the beginning though. The race was not going well, and I made quite a lot of mistakes. I erred at the first shooting but tried to improve and not to think about it. So, it worked out in the end. I would like to thank the fans for their support. I can feel it [during a race], and it helps to achieve good results. There are many important competitions ahead – the World Cup, the Asian Winter Games, so I will continue training to further enhance my performance,” the champion said.

Reiherd’s score was 79.94 and Galysheva’s 73.80 in the competition held at Almaty’s famed Shymbulak ski resort. Another athlete from the host team, Pavel Kolmakov, climbed the podium along with Reiherd in the men’s competitions, claiming bronze with 76.95 points. 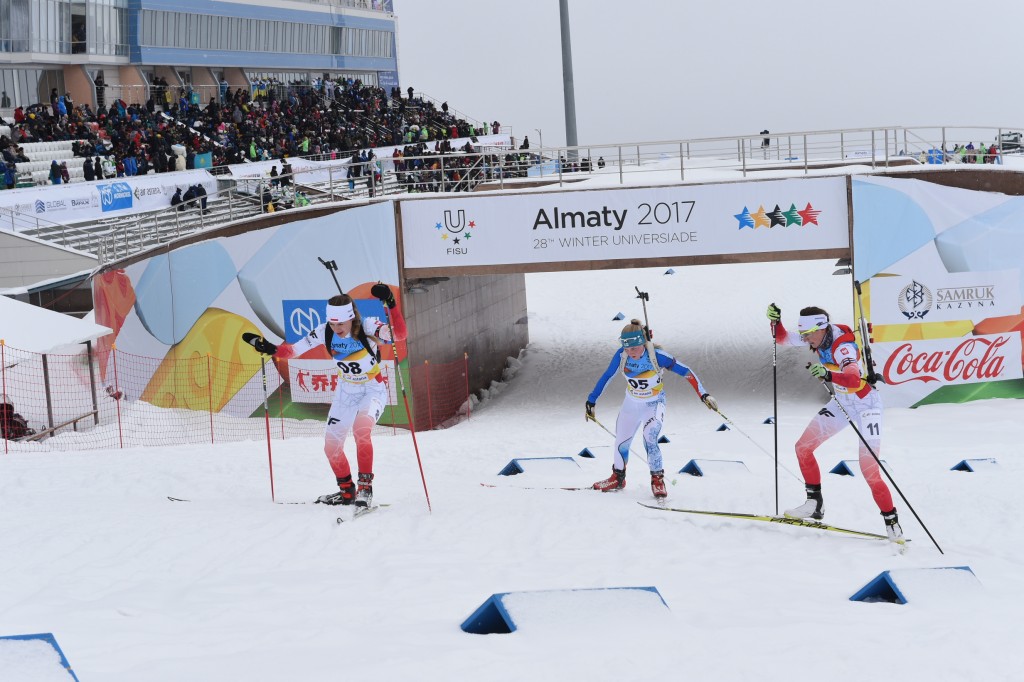 “The Shymbulak track meets all international standards and is very challenging. There was a strong competition today but [I am glad that] we managed to show a good result. Ahead of the Universiade, we trained really hard, participated in [a number of] World Cup events, and came to Almaty at the peak of our form. Today, we proved to everyone we can win [such contests],” Reiherd said.

According to Galysheva, who two years earlier also won at the Universiade in Spain, as the defending champion, she felt a special responsibility to perform well in front of so many of her compatriots.

“I feel great! Winning at home means a lot to me. I am happy the Universiade is being held in Kazakhstan so I was aiming for nothing less than the top position. Of course, I wanted very much to defend my title and I am glad it happened,” Galysheva said at a press conference. 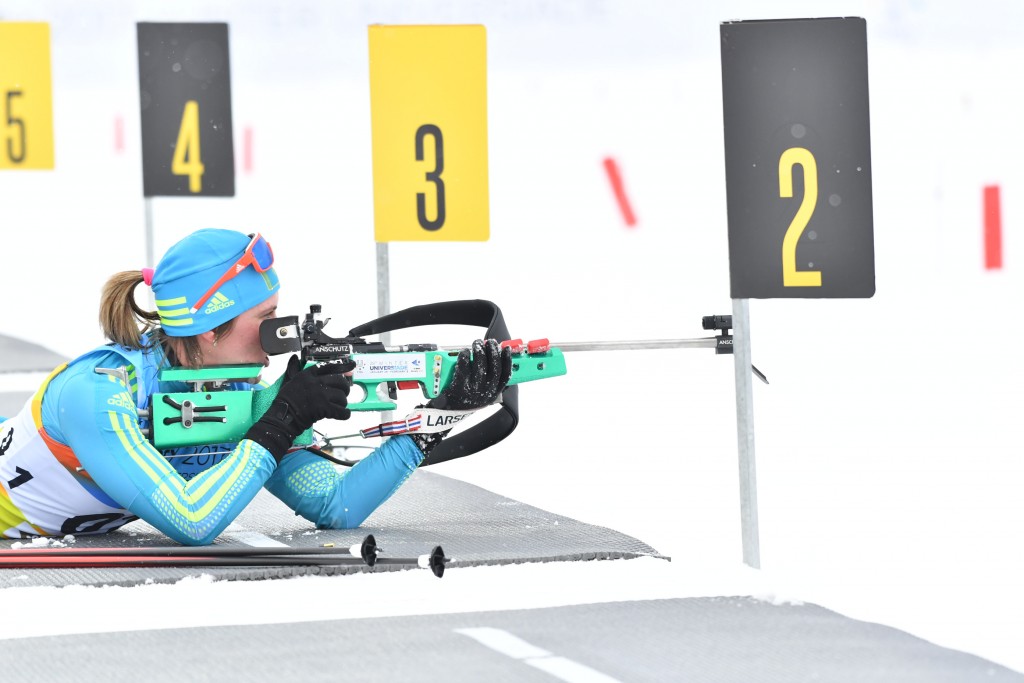 Six gold, two silver and seven bronze medals are so far in Team Kazakhstan’s tally at the games in Almaty. This is already the national student team’s best performances at a Winter Universiade.

Team Russia leads the pack with a total of 31 medals, of which 13 are gold. Japan and France have won three gold medals each while Poland, China and Italy have two medals each, with South Korea, Belarus, and Latvia claiming one gold each. The multi-sports student games continue in Almaty until Feb. 8.