ASTANA – Minister of Culture and Sport of Kazakhstan Arystanbek Mukhamediuly has announced that the cultural programme of EXPO 2017 in Astana will consist of more than 3,000 events. 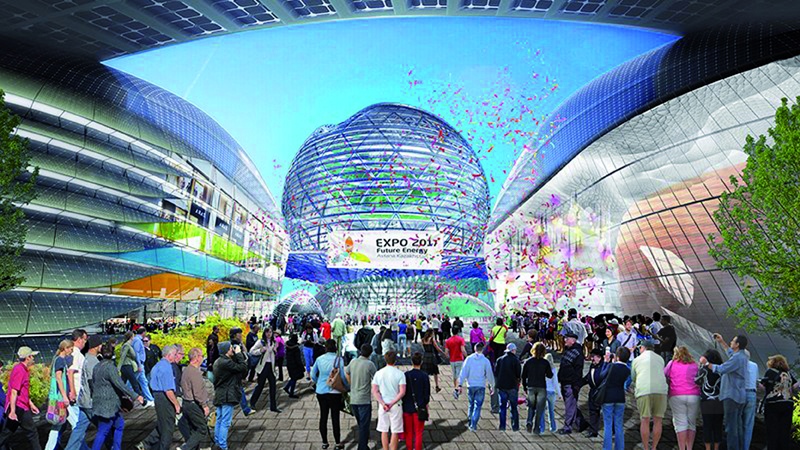 “Over three months from June 10 to Sept. 10, Kazakhstan and its capital will be the subjects of world attention. Several million participants and visitors are expected to visit Astana this summer. Thus, the Ministry of Culture and Sport, the akimat (mayor’s office) of Astana city and the Astana EXPO 2017 national company are working on the implementation of a comprehensive programme of more than 3,000 events,” said Mukhamediuly.

Twenty tents and 13 sectors of the expo will showcase the diversity of Kazakh national culture, art and sport. The programme will launch with the beginning of EXPO 2017 at the territory of Kazanat hippodrome, Mukhamediuly said.

Artists from well-known theatres from around the world will also perform for expo visitors, the minister reported. Italy’s La Scala theatre, sponsored by Italian oil and gas company Eni, will make a stop in Astana, as will Russia’s Mariinsky Theatre.

The Swiss company Rolex has become a sponsor of Plácido Domingo’s Operalia, an international young vocalists’ competition, which will give a final performance at Astana Opera.

China’s famous Terracotta Army soldiers will be on display at the National Museum of Kazakhstan, Egypt will bring a collection of archaeological objects from ancient Egypt, the State Hermitage Museum and the Association of the Museums of France and others will also be creating exhibits, Mukhamediuly said.

Open-air performances of “Don Quixote,” “Aida” and the Kazakh classic “Kyz Zhibek” will be staged. Kazakhstan’s guests will be able to see Kazakh musicals including “Astana,” “Love Poem,” “Dostar Serti” and others, and a symphonic orchestra of 800 musicians from Novosibirsk, the Mikhailovsky Opera and local companies will perform the Eighth Symphony of Austrian composer Gustav Mahler.

The Eurasia Dance Festival, which will highlight global ballet stars, and a theatre festival dedicated to the 80th anniversary of local artist Asanali Ashimov, will be held during the expo, and a competition among singers of the Turkic world will be held in Barys Arena

Mukhamediuly also noted that a number of major sporting events will be held during the expo. “In terms of the sport programme, there will be five world championships, two Asian championships, the Kazakhstan President’s Football Cup, the President’s Challenger Cup of Tennis, the Silk Road 2017 international rally, the 55th anniversary of the International Convention of the World Boxing Council and an evening of professional boxing,” concluded the minister.