Day of Gratitude – a celebration of Kazakhstan’s multiethnic society

ASTANA – The Day of Gratitude was celebrated for the first time last year. President Nursultan Nazarbayev established the holiday for people of different ethnic groups living in Kazakhstan to rejoice and celebrate their co-existence as one whole nation.

“They were unloaded from cattle wagons, where livestock had been transported, in the open steppe and villages with nothing but small bags and sacks in their hands. Only Kazakhs were living in the steppes back then and only they could accept these newly-arrived people. Kazakh families, themselves living in dire conditions after the [second world] war, accepted these people in their adobe-built houses. I am not telling this because I learned it from some history book; our family, living in a small two-bedroom adobe-built house of 10 square metres each, sheltered a family with three children.”

The Day of Gratitude is celebrated March 1 – the day APK was established in 1995. Konstantin Kim, Korean Ethno-Cultural Association (ECA) Press Secretary and Chief Editor of “Koryo Ilbo,” a newspaper about the local Korean community in Kazakhstan, talked about the significance in an exclusive interview with The Astana Times. 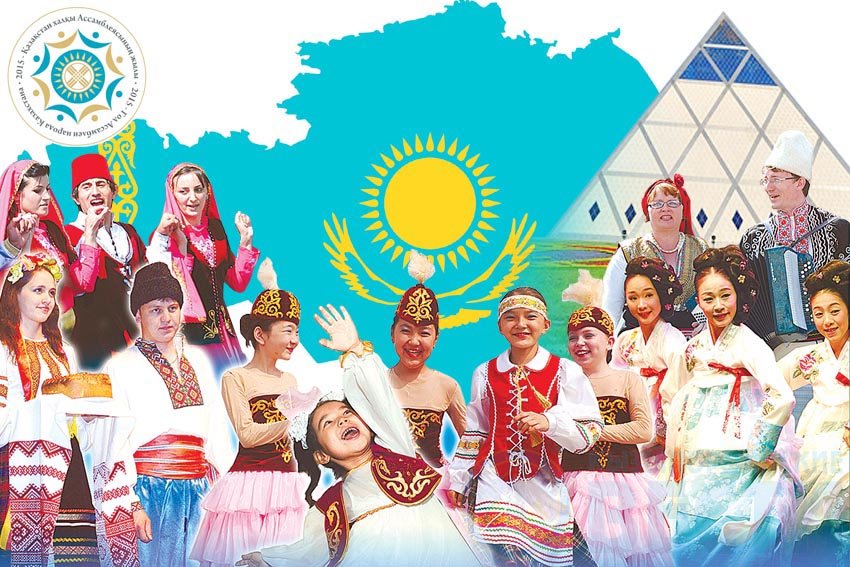 “However, as for the Korean ECA, back in 2012 upon the Korean ECA’s initiative in the town of Ushtobe [in the Almaty region], we erected a memorial as a gesture of appreciation and gratitude on behalf of all the deported nations,” he Kim.

“The President said we must thank one another – our colleagues and neighbours – and appreciate being able to live in the multi-ethnic, bonded environment. But as for us, the deported nations, we must thank Kazakhs for accepting our ancestors on their land, for sharing their houses and for helping us survive in the harsh times. Today, all the conditions for all the nations living in Kazakhstan have been created for them to thrive and live in. Mind you, out of 130 ethnic groups more than 60 were deported; this gratitude is the gesture of thanks to the Kazakh nation as a whole,” he added

The ECA holds events at the Ushtobe memorial every year.

“We often talk to the youth – arrange meetings between the younger and older generations. The veterans speak about what this hospitality meant for them; they explain to the younger generations why this day is so important today, what the Kazakhs have done to help people survive, how we, together, have been building the independent state and that this is our shared history, so the youth would feel the importance of this history and would contribute to the development of the future Kazakhstan,” said Kim.

A similar memorial was built in Uralsk in 2012, he noted.

“It was also erected at the initiative of the Korean ECA. The Korean association has felt this duty before as well and to demonstrate this gratitude erected these memorials for the next generations to remember our history,” he said.

“Certainly, there is no way we could pay Kazakhs back what they have done for all nations that have been forced to relocate; there isn’t enough money or treasures in the world. Nonetheless, we must remember this token of life and praise it; to stay united, to preserve peace, as that’s what is making us continue thriving in our country. It is a good thing we now have this holiday. It is a symbol of friendship and it’s a true national holiday,” he added.