By Ilyas Omarov in Sports on 7 February 2017

ASTANA – With a narrow 1:0 victory on home ice over Dinamo Riga last weekend, the Barys hockey club virtually secured its place in the Gagarin Cup playoffs three rounds before the end of the regular season of the Continental Hockey League (KHL). 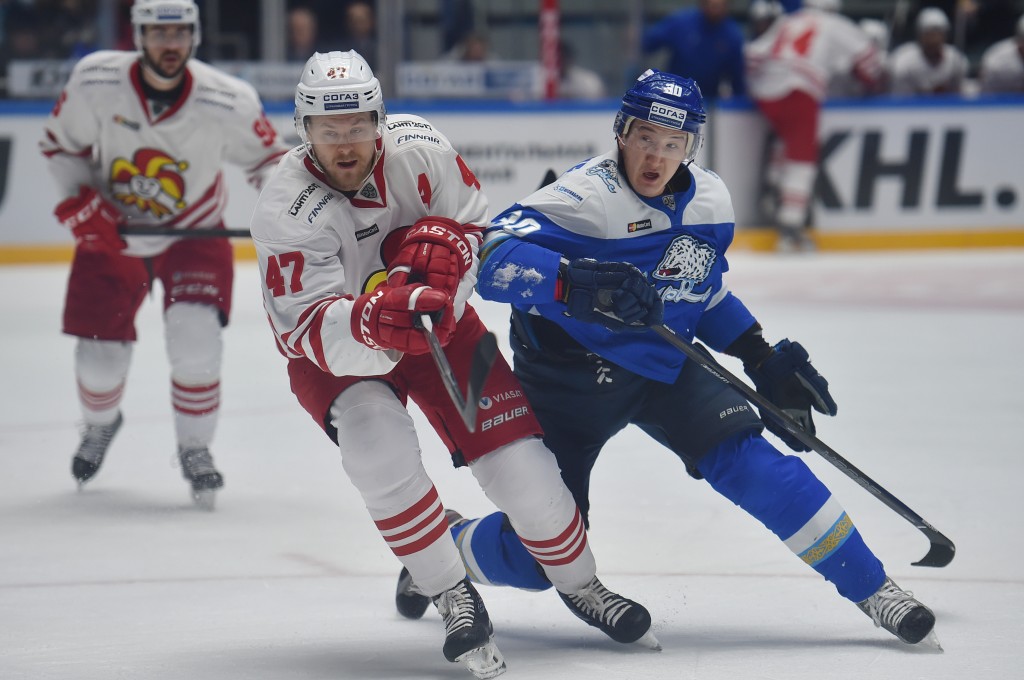 Now, the “snow leopards” occupy the fifth spot in the Eastern Conference table with 87 points, having a comfortable advantage over their main rivals – the League’s first Chinese club – Kunlun Red Star, with its 83 points, HC Admiral Vladivostok and HC Salavat Yulaev Ufa, with 82 points each (in addition, the Ufa club played one more game).

Barys will play the remaining three games at home. On St. Valentine’s Day, Feb. 14, they will host  HC Sibir Novosibirsk, and then on Feb. 16 and 18 – Metallurg Novokuznetsk and Avangard Omsk. Perhaps the most challenging will be a rivalry with Sibir, which has a real chance of getting into the playoffs. At the same time, Metallurg has long lost its chances while Avangard, on the contrary, has long ago secured the second place in the East.

In the three matches, Barys needs to score only two points to secure a place in the playoffs, or seven to keep fifth place in the East. Kunlun Red Star and Admiral, in contrast to Barys, will play their last games of the regular season in tough away matches with strong teams from the Western Conference, and, therefore, risk missing on the desired points. All this can significantly simplify the Astana club’s task of reaching the coveted eight of the Gagarin Cup playoffs.