By Aiman Turebekova in International on 28 February 2017

ASTANA – A Kazakh delegation to the United Nations Security Council (UNSC) called for unimpeded access for humanitarian organisations to deliver food to South Sudan and offered recommendations to improve the UN peacekeeping mission there during a Feb. 23 regular UNSC session on the UN Mission in South Sudan (UNMISS). 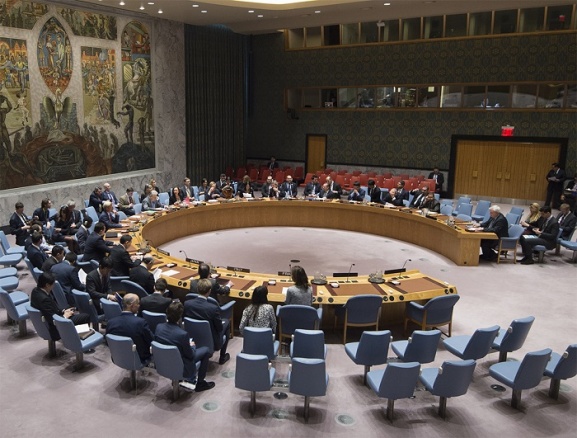 The conflict in South Sudan has displaced 1.85 million internally and 1.3 million refugees have fled to neighbouring countries, including 450,000 since the July 2016 violence.

It has also contributed to the impact of a declared famine, which has resulted in malnutrition and 40 percent of the population, said council members. The Food and Agricultural Organisation, the UN Children’s Fund and the World Food Programme announced Feb. 20 that: “the total number of food insecure people is expected to rise to 5.5 million in South Sudan.”

Approximately one-third of the population requires emergency food assistance and the World Food Programme estimates that the “situation is expected to further deteriorate during the peak of the lean season from May to July 2017.”

In their statements, participants of the session were unanimous in the understanding that the conflict in South Sudan and its impacts can be resolved only through a political settlement based on the full implementation of the August 2015 peace agreement.

In early November 2016, the UN Secretariat established a taskforce, headed by Wane, to implement the recommendations of the report of the special investigation within three months. The assessment reportedly noted that UNMISS continues to face obstacles in carrying out its responsibilities. The freedom of movement of UNMISS personnel continues to be restricted by government forces.