By Dana Omirgazy in Culture on 2 February 2017

ASTANA – Astana Opera will premiere their production of “Kyz Zhibek” by Yevgeny Brusilovsky Feb. 10-11, the theatre has announced.

After “Kyz Zhibek” was released as a film in 1970, the legend of love between two young hearts became widely known. But the tale, preserved in a folk poem about a Kazakh girl, was first performed in the theatre in 1934. 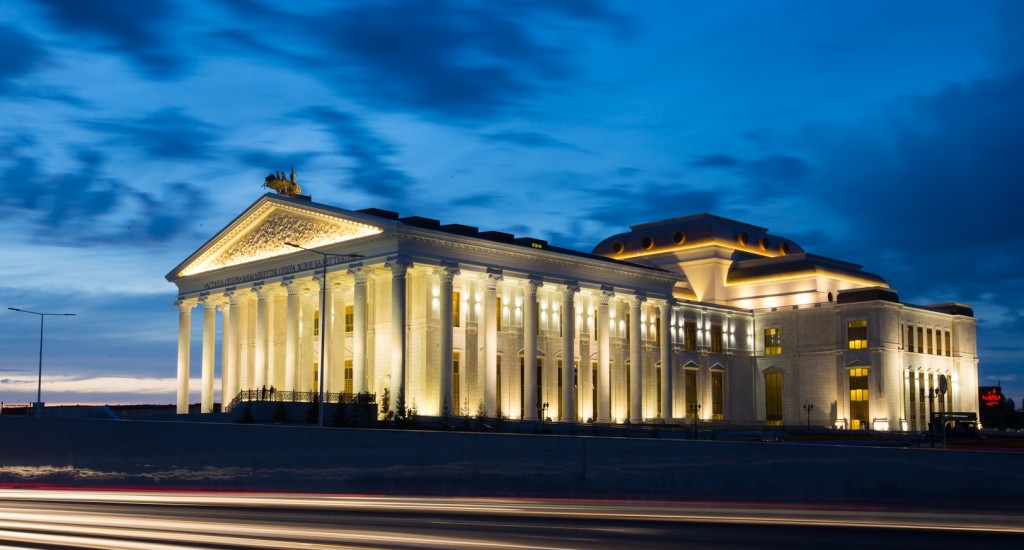 Great national writer Gabit Musrepov based the libretto for the “Kyz Zhibek” opera on that epic lyric poem. Now, 83 years later, Astana Opera will present the great project of Brusilovsky and Musrepov in a modern version.

“Brusilovsky’s music remains the same. We have recovered several musical performances that were not used in previous famous productions. In the new version, the opera will be more dynamic. Soloists feel more comfortable on the stage with the musical recitatives because there is no need for them to transform into dramatic actors, who have completely different means of expression not typical for vocalists. The orchestra has quietly become richer as well,” Music Director and Conductor, Honoured Worker of Kazakhstan Abzal Mukhitdinov said.

The folk poem “Kyz Zhibek” expresses a dream of happiness, talks about loyalty to loved ones and friends and celebrates bravery and honour. The opera is based on a story of two lovers, Zhibek and Tulegen. Beautiful Zhibek rejects the suit of the overbearing Bekezhan. She will only marry her one true love. She chooses Tulegen, who has come from far away, intrigued by tales of the beautiful girl. However, Bekezhan kills him, cutting off a beautiful love story. 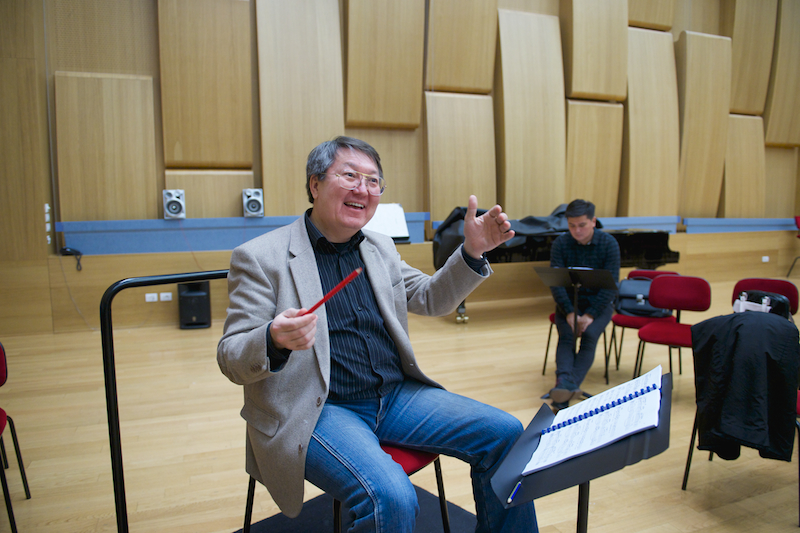 Mukhitdinov has also introduced a children’s choir for the first time and uses the sounds of traditional instruments both as solo performances and in collaboration with the Astana Opera Symphony Orchestra. Thus, along with classical instruments, the audience will enjoy folk instruments including the dombra, kyl-kobyz, shan-kobyz, zhetіgen and kerney.

“Vintage national instruments add special colour to the sound of the opera. However, now I am working on another version of instrumentation, so that it could be performed by the standard symphony orchestra composition. I hope that this opera will become very popular and in-demand after our performance. It is close to the heart of every Kazakh person, and at the same time it talks about what all people are always interested in, what stirs their minds – love, the struggle between good and evil, loyalty and betrayal,” Mukhitdinov noted.

Principal Stage Director of the Bolshoi Theatre of Belarus and the Samara Opera and Ballet Theatre Mikhail Pandzhavidze, famous for his unique style and unusual approach to opera, is supposed to surprise Kazakh audiences with his choices as stage director of “Kyz Zhibek.” 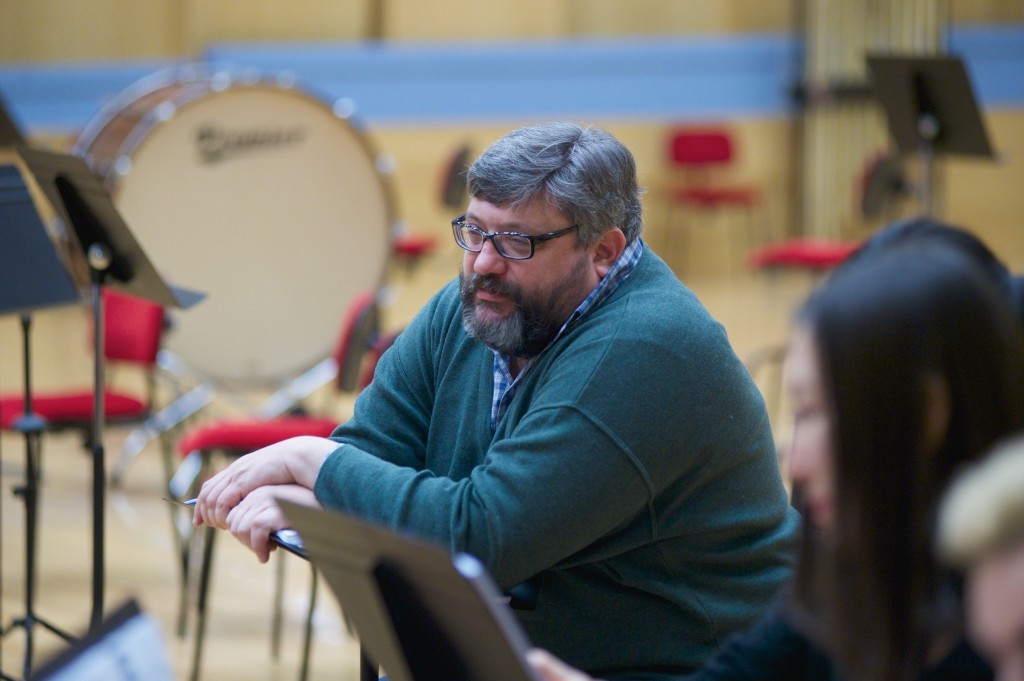 Having studied the traditions, culture and lifestyle of Kazakh people, the Russian director brought great enthusiasm to his work for “Kyz Zhibek.” Pandzhavidze will show the change of all four seasons in his modern production. Although this is his first work at the Astana Opera House, Pandzhavidze met Astana audiences and opera singers in 2010 when he staged Jacques Offenbach’s opera “Les Contes d’Hoffmann” at the Baiseitova Opera House.

Designers Sofya Tasmagambetova and Pavel Dragunov, who have been working in tandem for almost 10 years, are responsible for the costumes and sets for the new production. Astana Opera’s Costume Shop will use a record number of costumes for this fairy tale: 350 sets.

Set designers have created an immense steppe with an unusually blue sky, high hills, a large caravan and a mysterious city of artisans on the stage. 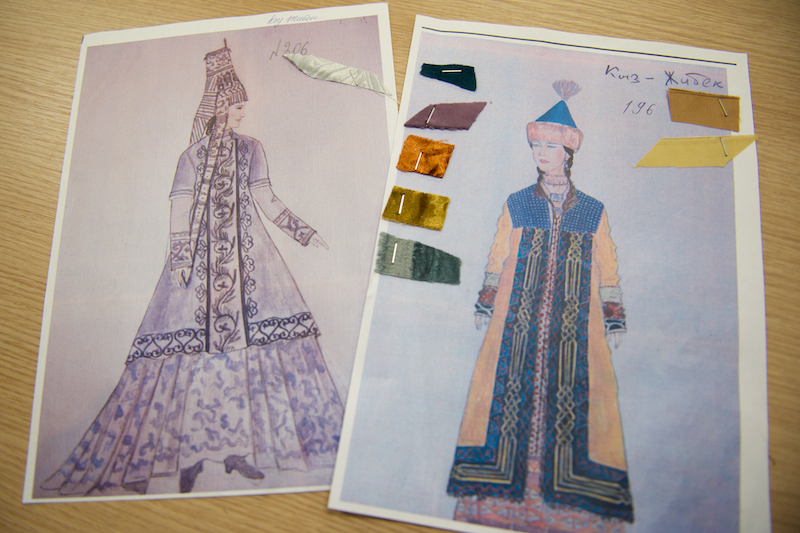 “We will not only show the everyday life of people that existed 500 years ago, but create a specific atmosphere, convey the spirit of that era,” the designers noted.

“Kyz Zhibek” depicts a woman wanting to freely choose her life partner, and stage directors have often deliberately emphasised the tale’s protest against marital traditions and customs of courtship in Kazakh society. The main characters, Tulegen and Zhibek, embody the ideals of freedom-loving youth. Directors have portrayed them as representatives of the traits people want to see in the younger generation – however, Pandzhavidze says the new production will differ from previous examples of his colleagues.