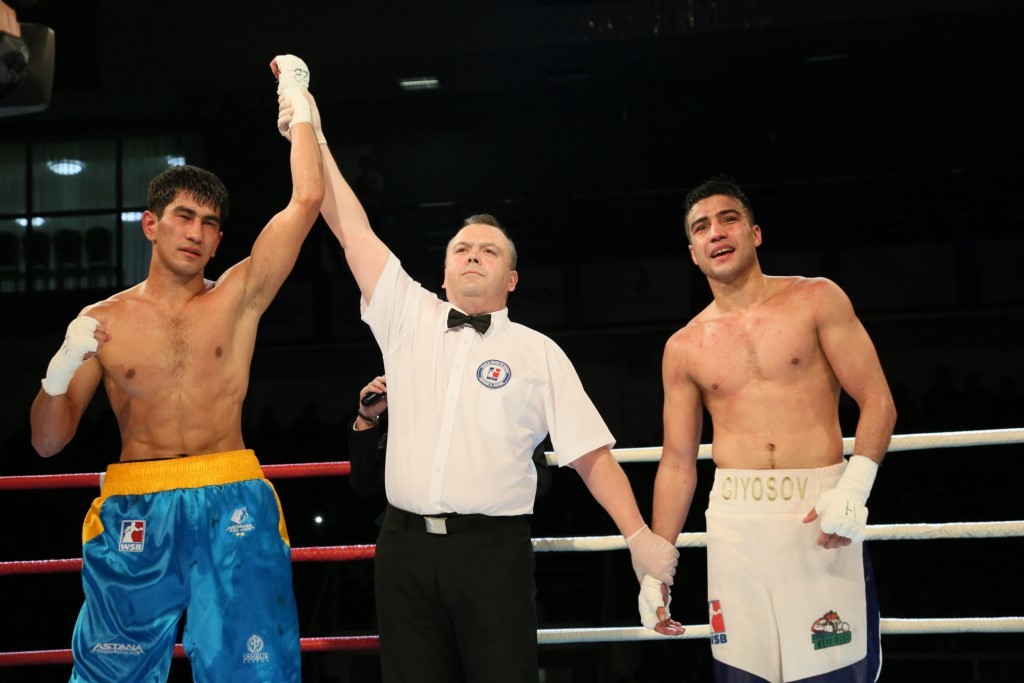 ASTANA – The Astana Arlans, the two-time World Series Boxing (WSB) winner, has started the franchise’s new season with two impressive victories – 3-2 over the Russian Patriots in Moscow and 4-1 at home in Taldyqorghan over the Uzbek Tigers.

In the match, Temirtas Zhussupov (up to 49 kg) lost to his Russian opponent Bator Sagaluyev in the opening bout. Next, 2014 Asian Games champion Ilyas Suleimenov (up to 56 kg) evened the score, defeating Artem Khotenov by unanimous decision. Radmir Abdurakhmanov (up to 64 kg) beat Dilmurat Mizhitov to bring the Russian team forward again.

Astana’s Abilkhan Amankul fought against Radzhab Radzhabov in the up to 75-kg weight category. The Kazakh boxer won the bout, knocking out his opponent in the fourth round. The fight in the 91-kg weight category was decisive. Anton Pinchuk took an uneasy win over Ilya Kvasnikov, bringing the Arlans its first win of the season.

“It is always nice to return with a remarkable win. This fight was quite tough. We had to work hard to win. There were many tactical moments during the fight where I had to show grit. Character, strength and experience helped to win,” said Pinchuk.

After the match, Astana Arlans general manager Serik Sapiyev was clearly pleased with his team’s result.

“Of course, I am happy that everything went well and the match ended with our win. Each of our fighters showed good boxing tonight, as each sought to win his bout. Some of them lacked luck, some lacked skills to win. However, despite two failures I am very pleased with the result, as we secured a victory over a [strong] Russian team. We have ambitious goals in the new season and we must try as best we can to achieve them and prove the high level of the Kazakh boxing school once again,” he said.

A week later, the Arlans earned a win over Uzbek Tigers. Last season, the Kazakh and Uzbek teams met twice and exchanged wins with the same 4-1score. Unlike the Kazakh team, the beginning of the new season was not successful for Uzbek squad, who lost to the Chinese Dragons in the away match. 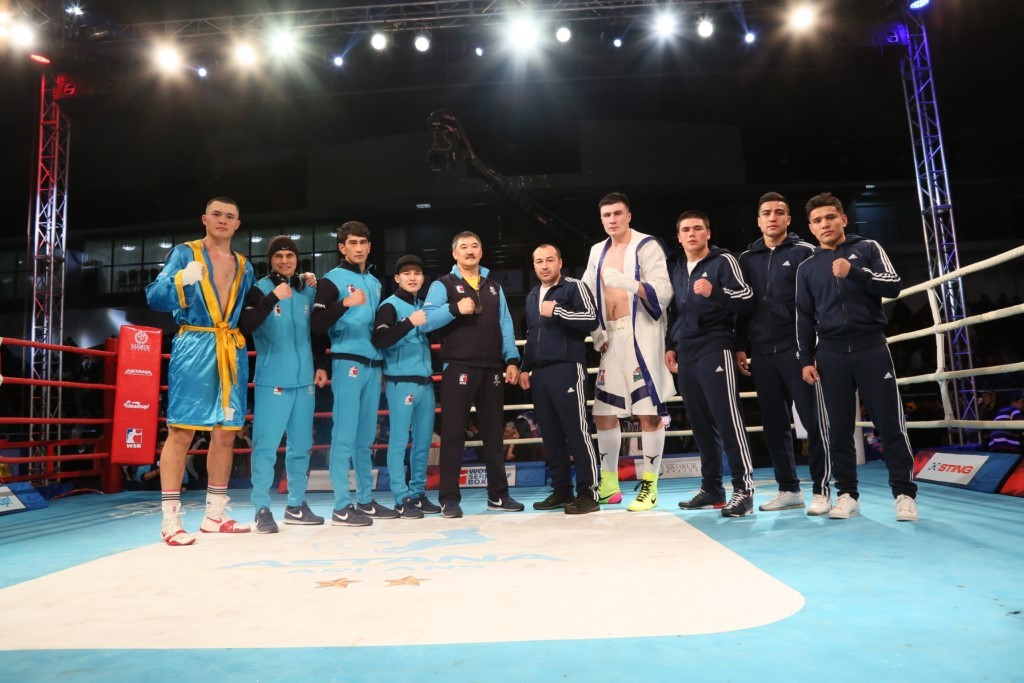 Lightweight (up to 52 kg) category boxers Sattybayev and Abrorzhon Kodirov opened the match. Sattybayev has not participated in WSB for almost a year and obviously missed the format. The Arlans’ new captain controlled the bout with confidence and after five rounds won by the judges’ unanimous decision.

In the 60-kg category, the Arlans were represented by Zakir Safiullin, who fought 2016 Olympic medallist Murodzhon Akhmadaliyev. The Kazakh boxer had an advantage and his final win was never in doubt.

The third bout of the evening turned out to be the most emotional one. Aslanbek Shymbergenov (up to 69 kg) took quite an uneasy win over 2016 Olympic silver medallist Shakhram Giyassov.

In the 81-kg category bout, Nurdaulet Zharmanov fought against Bektimir Melikuziyev. The competitors were quite equal, but the judges gave the victory to Melikuziyev, who thus scored the team’s first win.

The WSB is a league that sees the world’s best amateur boxers competing in teams without headgear and using the scoring system of the International Boxing Association (AIBA). According to the WSB website, the origin of the league “reunited the broader boxing world and its grassroots amateur foundation by providing a bridge between Olympic Boxing and a future professional programme within the AIBA family.”

WSB is wholly owned by AIBA. All WSB boxers are also registered with AIBA and all referees and officials working at WSB matches are specifically certified for the competition. Franchises have a national identity and are formed by national federations. Teams are allowed a quota of overseas boxers: a maximum of eight in total and no more than three of the same nationality.

Teams representing franchises across the globe compete in a league format leading to playoffs and a final. The boxers compete without vests or headgear in five three-minute rounds and five bouts per match.

This year, WSB includes three geographically-based groups each with four teams. The Arlans are in the Asia group with the Russian Patriots, Uzbek Tigers and China Dragons. The other groups are Americas and Europe and Middle East and Africa. The first two teams from the groups and two best-ranked third teams will reach the playoffs.