Winners of ‘On the Silk Road Together’ Competition Revealed

ASTANA – Twenty-four winners of the best publications about China recently received awards in the On the Silk Road Together competition in Astana. 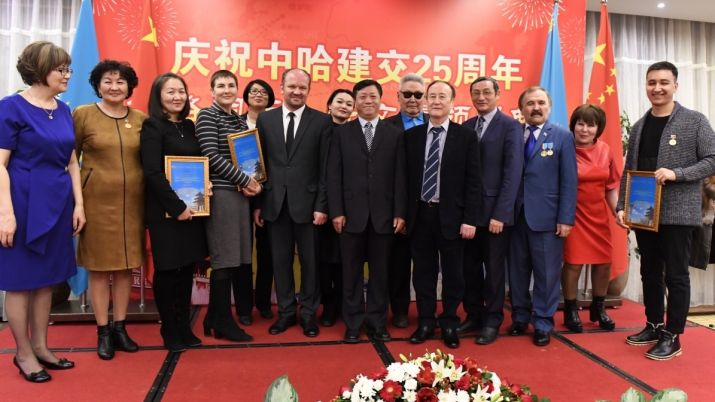 The contest was dedicated to the 25th anniversary of establishing diplomatic relations between the two countries and was organised by the Kazakhstanskaya Pravda newspaper and the embassy of China in Kazakhstan. The contest was held from Aug. 25 to Nov. 30, 2016.

More than 80 people regardless of their profession, age, or region of residence had the opportunity to take part in the competition. The winners received diplomas, prizes and a gala dinner invitation hosted by the Chinese ambassador to Kazakhstan.

“I am confident that the On the Silk Road Together competition is a big and influential event before EXPO 2017. China and Kazakhstan have a good relationship. We maintain close communication on global and regional issues. Of course, we are willing to continue to maintain close cooperation with Kazakhstan to contribute to the maintenance of peace and stability and development throughout the world,” Chinese Ambassador to Kazakhstan Zhang Hanhuey said.

“Relations between Kazakhstan and China have started to develop for a long time. This year, we are celebrating the establishment of the 25th anniversary of our diplomatic relations. The contacts between the leaders of our countries, the implementation of joint projects and the coupling of a number of programmes give specific impulse to the development. Every day, we are discovering China in a new way and the works that were sent to our office as part of this competition prove this fact,” Kazakhstanskaya Pravda Board Chairman Vyacheslav Pashchenko said.