US-Kazakh Relations to Grow Despite Many Changes in 2017, Says US Ambassador

By Dmitry Lee in International on 13 January 2017

ASTANA – The United States, one of the top foreign investors in Kazakhstan, is about to witness Donald Trump’s inauguration on Jan. 20, as the 45th and probably one of its most controversial Presidents. Will policies under the new administration affect U.S.-Kazakh relations? 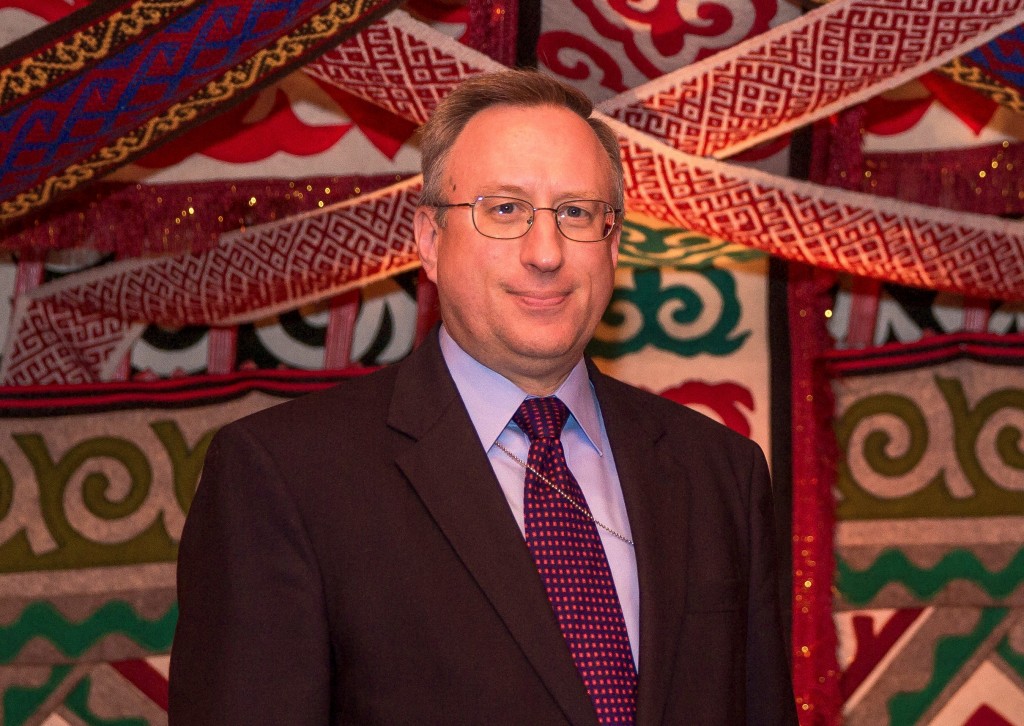 The Astana Times interviewed the current U.S. Ambassador in Astana, George Krol, in search of answers.

Numerous U.S. companies have invested more than $26 billion in Kazakhstan, making the country one of the top foreign investors, primarily in natural resources, manufacturing, and services, said Krol. Last year the trade turnover between the two nations totalled $1.4 billion, with more than 400 U.S.-Kazakh joint ventures created throughout the years. The U.S. also aided Kazakhstan during its accession to the World Trade Organisation (WTO).

Kazakhstan began Jan. 1 as a non-permanent member of the UN Security Council, which Krol called an historic happening in the life of the independent, 25-year-old country.

The ambassador highlighted the country’s competitive edge in numerous sectors and spheres, such as the food industry, petro chemistry, metallurgy and agriculture.

“As an example, we are cooperating with the Ministry of Agriculture and grain producers to increase production of nutritionally fortified wheat. With U.S. investment and technology, crops from Kazakhstan could significantly improve the nutrition and health of people throughout Central Asia. We are also closely cooperating with the animal husbandry sector. Over 8,000 American cows and bulls have been imported into Kazakhstan to improve local stock,” he said.

Starting Dec. 29, the U.S. and Kazakhstan agreed on issuance of 10-year visas for their citizens, a step in bilateral relations that will facilitate travel and boost tourism and business ties, said Krol.

“The ties between our peoples are some of the most important links between our two countries and the introduction of 10-year visas will only strengthen those links. The introduction of 10-year-validity business and tourism visas lets Kazakh and American citizens spend more time planning their travel and less time worrying about visa forms. We strongly believe the 10-year visas will help more Kazakhs and Americans get to know each other better and do business together. Thousands of Kazakhs would be able to travel to the U.S. to obtain education or improve their professional qualifications. Here, in Kazakhstan, hundreds of Americans have worked as English teachers, some through U.S. government programmes like Fulbright or Peace Corps. American teachers would be able to continue to support Kazakhstan’s vision of becoming a trilingual society,” he added.

Kazakhstan’s major event of the year, EXPO 2017 in the capital Astana, will carve out the country’s image throughout the three-month exposition from June-September. Krol, the commissioner for the U.S. pavilion, praised the ongoing construction of the site.

“The U.S. is moving forward expeditiously with the required internal procedures to allow us to participate in EXPO 2017. The State Department has chosen a contractor for the U.S. pavilion, APCO Worldwide; architects and planners designated by APCO will be here in January to survey the pavilion and finalise the plans necessary for them to take possession,” he said.

“I want to commend Kazakhstan on the excellent preparatory work it has already done at the EXPO site and I believe EXPO 2017 will serve as a valuable platform for businesses, governments and other organisations to advance global cooperation on clean energy. Several U.S. companies including GE, Chevron and Fluor, have pledged to sponsor the U.S. pavilion,” he added.

Under the new administration, Krol noted the interests of the U.S. in “promoting peace, stability and prosperity in the region and globally will not change, nor will our commitment to a vital partnership with Kazakhstan.”

“Relations between the U.S. and Kazakhstan will continue to grow and strengthen based on the firm foundation of mutual respect and shared interests built over the 25 years of Kazakhstan’s independence,” he added.

“In 2016, the U.S. and Kazakhstan marked the 25th anniversary of diplomatic relations between our two countries. This development highlights the strong partnership that our two countries have forged over the last 25 years and symbolises the United States’ commitment to friendship with the people of Kazakhstan in the decades to come. We look forward to new developments in our partnership in 2017,” said Krol.