By Aigerim Seisembayeva in Nation on 31 January 2017

ASTANA – Kazakh President Nursultan Nazarbayev during a Jan. 30 televised statement outlined the topics to be covered in his annual address to the nation, which was released Jan. 31 in written form. 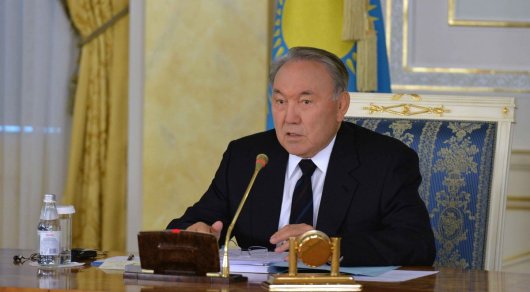 The strategic document, printed in the media on Jan. 31, focuses on what Nazarbayev considers to be the country’s new, third stage of modernisation.

“The first one was the creation of an entirely new state based on the principles of a market economy. The second was the implementation of the Strategy 2030 and the creation of our country’s capital, Astana,” the President stated.

The President noted that Kazakhstan has been developing at an accelerated pace and has become one of the 50 most-developed countries. Drastic changes in the technological sphere require a transition to a new model of economic growth, he said, which is why his address is devoted to the third stage of modernisation.

“Our task is to ensure our country’s global competitiveness in the new reality. The basis of our actions is the Plan of the Nation on implementing the five institutional reforms,” Nazarbayev highlighted.

One of the key priorities of what the Kazakh leader calls the third modernisation is the economy’s accelerated technological renovation. It implies the creation of new promising sectors on the basis of digital technologies.

The President noted the importance of improving further the business environment and conditions for mass business.

“It is necessary to minimise state involvement in the economy, reduce all possible costs for businesses and develop public-private partnerships,” he noted.

Nazarbayev named agriculture, transport, logistics, real estate market, education, healthcare and social protection of the population among issues of paramount importance in the future development model. The country’s macroeconomic policy, according to him, also requires modernisation.

The head of state instructed the government to develop a strategic plan of development until 2025 on the third modernisation of the country called “Kazakhstan’s national technological initiative.” It is to act as a response to modern challenges.

Nazarbayev emphasised all of the abovementioned measures seek to ensure the country’s economic growth in the long run.

“The state’s political modernisation project has been published recently. Both of these initiatives complement each other and serve as long-term goals for the country,” the President said, noting that this is the only way to achieve the Kazakhstan 2050 Strategy’s main goal of joining the top 30 most-developed countries in the world.

These are the key areas of technological modernisation of Kazakhstan, he said. In conclusion, the President expressed confidence the people of Kazakhstan would support the proposed measures.