By Zhanna Shayakhmetova in Op-Ed on 24 January 2017

ASTANA – Fighting corruption is one of the priorities of Kazakhstan’s 100 Concrete Steps programme, the massive reform project intended to accelerate the country’s development.

The agency plays the major role in implementing the law “On combating corruption” and devising anti-corruption strategies. Its activities meet the requirements of Article 36 of the United Nations Convention against Corruption, which requires states to ensure the existence of a body or bodies specialised in combating corruption through law enforcement. 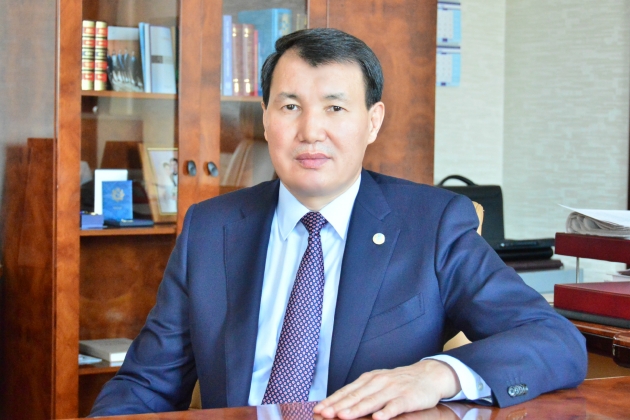 The agency works not only to punish, but also to detect and prevent corruption crimes and offenses. It also administers the civil service and evaluates and controls the quality of public services.

“More than 60 laws, including ‘On civil service,’ ‘On access to information,’ ‘On public councils’ and other laws with regulations aimed at eliminating the causes and conditions of corruption were adopted as part of the Plan of the Nation. The strict observance of the principle of inevitability of punishment for corruption crimes and the improvement of the relevant rules of criminal liability are in focus,” Shpekbayev said.

Work on detecting and stopping corruption offenses is currently underway. More than 1,800 administrative officials pleaded guilty in bribery cases with a total monetary damage of 48.5 billion tenge (US$145.5 million) in the last two years. Recovery amounts and seized property accounted for 32.6 billion tenge (US$97.8 million).

A new corruption prevention institution is being implemented. This year, the agency, in cooperation with other interested state bodies, conducted 159 analyses of corruption risks identified in various areas of business and management. From this work, 1,600 recommendations to address these issues were sent to the relevant ministries and departments and 65 percent of them have already been put in place.

The Public Agreement Project to unite the efforts of state and society has also been put into operation. The project currently unites 2,600 organisations and 54,000 citizens are participating in its activities to reduce corruption.

The agency initiated the Civil Control Project, through which 600 appeals were reviewed. Adal Urpak (Equitable Generation), a public youth movement designed to cultivate the principles of honesty and integrity among youth, was organised in a number of regions.

Shpekbayev calls all of this evidence of the beginning of the transition from declarations to implementing specific joint projects and enacting more effective cooperation mechanisms.

Despite a slight overall decrease of Kazakhstan’s position in the Global Competitiveness Index of the World Economic Forum, its indicators on corruption showed significant positive movement and improved for the second year in a row in terms of fighting informal payments and bribes, transparency of decisions and illegal use of public funds.

“We made a rapid leap, moving from 81st place to 28th since 2008,” Shpekbayev said about Kazakhstan’s entry into the top 30 countries in the E-Government Development Index. “Today we are very close to the countries with a very high level of e-government development. There is also a positive trend in the measurements of public opinion. According to the Global Corruption Barometer 2016, there is a two-fold increase in the proportion of citizens watching the progress of anti-corruption, a four-fold increase in the number of people who are ready to actively oppose corruption and the number of people who give bribes fell by more than a quarter compared to the results of three years ago.”

The next step, he said, is tackling corruption in the sphere of purchases made in the quasi-public sector of the economy.

“International and our own experience demonstrate that effective anti-corruption efforts by state agencies are not enough. Systemic measures affecting the activities of all the institutions of society are needed. The most effective way of combating corruption is to unite the efforts of all interested parties, including government agencies, businesses, nongovernmental organisations and every citizen,” he said.

These approaches are provided in the Anti-Corruption Strategy for 2015–2025 adopted on the initiative of President of Kazakhstan Nursultan Nazarbayev. Preventive measures to eliminate the causes and conditions that give rise to corruption in various spheres are the main priority of this strategy. The emphasis is on removing causes of corruption rather than fighting its consequences.

The anti-corruption policy is based on a trinity of preventive, educational and punitive measures, which meets the best international standards in this area.

“A performance evaluation system for civil servants to determine the size of annual [bonuses] will be introduced in 2018. The turnover of employees declined two times and ‘team movements’ fell to a minimum in the first two years since the implementation of the law ‘On state service.’ These approaches will be introduced in law enforcement this year,” Shpekbayev added.

Today, the country needs not only qualified and motivated professionals: high ethical standards and good conduct are also necessary.

“The Code of Ethics developed by the agency should not be considered a set of good intentions. It contains clear standards of behaviour and is one of the main types of regulatory activities. Failure to comply with the Code of Ethics is seen as a sign of professional incompetence with all its consequences. Violations of ethical standards creating conditions for corruption will be prevented. Twenty two people were dismissed from the civil service following the recommendations of the Council on Ethics last year,” he said.

Improving the quality of public services provided to individuals and legal entities is also a priority for the agency.

“Consistent work on expanding the register of these services is underway. Today this number has increased to 731. A third of these services is provided in an electronic format. The number of complaints received from individuals and legal entities fell by 11 times in the last five years,” he said.